Mr. President, you are a goddam liar. 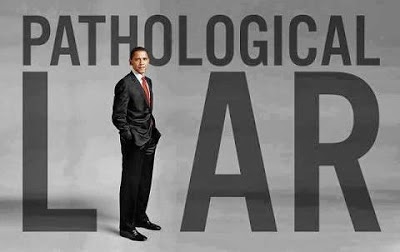 Barack Obama is a fundamentally dishonest man. I have stated here repeatedly that I believe him to be a sociopath– not unlike Frank Underwood in House of Cards and I am more convinced of it every time Obama speaks. His endless lying about the ACA is the stuff of legend but what really stands out is his sheer audacious mendacity. When asked if he mislead the country about the ACA, Obama said unequivocally:

Barack Obama is a bald faced liar.  And he just can’t stop. The other night Obama appeared on the TV show of his water boy Jonathan Stewart. In the “interview” Obama blamed Congress for the IRS targeting conservative groups:

President Obama last week blamed the targeting scandal not on poor management but on “crummy” legislation he said Congress passed that gave his employees confusing instructions, and on funding cuts. He said the IRS wasn’t able to do its best work as a result.

Moreover, he called them “stupid.”

“Congress has passed a crummy law that didn’t give people guidance in terms of what they were trying to do. They did it poorly and stupidly,” Mr. Obama told “Daily Show” host Jon Stewart. Stewart sat there like a liberal bobble head.

Judicial Watch now has concrete proof that the IRS tried to cover up the IRS targeting of conservatives.

In one Nov. 3, 2011, exchange between Ms. Lerner and Cindy Thomas, a program manager in the Cincinnati office that was handling the cases and was involved in a back-and-forth with Washington, the IRS admitted to having hundreds of cases stacked up and awaiting action.

Afraid of congressional pressure, Ms. Thomas ordered one of the inquiry letters to be sent, just to prevent one of the organizations being held up from complaining.

“Just today, I instructed one of my managers to get an additional information letter out to one of these organizations — if nothing else to buy time so he didn’t contact his Congressional Office,” she wrote in the email released by Judicial Watch.

Ms. Thomas said she feared a judge would get involved soon and order the IRS to move the applications more quickly.

That email exchange did confirm that IRS employees in Washington were deeply involved in making decisions about the nonprofit groups’ cases.

Thing is, the IRS long ago admitted targeting conservative groups for the 2012 election. They IRS even went on to destroy emails after they had been subpoenaed. It takes a sociopath to lie in the face of facts on television. It takes a kowtowing pathetic canker blossom like Stewart not to challenge that screamingly obvious falsehood. When you consider this list of lies, one wonders how many truths Barack Obama has ever even spoken.

Obama lies are an outgrowth of what French philosopher Jean-Paul Sartre called “bad faith,” in which he not only deceives others, but also himself. In essence, he is choosing to not be free, but engulfed in bad faith. Over time, the habit of lying “divorces [Obama] further and further from reality, so [he] see less and less clearly the choices before [him] and what is at stake in them. Eventually, [he] may be unable to see what [he’s] really doing and how it is affecting others.”

Detached from reality indeed.Obama lies because no one challenges him. He lies because he gets away with it. He lies because he can. He knows his supporters will believe anything he says without so much as a thought and his lapdogs in the media swallow what’s put in their mouths. Some of us won’t swallow.

Mr. President, you are a goddam liar.