Think you know about slavery? You don’t. 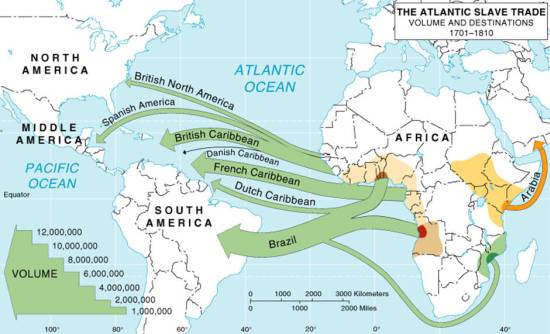 Certain things tend to set off triggers in you. For me it was Don Lemon– when he joined the flag-damning freaking idiot liberal lemmings in their bloodlust considering the removal of the Jefferson memorial:

CNN’s Don Lemon on Tuesday hinted that there will come a day when the United States will have to “rethink” tributes such as the Jefferson Memorial. After a contentious segment with Ben Jones, in which the former Congressman defended the Confederate flag, Legal View host Ashley Banfield brought up the author of the Declaration of Independence.

She reminded, “There is a monument of him in the capital city of the United States. No one ever asked for that to come down.” At first, Lemon asserted that the comparison was not “equal” and that Jefferson “was a part of the entire United States.” He then added, “There may come a day when we may want to rethink Jefferson, I don’t if we should do that. But when we get to that point, I’ll be happy to partake in that particular discussion.”

And so will I.

I’d already warned about this and I got to watch it take place. With each passing day liberals become more and more like ISIS- seeking to purge history of anything they deem politically incorrect according to THEIR version of politically correct history. Let’s go back and look at how slavery came to be. Here are some hard facts.

Thomas Jefferson had nothing but contempt for slavery:

Thomas Jefferson was a consistent opponent of slavery his whole life. Calling it a “moral depravity” and a “hideous blot,” he believed that slavery presented the greatest threat to the survival of the new American nation. Jefferson also thought that slavery was contrary to the laws of nature, which decreed that everyone had a right to personal liberty. These views were radical in a world where unfree labor was the norm.

At the time of the American Revolution, Jefferson was actively involved in legislation that he hoped would result in slavery’s abolition. In 1778, he drafted a Virginia law that prohibited the importation of enslaved Africans. In 1784, he proposed an ordinance that would ban slavery in the Northwest territories. But Jefferson always maintained that the decision to emancipate slaves would have to be part of a democratic process; abolition would be stymied until slaveowners consented to free their human property together in a large-scale act of emancipation. To Jefferson, it was anti-democratic and contrary to the principles of the American Revolution for the federal government to enact abolition or for only a few planters to free their slaves.

But don’t blame Jefferson for slavery. Don’t blame the Founding Fathers for slavery. They didn’t invent slavery, although MSNBC and CNN would have you believe they did.

Slavery wasn’t invented in Africa. It’s probably a Mesopotamian concept, practiced in Sumeria for millennia before it was seen in Africa. Slavery has long been a staple of Islam and Muslim countries. Islam is also indelibly intertwined with African slavery.

Black Africans were transported to the Islamic empire across the Sahara to Morocco and Tunisia from West Africa, from Chad to Libya, along the Nile from East Africa, and up the coast of East Africa to the Persian Gulf. This trade had been well entrenched for over 600 years before Europeans arrived, and had driven the rapid expansion of Islam across North Africa.

By the time of the Ottoman Empire, the majority of slaves were obtained by raiding in Africa. Russian expansion had put an end to the source of “exceptionally beautiful” female and “brave” male slaves from the Caucasians — the women were highly prised in the harem, the men in the military. The great trade networks across north Africa were as much to do with the safe transportation of slaves as other goods. An analysis of prices at various slave markets shows that eunuchs fetched higher prices than other males, encouraging the castration of slaves before export.

In the 1430’s Portugese explorers came sailing down the West coast of Africa looking to trade not for slaves, but for gold (Hence, the Gold Coast). Slavery was well entrenched in Africa by then. The Portuguese discovered they could obtain their desired gold by transporting slaves from one part of Africa to another- from one African slave owner to another. And:

Muslim merchants had an insatiable appetite for slaves, which were used as porters on the trans-Saharan routes (with a high mortality rate), and for sale in the Islamic Empire.

In contrast to the popular notions of TV’s Kunta Kinte and Hollywood, most of the Africans who were enslaved came from the interior of Africa where Europeans dared not venture:

A slave’s journey to a life of servitude often began in the interior of Africa with his or her capture as a prize of war, as tribute given by a weak tribal state to a more powerful one, or by outright kidnapping by local traders. European slave traders rarely ventured beyond Africa’s coastal regions. The African interior was riddled with disease, the natives were often hostile and the land uncharted. The Europeans preferred to stay in the coastal region and have the natives bring the slaves to them.

Dr. Alexander Falconbridge described how it went down (Ibid):

. . . During my stay on the coast of Africa, I was an eye-witness of the following transaction: a black trader invited a Negro, who resided a lit­tle way up the country, to come and see him. After the entertainment was over, the trader proposed to his guest, to treat him with a sight of one of the ships lying in the river. The unsuspicious countryman read­ily consented, and accompanied the trader in a canoe to the side of the ship, which he viewed with pleasure and astonishment. While he was thus employed, some black traders on board, who appeared to be in the secret, leaped into the canoe, seized the unfortunate man, and dragging him into the ship, immediately sold him.

More about the supply of slaves to the traders:

It is important to mention, however, that the supply of slaves to the Gold Coast was entirely in African hands. Although powerful traditional chiefs, such as the rulers of Asante, Fante, and Ahanta, were known to have engaged in the slave trade, individual African merchants such as John Kabes, John Konny, Thomas Ewusi, and a broker known only as Noi commanded large bands of armed men, many of them slaves, and engaged in various forms of commercial activities with the Europeans on the coast.

It is a fact that slavery was long endemic in Africa at the beginning of the Transatlantic slave trade and it was employed by black Africans. What about in the US? Did free black men in the US ever own slaves?

One of the most vexing questions in African-American history is whether free African Americans themselves owned slaves. The short answer to this question, as you might suspect, is yes, of course; some free black people in this country bought and sold other black people, and did so at least since 1654, continuing to do so right through the Civil War.

And they weren’t really happy about having to part with them:

When New Orleans fell in late April 1862 to the Union, about 10 percent of these men, not missing a beat, now formed the Native Guard/Corps d’Afrique to defend the Union. Joel A. Rogers noted this phenomenon in his 100 Amazing Facts: “The Negro slave-holders, like the white ones, fought to keep their chattels in the Civil War.” Rogers also notes that some black men, including those in New Orleans at the outbreak of the War, “fought to perpetuate slavery.”

So for two hundred years blacks in the colonies and later the US owned black slaves. And it wasn’t just black men:

It would be a mistake to think that large black slaveholders were only men. In 1830, in Louisiana, the aforementioned Madame Antoine Dublucet owned 44 slaves, and Madame Ciprien Ricard owned 35 slaves, Louise Divivier owned 17 slaves, Genevieve Rigobert owned 16 slaves and Rose Lanoix and Caroline Miller both owned 13 slaves, while over in Georgia, Betsey Perry owned 25 slaves. According to Johnson and Roark, the wealthiest black person in Charleston, S.C., in 1860 was Maria Weston, who owned 14 slaves and property valued at more than $40,000, at a time when the average white man earned about $100 a year. (The city’s largest black slaveholders, though, were Justus Angel and Mistress L. Horry, both of whom owned 84 slaves.)

According to Gates, free blacks even owned white indentured servants. 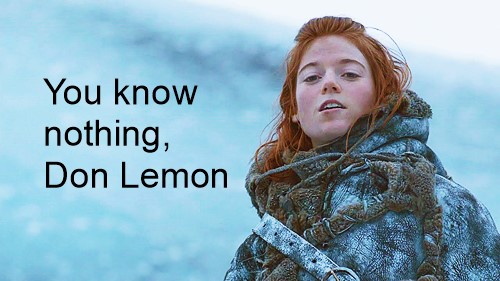 Slavery was officially abolished in the United States in 1865.

The importation of slaves into the US was outlawed in 1807.

In 1804 the New Jersey Legislature passed “An Act for the Gradual Abolition of Slavery.” It provided that females born of slave parents after July 4, 1804, would be free upon reaching 21 years of age, and males upon reaching 25. Like New York’s, this law held a hidden subsidy for slaveowners. A provision allowed them to free their slave children, who would then be turned over to the care of the local overseers of the poor (the state’s social welfare agency in those days). The bill provided $3 a month for the support of such children. A slaveowner could then agree to have the children “placed” in his household and collect the $3 monthly subsidy on them. The evidence suggests this practice was widespread, and the line item for “abandoned blacks” rose to be 40 percent of the New Jersey budget by 1809. It was a tax on the entire state paid into the pockets of a few to maintain what were still, essentially, slaves.

But some slaves were held there until 1865.

Hypothetically- let’s say slavery never existed. You’re a black person who presumably would be born anyway. Changing absolutely nothing, where in Africa would you prefer to live over living in America? Would you prefer Guinea, Cameroon or Nigeria to the US, changing nothing of today? Please, stand up and say so.

Angry about slavery? Why aren’t you as angry with the descendants of the Africans who sold other Africans into slavery as you are with white Americans most of whom had NOTHING to do with slavery?

Now let’s talk the Founding Fathers. They weren’t perfect but those white men wrote these words:

“We hold these truths to be self-evident, that all men are created equal..”

“all men are created equal…” Hmmm

They were written in America. So were these:

…that they are endowed by their Creator with certain unalienable Rights, that among these are Life, Liberty and the pursuit of Happiness.

And a little later I’m going to tell you why liberals want these words stricken from the pages of history.

Fact: Slavery was long an African tradition when it was imported to North America. It was business as usual.

You think you know slavery? You don’t. Neither did I until wrote this.

Source for the map: Third World Atlas by Alan Thomas.

I guess since it is non-whites doing the enslaving it won’t fit into their phony narrative.

Coincidental and maybe a little off subject, but I saw the movie about Muhammad Ali and the Supreme Court ruling that Ali had a right to conscientious objector status since ‘all’ Muslims object to war in all forms. Wasn’t that a joke? So they’re currently starting more wars and have more people in slavery than any other people.

Login
wpDiscuz
101
0
Would love your thoughts, please comment.x
()
x
| Reply
‹ Back to Categories