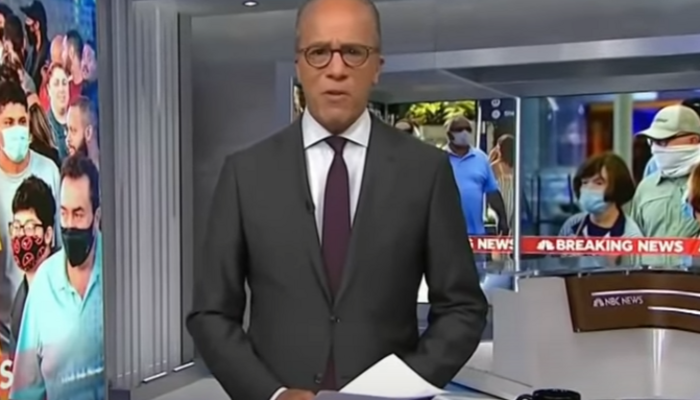 Viewers watching the ABC, CBS or NBC networks since Feb. 1 likely didn’t hear anything about a rising index indicating that Americans are worse off under President Joe Biden.

Issues & Insights released a report on the misery index, a measure started under President Lyndon Johnson that combines the unemployment rate and the inflation rate. The idea is that “joblessness and a fast-rising cost of living produces palpable misery in the country.”

The measure spiked at “the start of the COVID-19 lockdowns, jumping from 5.94 to over 15 in one month with the surge in unemployment,” Issues & Insights said. However, “it quickly dissipated, as the economy under [former President Donald] Trump rebounded faster than the so-called experts had predicted.” By the end of Trump’s term, “the misery index was back down to 7.7.”

But a “funny thing has happened since,” according to Issues & Insights. The misery index “climbed each and every month that Joe Biden has been president.” The misery index hit 11.3 in June, “higher than it has been (pre-pandemic) since the Great Recession. It’s also higher than the post-World War II average of 9.2,” according to Issues & Insights.

A Nexis search conducted by MRC Business found that the rising misery index received no coverage from ABC, CBS and NBC from Feb. 1 to July 16. There’s perhaps a nefarious political reason for the networks tossing the index under the proverbial rug. Under Trump, the average for the index between January 2017 and December 2020 was 6.9, “the third-lowest of any postwar president,” Issues & Insights said. On the other hand, under just a few months of Biden’s administration, the average for the index is 9.05, 2.15 points higher than Trump’s average for his entire term. [Emphasis added.]

Issues & Insights broke down the misery index spike under Biden: “In February, it ticked up to 7.9, then rose to 8.6 in March.” It continued: “Last month, the misery index hit 11.3, as the monthly inflation rate climbed to 5.4% while the unemployment rate edged up to 5.9%.”

biden, in league with obama as the worst ever. By the way, every American should be very concerned that biden is not at all well. It is more than obvious his mental faculties are not up to par. And, this is the guy who would have to defend this country should it become necessary, is in possession of the nuclear codes. The morons on the left for years and still to this day demand President Trump’s tax records. Perhaps it has become time to see bidens medical records….

Conrad Black did a wonderful review on the misery index in American Greatness. it is obvious that the play writers for the woke medias do not do their homework. lester the molester holt can only read teleprompters. well, at $10 million/year plus special interview one can conclude that he could care less of what the truth is. recall when the gay muslin terrorist obama in an open speech told is handlers to move faster on the prompter speed?
implosion is occuring. curious, have any of you read The 1776 Commission Report?? the pedophile Cx the committee in a hidden exec. order his first afternoon.
Garbage/feces leadership in the congress, and the executive branch. Excellent review in American Thinker today on the lack of demorat leadership.

Imagine the disastrous state of the nation had Trump not been between the failure Obama and idiot Biden. Trump built in massive financial cushion, but idiot Biden will destroy it quickly. Just wait till the party of corruption pads their pockets with that $3.5 trillion pork fest they have their eyes on.

The economy didn’t need to be “fixed”. It didn’t need to be “stimulated”, though those who lost their businesses or have been out of work for an extended time needed help. But all the economy needed was to OPEN. Democrats used the imagery of a recession as an excuse to appropriate trillions of dollars from which they could steal and buy votes.

Idiot Biden has been killing jobs instead of just allowing the economy, as Trump did, to grow organically (there’s less opportunity for graft and theft there). Democrats that believe in socialism have no idea how to operate an economy. All they know is how to take from it.

Not surprised the M.S. Media are mostly Democrat Voters and Supporters liberal rags like Time the NYT’s Washington Post Etc have covered up for the Democrats and their Globalists as well and Biden was the Person of the year for t hat Liberal rag Time Magazine who named Hitler as their 1938 Person of the Year