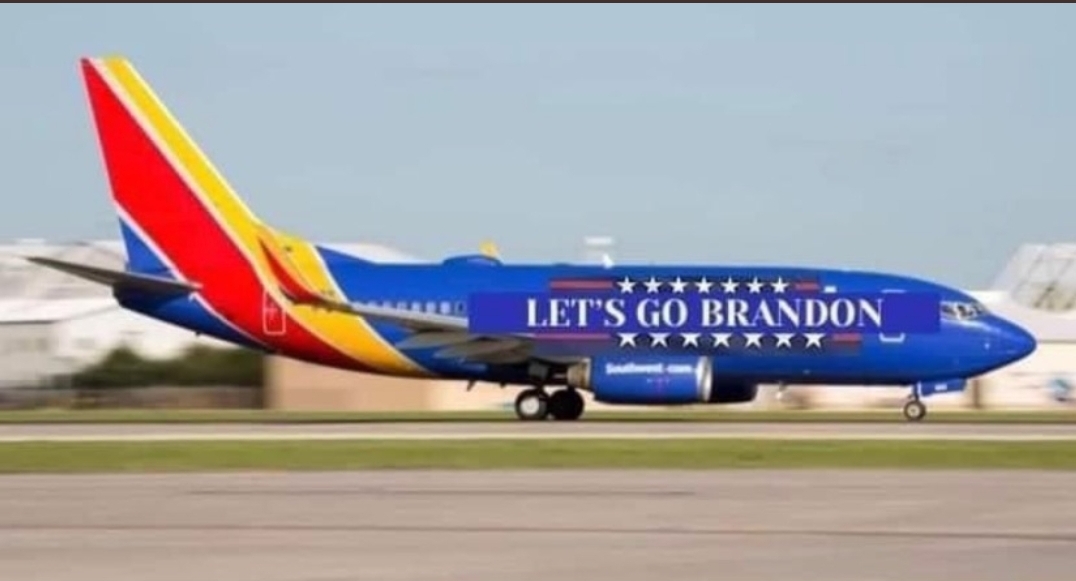 Joe “I am the Democratic Party” Biden and his incompetent administration issued a controversial, but as yet not official as no rule has been released, WuFlu vaccine mandate on businesses with over 100 employees.

Many businesses were thrilled and immediately began, if they hadn’t already, enforcing the non-mandate.  Thousands, perhaps tens of thousands, of Americans have thus far been fired as a result, and in all sectors from health care to K-12 education to the airline industry.

Wildly unpopular Biden and his bumbling administration are attempting to conflate “anti-vaxxers” (a misnomer to begin with) with Americans who reject invasive central government mandates.  There are many vaccinated people who reject the mandate, and this is a problem for the Biden buffoons.

Another problem? Beyond destroying the lives and livelihoods of thousands of Americans (none of whom is likely to dash to the nearing polling place or mailbox to vote for more of the same next year or in 2024), the loss of employees is creating huge holes in companies that keep our economy and way of life afloat.

From transportation, to health care, to education, to first responders, to . . . well, you name it, gutting an already thin workforce through unnecessary mandates is hobbling an already Biden-weakened economy and is creating shortages, more inflation, and a whole new wave of very angry American voters.

The shortages have apparently affected Southwest Airlines.  In the midst of mandate-related lawsuits brought against the company, they reportedly cancelled up to (or over) 1,800 flights.

The company blames Jacksonville, FL air traffic control (which is allegedly having its own problems with anti-mandate employee walk/sickouts) and the weather.  Oddly, though, no other airline that services the same areas as Southwest ran into the same significant “weather” or “air traffic control” problems and merrily continued ferrying their customers across the U.S.

ATC issues and disruptive weather have resulted in a high volume of cancellations throughout the weekend while we work to recover our operation. We appreciate your patience as we accommodate affected Customers, and Customer Service wait times are longer than usual. (1/2) pic.twitter.com/o1scQJ5lLb

Oh, and the blame also goes to “military training,” according to the FCC, which we all know routinely interrupts commercial air traffic. Or something. Yes, they really think we are that stupid.

No FAA air traffic staffing shortages have been reported since Friday.

There is apparently a “meltdown” at Jacksonville International Airport that has led to the cancelation [sic] of more than 1,800 Southwest Airlines flights. The company says the cancelations [sic] are due to weather and “air traffic control issues.”

Well, the claim that weather is the culprit is absurd. Other airlines, according to the respected aviation site One Mile at a Time, are operating at near capacity.

Speculation centered on air traffic control employees walking out because of the vaccine mandate.

And it really is speculation at this point, but it’s odd and worth noting that the weather, Jacksonville air traffic control staff shortages (due to . . . ?), and (purported) military flight training exercises didn’t impact other airlines.  Airlines not currently being sued by their pilots for vaccine mandates.

And right on cue… first patriots are domestic terrorists, then parents, now pilots:

Striking employees are domestic terrorists. The Pinkertons would be proud of you, Palmer. The modern left has not a bone of leftism… left. https://t.co/PLtm0T4kVC

Can confirm: class-action is about to drop from thousands of Air Traffic Controllers. There’s roughly 15,000 of us, and ~6,000 have yet to get a 💉 https://t.co/0d5xGoWdQG