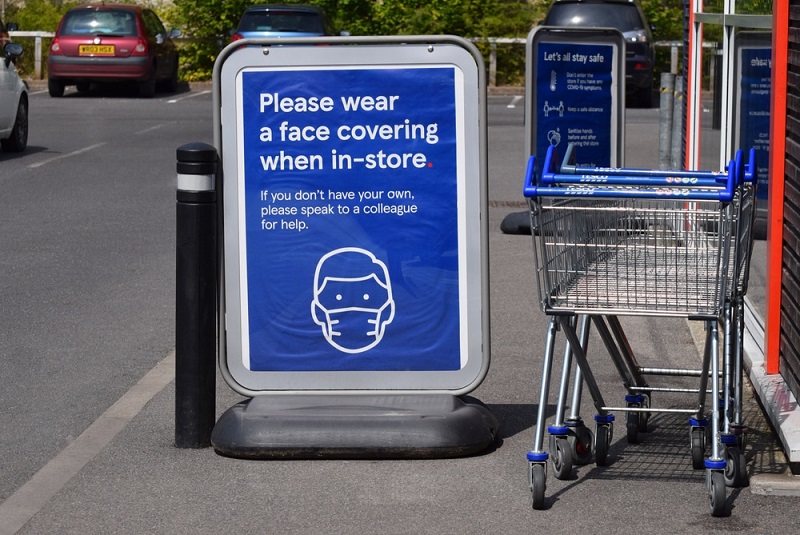 Since last spring, many people, including dear friends, have been insisting that masks had suddenly become vital talismans that stop respiratory viral spread.

I’ve consistently argued the opposite throughout. (Here, here, here.)  And though I would constantly ask for evidence from anyone suggesting that masks work, rarely was it ever forthcoming.  Most often, I was told that there isn’t a lot of evidence suggesting that masks don’t work and that wearing a mask was better than nothing at all, so we should all just do it.

Early in the pandemic, mask mavens suggested that the lack of real-world evidence showing masks’ efficacy was due to not enough people wearing them.  In the rare event that real-world evidence was offered, it usually took the form of suggestions that places like Japan escaped the ravages of the pandemic because of their stalwart adherence to masking in public.

Well, as Ian Miller points out on his extremely illuminating Twitter feed, even the few real-world examples that once suggested the effectiveness of masking have fallen apart.  Using Japan as an example:

He also presents similar charts which point to the fact that America, while maybe a bit slow to adopt masks last spring, fell in line like good little drones pretty quickly, and by the summer, roughly 9-in-10 Americans were consistently wearing masks.  All that masking did little to prevent surges in cases, hospitalizations, or deaths.

There’s still remarkably little or no real-world evidence that masks work, though such evidence has now had ample time to present itself.  As such, there are some impulses urging me to immediately go to all of those people who insisted that masks must repel coronaviruses like crosses repel vampires, and tell them “I told you so.”

But that would be an unjust act of vanity on my part.  I wasn’t right.  Science had been right, for a hundred-plus years.  I was simply able to recognize that the 100 years of scientific consensus (which accounts for much of the lifespan for modern germ theory, it should be noted) was very unlikely to have magically inverted in the months between Dr. Fauci telling us that masks do little or nothing to stop or slow the spread of a virus like COVID-19 and his later telling us that we should probably wear two masks as a matter of “common sense,” even if you’re vaccinated.

Long before Fauci’s ridiculous reversal from consensus toward the limits of absurdity, uncountable numbers of American scientists correctly concluded, having the benefit of decades of data mounting for over a century, that wearing a mask for the benefit of feeling safe from viral spread was useless.

As John M. Barry writes in The Great Influenza: The Story of the Deadliest Pandemic in History, there were attempts to normalize mask wearing back in 1918, with masks “positioned at stores alongside everyday things” like “tobacco” and “mustache grooming” supplies. But “the grim truth persisted,” he concludes, which is that “the masks worn by millions were useless as designed and could not prevent influenza,” because “only preventing exposure to the virus” could do that.

While we might be seeing new developments today that didn’t exist during the Spanish flu epidemic of 1918, such as a corporate, technocratic oligarchy working hand-in-hand with politburos to suppress any information contrary to what are deemed the politically acceptable “scientific” conclusions, much of what we’re witnessing is just a bit of history repeating.