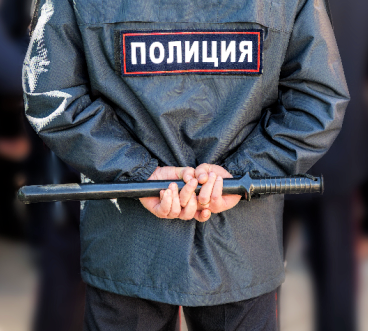 President Joe Biden told reporters on Sunday he was not calling for a regime change in Russia when he said a day earlier that Russian President Vladimir Putin “cannot remain in power,” a surprising comment the White House quickly tried to walk back Saturday.When a reporter asked if he was calling for Putin’s removal from office, Biden replied “no” as he walked out of church Sunday afternoon, according to Bloomberg pool reporter Courtney Rozen.

However, other parts of the U.S. government makes unmistakeably clear that its aims in Russia go even much than regime change. Tomorrow the US Government’s Commission on Security and Cooperation in Europe (CSCE) will hold a briefing on the “Moral and Strategic Imperative” that makes it necessary to “Decolonize Russia”. 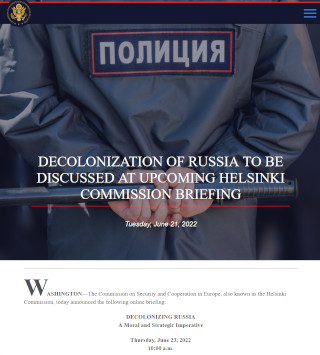 As Nicolo Saldo points out:


What is notable about this panel is the shift from “spreading freedom and democracy” to the need to “decolonize” Russia.

The neo-conservatives are back using a new narrative to push their old agenda.

Russian officials will love such talk:

Today’s panel is a further step forward in that it tells ordinary Russians that even regime change and democracy is not good enough for them. They require the partition of their country into smaller (more easily controlled) polities, so that they can be free. Needless to say, this is a propaganda coup for Putin and the Kremlin as it allows them to paint the conflict in Ukraine as an existential fight.

The Kremlin has no need to ‘paint’ the conflict as an existential fight. The Russians know that it is such a fight.

In a meager attempt to tackle the high fuel price he will today call on Congress to suspend the tax on fuel for three month. It is just a gimmick which would have little effect at the pump and has no chance to pass Congress:

GOP lawmakers have been hammering Biden and Democrats on the campaign trail over inflation and fuel prices. They argue that such measures are political theater that will do little to make long-term dents in oil prices. The best way to reduce oil prices, they say, is to loosen regulations and increase U.S. oil production.

…California had the highest average gas price of any state at $6.398 per gallon. The gas tax suspension would reduce the cost of a gallon of diesel fuel by 24 cents.

The real reason for high fuel prices is Biden’s misguided foreign policy. Three of the biggest oil producers on the globe, Venezuela, Iran and Russia, are under U.S. sanctions that limit their oil exports:

The sanctions have made it more difficult for Russia to sell its oil. Biden has also banned the import of Russian oil, and last month Europe announced it was imposing a partial embargo on it.As of 2020, Russia was the world’s third-largest producer of petroleum, according to the U.S. Energy Information Administration.

That move will continue to boomerang. Russia sells it oil to China and India where it gets refined. The resulting gasoline and diesel is then exported to the U.S.. That is good for India and China as they buy the oil with a rebate and sell the end products with a substantial margin. It is a ‘win’ ‘win’ ‘win’ for Russia, India and China with the sole loser being the ‘west’. Whatever NYT hope of sanction success is expressed in its ‘for now’ addition to the headline is not going to change that.

Meanwhile Russia is announcing the next target of its campaign to counter ‘western’ misbehavior – the reserve status of the U.S. dollar and the Euro:

MOSCOW, June 22. /TASS/. The issue of creating an international reserve currency based on currencies of BRICS member-states is under consideration, Russian President Vladimir Putin said on Wednesday in the welcome address to BRICS Business Forum participants.”The matter of creating the international reserve currency based on the basket of currencies of our countries is under review,” the Russian leader said.

BRICS currently consists of Brazil, Russia, India, China, and South Africa. Together those countries represent 3.2 billion people and a third of the world’s purchase power GDP. The new international reserve currency would therefore have a much larger backing than the U.S. dollar or the Euro.

The U.S. is moving too but in the wrong direction.