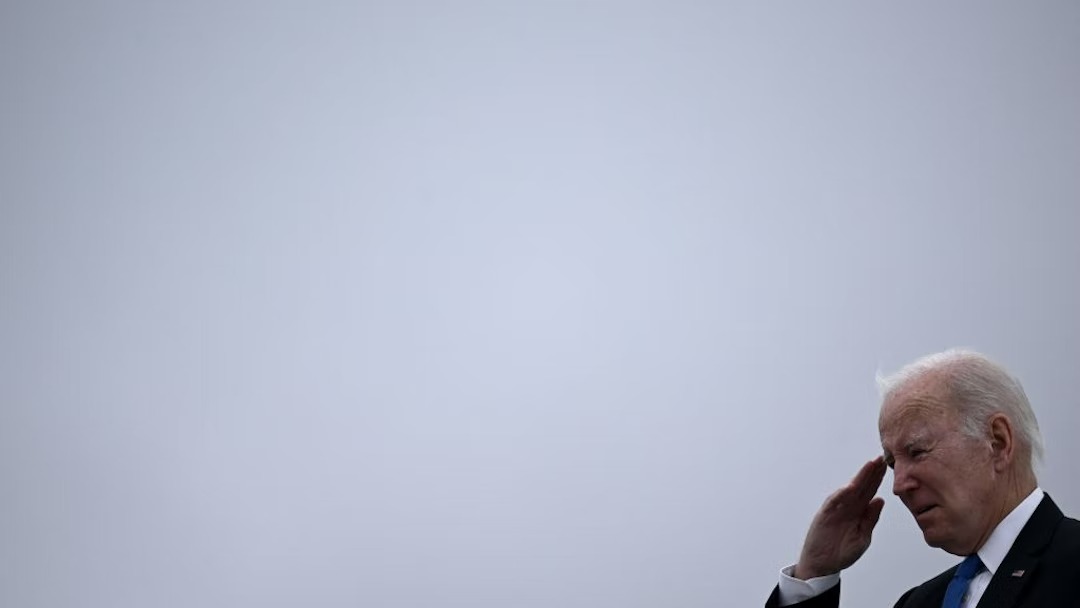 Democrats have a big problem.

President Joe Biden has been caught out with classified documents all over — and the feds just keep finding more. In the latest revelation, word leaked out that some of the docs stretch back to his days in the Senate.

Sen. Dick Durbin (D-IL), the second-ranking Democrat in the Senate, said over the weekend that Biden should be “embarrassed by the situation.” Durbin also said the president no longer holds the moral high ground on an issue that ensnared former President Donald Trump, as Attorney General Merrick Garland has appointed special counsels to probe both cases.

“Well, of course, let’s be honest about it. When that information is found, it diminishes the stature of any person who is in possession of it because it’s not supposed to happen … The elected official bears ultimate responsibility,” Durbin said on CNN.

Sen. Joe Manchin (D-WV), who has been a thorn in Biden’s side, said the president “should have a lot of regrets. … You just might as well say, ‘Listen, it’s irresponsible.’”

The move away from Biden came after he defended his actions — after 68 days of silence and even before the latest batch of documents were discovered.

“We found a handful of documents were filed in the wrong place. We immediately turned them over to the Archives and the Justice Department. We’re fully cooperating, looking forward to getting this resolved quickly,” Biden said.

“I think you’re gonna’ find there’s nothing there. I have no regrets. I’m following what the lawyers have told me they want me to do. That’s exactly what we’re doing. There’s no there there,” Biden said.

But Democrats are still equivocating, saying Trump’s situation is worse than Biden’s. “It is outrageous that either occurred,” Durbin said. “But the reaction by the former president and the current president could not be in sharper contrast.”

Manchin did much the same, saying on NBC’s “Meet the Press,” “It’s just hard to believe that in the United States of America, we have a former president and a current president that are basically in the same situation. How does this happen?”

Liberal news sites like the Associated Press have also sought to differentiate between the two presidents, with the wire service writing on Monday that “Biden voluntarily allowed the FBI into his home on Friday.” They often forget that Trump was not given that option, with federal agents descending on Mar-a-Lago in the dead of night with a warrant.

With Republicans taking over the House in the mid-term elections, investigations into Biden are definitely coming. And with the president expected to soon announce his intention to run again in 2024, Durbin and others worry that Biden will be severely weakened by the scandal.

“We have to worry, since this new group that has taken over control of the House of Representatives has promised us endless investigations, confrontations, impeachments and chaos, what is going to happen,” Durbin said.

One Republican thinks the Biden scandal is an intentional scheme to weaken the president.

We found a handful of documents were filed in the wrong place.

Yeah, instead of being filed in a secure location, they were filed in a CCP filing cabinet.

We have to worry, since this new group that has taken over control of the House of Representatives has promised us endless investigations, confrontations, impeachments and chaos, what is going to happen

Oh, yeah… THAT would be different from the previous 6 years, huh? Democrats dread this because they have actual corruption to hide.

Democrats seem to be proud of their hypocrisy. The appear to enjoy putting it on display and making sure everyone sees it. Oh, the demonic Republicans are going to engage in investigations (but Democrats have littered the landscape with numerous issues demanding investigation). Democrats, knowing the law on a President declassifying documents is wide open, claim Trump stole classified documents, even “nuclear secrets” and, even after he fully cooperated with the FBI’s requests to see the documents, supported a totally unnecessary raid on his home. But idiot Biden stealing documents he had no right to have and could not declassify (despite what Constitutional scholar and legal expert Whoopie says) is nothing but a little bitty “whoopsie”. Oh, just look at how cooperative (after being caught red handed) idiot Biden has been!

The plans to impeach Trump were written up as soon as the results of the election were released. The justification was simply left blank to be filled in later. Yet, despite proven influence peddling, criminal destruction of our energy independence, unleashing innumerable criminals, terrorists and drugs across a once secured border opened wide open by idiot Biden, a catastrophic withdrawal from Afghanistan and, now THIS, it comes as a total surprise to Durbin that the Republicans might be contemplating impeachment of terminally idiotic Biden.