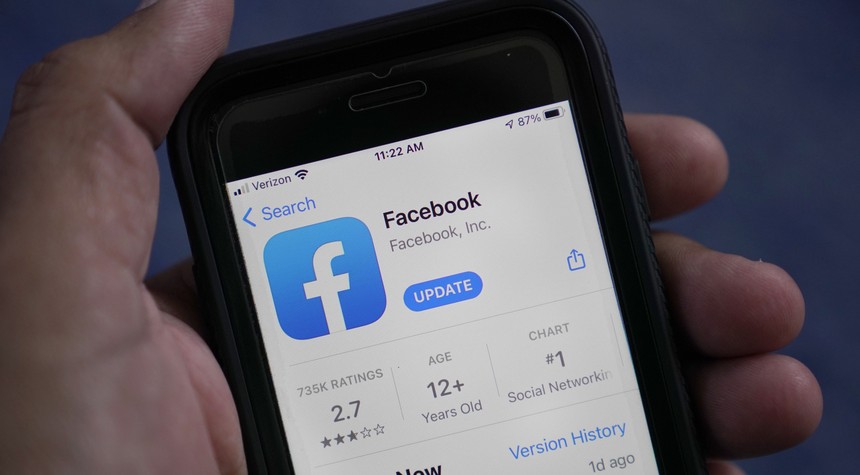 “Non-Partisan” fact-checkers for Facebook and Instagram have decided that the discussion of Joe Biden’s wild and wonderful definition of “recession” is unnecessary and any challenge to the president’s wacky explanation for why the U.S. is not in recession is apostasy.

Both social media sites have flagged such criticism of Biden’s word salad as “false information” effectively setting in stone Biden’s effort to move the goalpost on what constitutes “recession.”

The White House posted their explanation as to why the U.S. isn’t in a recession despite the standard, oft-repeated definition that a recession is defined by two consecutive quarters of negative economic growth. Almost immediately, social media comedians set to work, making an absolute hash of Biden’s nonsense.

This post has been widely shared—and in some cases, mocked—on social media. Graham Allen, an Instagram personality, posted a video reacting to the post in which he asked Siri to define the term recession. Siri’s definition: two consecutive quarters of negative economic growth.

But Allen’s video is currently obscured on Instagram; users can still watch it, but they first have to click past a disclaimer that it contains “false information reviewed by independent fact-checkers.” A similar label has appeared on some Facebook posts that also take issue with the Biden administration’s wordplay.

The “fact-checker” in this case is Politifact. They have rated as “false” the claim that “the White House is now trying to protect Joe Biden by changing the definition of the word recession.”

Their reasoning is that Biden used criteria for defining a recession from a government agency — the National Bureau of Economic Research. Politifact admits Biden is spinning the definition for political purposes but since he used statistics from the NBER, his definition is an objective fact not to be challenged.

Wikipedia has already begun to restrict edits to its “recession” page after Biden’s goalpost moving.

The online encyclopedia’s administrators froze the webpage’s edit feature due to a “persistent addition of unsourced or poorly sourced content.” The top of the webpage also notes that the recession webpage “may be affected by a current event.”

Users manipulated the page and battled over whether its lead paragraph contained the sentence, “Though there is no global consensus on the definition of a recession, two consecutive quarters of decline in a country’s real gross domestic product is commonly used as a practical definition of a recession.” As of Friday, the line is currently included in the description.

At least the Wikipedia community had a chance to debate the issue. Others weren’t so lucky.

Phil Magness, director of research and education at the American Institute for Economic Research, scoffed at Politifact’s propaganda two-step.

“In this case, PolitiFact’s ‘ruling’ is compounded by the fact that they have previously invoked the very same definition of a recession—2 consecutive quarters of GDP decline— in previous rulings to either provide cover to exaggerated Democratic claims about an impending recession or tear down Republican claims to the same effect,” he tells Reason.Com.

In a Wall Street Journal op-ed, Magness observes that the government can’t depend on the NBER to define “recession” and is not the “official arbiter” of recessions.