Russia will mobilize about 1.2% of her mobilizational potential 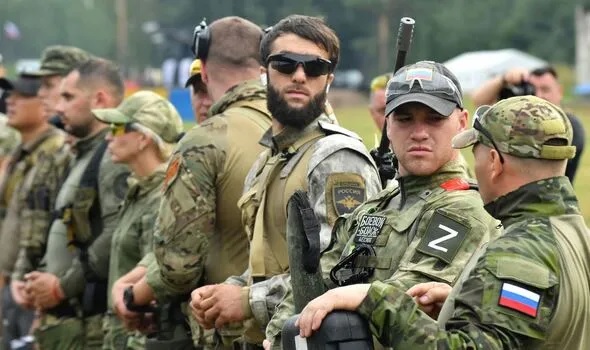 So, after lots of speculation, we now know that the Kremlin has decided to mobilize about 300’000 soldiers from a total mobilizational potential of 25’000’000 soldiers.  That’s just a little over 1% of Russia’s mobilizational potential.  We are talking only about those soldiers who have an official status of “reserves” and all of them will have to undergo a special training before being sent to the Ukraine.

A few comments about this decision:

In other words, Russia is preparing for an escalation of this war in the coming months.  She is basically augmenting her forces to a level which could deal with a major NATO escalation in the Ukraine (and elsewhere as not all mobilized forces would have to be combat units; deploying more C4ISR capabilities, logistics/supply forces or civil affairs and counter-terrorism units would also make sense).

The other big news of the day is, of course, that Russia will back and accept the outcome of the referendums in the four regions mentioned above.

Frankly, I have mixed feelings about this decision, but I understand that the Kremlin simply had no other option for the following reasons:

They have even resorted to the nuclear blackmail. I am referring not only to the Western-encouraged shelling of the Zaporozhye Nuclear Power Plant, which poses a threat of a nuclear disaster, but also to the statements made by some high-ranking representatives of the leading NATO countries on the possibility and admissibility of using weapons of mass destruction – nuclear weapons – against Russia.  I would like to remind those who make such statements regarding Russia that our country has different types of weapons as well, and some of them are more modern than the weapons NATO countries have. In the event of a threat to the territorial integrity of our country and to defend Russia and our people, we will certainly make use of all weapon systems available to us. This is not a bluff.

Of course, we can expect the usual hysterics and doubling-down from the western ruling class which already promised never to recognize the outcome of any referendums.  Russia understands that and she has now taken the measures needed for a long conflict.

As for the Ukronazis, we can be sure that they will do everything in their power to try to disrupt the referendums.  Furthermore, they NATO commanders in Kiev fully understand that the Russian forces will only become more powerful over the next few months, so they will be in a hurry to score as many victories (including the murder of civilians and strikes against the civilian infrastructure) as possible.

I fully expect an increase in NATO+Ukronazi attacks in the coming weeks and months.  These attacks will only stop when a) the West runs out of resources and b) then their outcome will bring no tangible results whatsoever.

For the consolidated West, this was has been mostly about optics: PR, PSYOPs, propaganda, you name it.  With this latest Russian reaction, it will become even MORE crucial for the rulers of the consolidated West to convince their serfs that Russia is losing and the West winning.

Since the western ruling classes know that time is running out (both militarily AND economically) they are desperately trying to conceal this by vociferously proclaiming that the Russian “field negros” will get punished (lynched!) for their audacity to disobey the Great Masters of the Universe.

I want to note here that this mini-mobilization will have a important psychological effect upon the Russian society: the “business as usual” mindset is now clearly obsolete.  The Russian MIC has received a direct message that it is now also “mobilized”.  The rest of the Russian economy will take notice, I am sure.  As will the people.  I welcome that “change of tone” very much.

Anyway, I will conclude with a few short items.

Some trolls have constantly been begging me to “show them the bodies”.  Okay, I found a Telegram channel with enough bodies to, hopefully, satisfy them: https://t.me/ZLOIORK

Next, the Poles have already threatened to conduct their own referendum in the western Ukraine.  Who would have doubted that the Hyena of Europe will bite off a little morsel of the Ukraine for itself (especially one which did belong to Poland historically).

No no no. Russia lost ALL of it’s soldiers in Ukraine. Everyone in Russia hates Putin, and the oligarchs are going to kill him any day.

They only have WWII tanks, and all their soldiers are taking off their uniforms and running away.

The noble Nazi Ukrainians have ROUTED the Russian forces and Biden is to thank for the win.

— “greg, and every other paid WEF disinformation operative from the West”