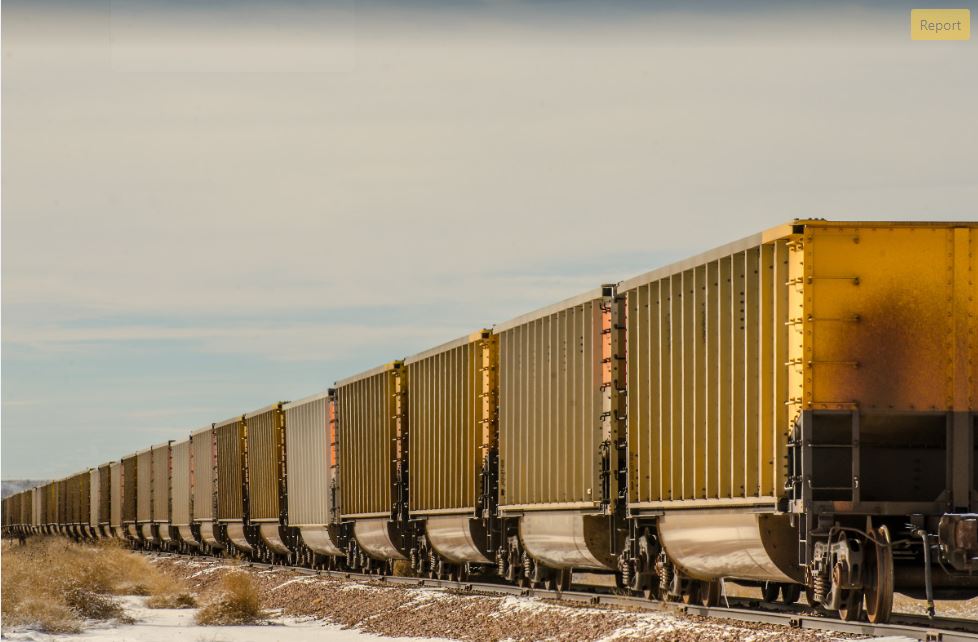 The United States have a lot of railroads — big national lines and short regional lines, freight railways that share their track with commuter lines, lines designed with high clearance for container stacktrains.  And while there are still a few tycoons in the world, the days of the railroads being the shining monuments to a single millionaire’s fortune are long past; many of our railroads, like most big corporations nowadays, are publicly traded and are therefore owned and controlled by the nameless, faceless fund managers of Wall Street.

To have all these railroads, you need a lot of employees.  Here, too, there have been changes over the years.  In the 1800s, you needed a whole crew of engineers, of brakemen and firemen, to stoke the engine and keep the trains moving.  Modern equipment has reduced the need for such crews; most trains now have just two men in the front locomotive, with a few unmanned locomotives behind, and perhaps hundreds of boxcars, tankcars, and other railcars in tow.  Just two men…and some of the railroads lobby the government every day for permission to reduce that number to one.  Just one man in charge of a mile-long train.

Almost all of the USA’s 135,000 railroad workers belong to one of twelve railway unions, and these twelve unions have been working on negotiating a new contract for just shy of three years now.  Yes, three years.

As normal extensions went beyond anything acceptable, and the risk of a massive national strike approached, the Biden-Harris regime first kicked the can past the midterms by forcing union votes on the employers’ latest offer, which roughly half the members then rejected.  And then, when they realized that a national strike on the heels of the critical Georgia Senate runoff might be just as embarrassing, they put it in high gear: Democrats in the House and Senate supported the White House plan to force this same contract on the railroad employees, so they could claim an accomplishment — averting a costly and crippling nationwide strike — before the runoff, in order to get Senator Warnock a six-year term.

But was it such an accomplishment, really?

By essentially ending the negotiations and shoving this offer down the unions’ throats — which four unions rejected outright and which only barely passed the ones that ratified it — the Democrat leadership in Washington sided with management (which really means with Wall Street), directly against the rank and file.

“But,” we are told, “there were no other options!”

These union members have an unusual job, unlike most others in the American economy.  The nature of railroad work is that employees are stuck on a train for days at a time, far from home.  That doesn’t sound strange to a white-collar audience; many of us in the business world travel for work a couple weeks per month.  We live with it.  But we business “road warriors” know that we have our weekends, or at least our Friday nights, Saturdays, and maybe Sundays, to spend with family.  And when we’re not traveling, we know we’re home in the evening.  In short, even those of us with rough schedules at least have some days and nights that are always sure to be free.

At many railroads, the employees have no such certainty.  They have generous vacation and personal time, yes — but they need to book it at least four weeks in advance.  Other than such pre-booked and approved vacation time, employees can arrive home from a four-day run, go to sleep thinking they’re free for a couple days, and wake up to find they need to head out again immediately.

So for 55 years — yes, 55 years — they have been trying to get some sick time into their contracts — not in search of more paid time off, but in search of an ability to stay home when they have the flu or go to the doctor when they sprain an ankle or their child has an abscess or the baby has an ear infection, without getting written up and threatened with dismissal.

And for 55 years, the union reps have been happy to accept a little more money for their employees instead of tackling this scheduling challenge.  Now it’s happened again, and the rank and file understandably feel cheated — not just by the employers, but by their own union reps, and by their government.

“But there were no other options!” we are reminded, again and again.

But is that true?

The government has almost unlimited power to manage and change railroad employment law.  Let’s consider what the government could have done, but chose not to:

Last edited 1 month ago by Tallywhagger
0
Reply
Deplorable Me

Idiot Biden certainly showed how much he supports unions. Their 24% pay increase seems excessive but sick days is reasonable. I’m sure the union thought their old socialist buddy idiot Biden was going to back them up and force management to give them all they wanted. Instead, they got the old “student loan forgiveness” treatment.

“These union members have an unusual job, unlike most others in the American economy.  The nature of railroad work is that employees are stuck on a train for days at a time, far from home.”
Cry me a river. Or try being a truck driver. Out for weeks at a time, far from home. Fewer benefits than the railroad employees have at much lower pay, and much more danger on the road, in cities, even when trying to sleep.
Sorry, little sympathy.