Only the MAGA Movement Could Have Ended the Atrocity of Roe v. Wade 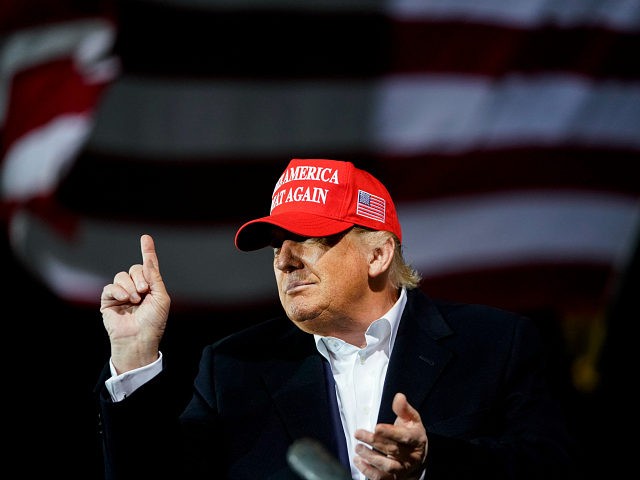 If you consider yourself a pro-life Republican and weren’t on the Trump Train in 2016, sit your pansy-ass down. Had you and your precious “principles” won the day, Hillary Clinton would have appointed those three Supreme Court justices instead of Donald Trump, and the moral atrocity known as Roe v. Wade would still be a “constitutional right.”

We see you out there pretending that’s not the case, and you look ridiculous.

For decades, the Republican establishment ran around promising to overturn Roe, and for decades, they failed. And instead of Trump all-stars like Brett Kavanaugh and Amy Coney Barrett and Neil Gorsuch, we got Sandra Day O’Connor, Anthony Kennedy, John Roberts, and David Souter.

Roe is dead for only one reason: the MAGA Movement.

Without the MAGA Movement, there is no President Trump.

Without a President Trump, there is no end to Roe.

Elections matter, and despite constant warnings from the MAGA Movement that your support for Hillary Clinton (and by refusing to support Trump, you were, of course, supporting Hillary) meant losing the Supreme Court, you pansies still went ahead and supported Hillary. You hid behind your principles. You hid behind decency. You hid behind virtue. And now, as you’re out there celebrating the end of Roe, you’re hiding behind the hope everyone forgets that you not only deserve no credit for this triumph but that you aggressively and shamelessly fought to ensure Roe would never be overturned.

Well, trust me, we haven’t forgotten, and just a smidge of humility from you would go a long way. But your so-called principles and decency and virtues don’t include humility, so we won’t hold our breaths.

During the 2016 election, a couple of good people were running on the Republican side for president. But I will tell you right now that not a single one of those 16 would have withstood the flaming arrows Trump did to get his three Supreme Court justices over the finish line.

Look at what Democrats and their corporate media allies did to stop Brett Kavanaugh, how those pigs fabricated a serial rapist narrative. Name one of the 16 Republican candidates who would have stood by Kavanaugh, who wouldn’t have pulled that nomination as one false accusation after another sailed over the transom.

After the death of Ruth Bader Ginsburg, look at the stones it took to nominate Amy Coney Barrett … in the middle of a presidential election!  Which one of those 16 candidates would have had the moral courage to do that, especially after the hell of the Kavanaugh nomination?

Maybe a couple of those guys would have held their ground on one, but both? No way. No way in hell. In fact, it’s hard to imagine any one of those 16 candidates nominating those three perfect all-stars. Don’t forget that the media jihad against Coney Barrett goes back years before her nomination—you know, the Scary Catholic Breeding Lady!

Had the feckless, cowardly, go-along-to-get-along, Chamber of Commerce, Koch-addicted, Romney-McCain-Bush, National Review GOP won the day, Hillary Clinton would have won, and Roe would have been affirmed last week by a 7-2 majority.

And it wasn’t just Donald Trump who made this possible.

You have to look at the whole MAGA Movement, especially New Media outlets like Breitbart News that accomplished two very important things: 1) we rebelled against the weak-kneed, surrender establishment that put the Koch Brothers above the working class, and 2) we not only went to war with the corporate media, we demanded our candidates do the same.

What’s more, we shattered the stupid and suicidal premises entirely that the corporate media had been hood-winking the GOP with for decades — that you must appeal to the political middle, condescend to racial minorities, compromise to get things done, demographics are destiny, our fake polls are gospel, don’t touch our fabricated third rails (like abortion), and most of all: We The Corporate Media Reflect Reality And Not A Potemkin Reality We Fabricate To Pretend Everyone In America Agrees With Us.