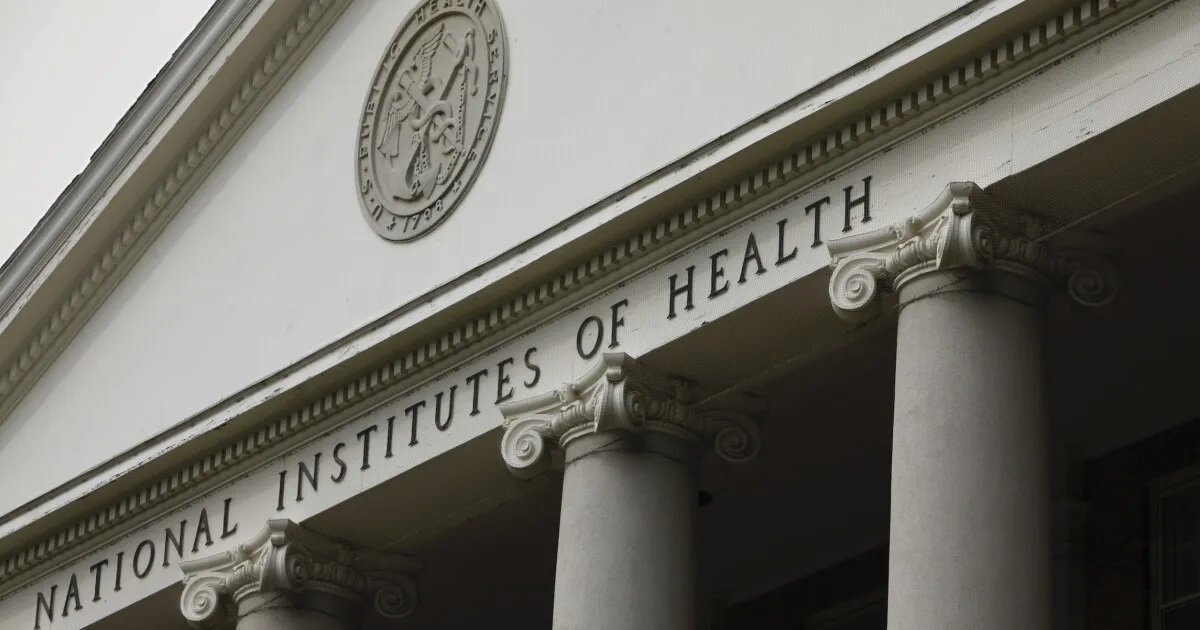 They’re fighting to keep all of the monies NIH employees are taking from private businesses secret, even though these are supposedly public employees and there is an obvious conflict-of-interest when they take money from companies they are, for example, granting emergency-use authorizations to that could be worth, literally, billions of dollars.

They are fighting to withhold any details of the amounts paid from the last five years, and even for the years they disclose, they will only report the total sums dispersed to NIH employees in aggregate — they refuse to say who got how much.

The National Institutes of Health received verified royalties amounting to $134 million from 2009-2014, with more yet to be revealed.The NIH is in the midst of fulfilling a Freedom of Information Act request detailing the royalty payments of its various leaders since 2010.

Open the Books CEO Adam Andrzejewski announced the revelations on Monday. The nonprofit organization filed the FOIA request last September, receiving 1,200 pages of heavily redacted royalties from 2009-2014 that add up to 22,100 royalty payments to 17,000 NIH scientists. With the redaction, it is impossible to tell how much each scientist received, only the aggregate total of each department, which adds up to $134 million.

Another set of 1,800 royalty pages, meant to cover 2015-2020, has yet to be handed over to Open the Books, but it estimated that payments reached a total of $350 million by 2020. The nonprofit organization is also in a lawsuit against the Department of Health and Human Services for failing to comply with three FOIA requests, including this most recent one.

In 2005, Fauci admitted that it was strange for public servants to be taking money from companies they were supposedly regulating and donated money he received that year to charity, he claimed.

You can bet no one’s donating the money since then to charity, because they’re fighting like tigers to keep these payments hidden from public view.

Since the NIH documents are heavily redacted, we can only see how many payments each scientist received, and, separately, the aggregate dollars per NIH agency. This is a gatekeeping at odds with the spirit and perhaps the letter of open-records laws.We found agency leadership and top scientists at NIH receiving royalty payments. Well-known scientists receiving payments during the period included:

In the above examples, although we know the number of payments to each scientist, we still don’t know how much money was paid — because the dollar figure was deleted (redacted) from the disclosures.

It’s been a struggle to get any useful information out of the agency on its royalty payments. NIH is acting like royalty payments are a state secret. (They’re not, or shouldn’t be!)

Consider how NIH is using taxpayer money to try and keep taxpayers ignorant and in the dark:

1. NIH defied the federal Freedom of Information Act law and refused to even acknowledge our open records request for the royalty payments. We filed our FOIA last September.

2. NIH used expensive taxpayer-funded litigation to slow-walk royalty disclosures (releasing the oldest royalties first). Although the agency admits to holding 3,000 pages, it will take ten months to produce them (300 pages per month). With Judicial Watch as our lawyers, we sued NIH in federal court last October.

3. NIH is heavily redacting key information on the royalty payments. For example, the agency erased 1. the payment amount, and, 2. who paid it! This makes the court-mandated production virtually worthless, despite our use of the latest forensic auditing tools

NIH is essentially telling you, the taxpayer, to pay up and shut up. They’ll run things. They have forgotten that they work on behalf of the American people.

The agency has become a lot more secretive since 2005.

In 2005, the Associated Press successfully used FOIA to crack open the NIH royalty database. They found 900 scientists collected $9 million in royalties. Furthermore, 51 scientists NIH royalty recipients were then working on experiments involving inventions for which they were already being paid.

Among the 51 scientists doing experiments involving inventions for which they were being paid royalties was Anthony Fauci, then- and current director of the National Institute of Allergy and Infectious Diseases. Fauci received $45,072.82 between 1997 and 2004 for a patent license on an experimental AIDS treatment. NIH funded that treatment with $36 million.

To this day, Fauci continues to receive NIH-approved perks without a lot of accountability. For example, in February 2021, Fauci received a $1 million prize from the Dan David Foundation in Israel for “speaking truth to power” during the Trump administration.

There needs to be a lot more sunshine on this potentially unholy alliance.

When a federal bureaucrat pops up on television giving us health instructions, who has paid them and for what research and technology? When a patient agrees to a clinical trial or experimental treatment, what financial interests are involved?

Rather than relentless redactions and prolonged court battles, it’s past time for the government to disclose royalty payments as a matter of routine.

NIH needs to come clean with the American people and open the books on the line-by-line royalty payments to the agency and its scientists.

Note: We reached out to NIH for comment and received no response.


To this day, Fauci continues to receive NIH-approved perks without a lot of accountability. For example, in February 2021, Fauci received a $1 million prize from the Dan David Foundation in Israel for “speaking truth to power” during the Trump administration.

While we at least know about that one — because it was publicly awarded, instead of secretly insinuated into Fauci’s bank accounts — civil servants should not be allowed to accept “prizes” which amount to, in essence, a cash bounty (or bribe) awarded by a partisan organization for taking a political position for or against the president.

Fauci’s been a government bureaucrat all his life. He joined in 1968, straight after his medical residency.

Why would he have royalties in any private company’s patents?*

Remember, Anthony Fauci has previously lied under oath, or, let us say, made false statements while testifying to Congress. He claimed that all of his financial records were publicly available.

This, more than anything else, is why Trump was hated, hunted and persecuted. Far too many go into government for the easy money just laying around waiting to be picked up. Money is thrown at some government workers in some positions and if one can score one of those positions is the dream.

Trump expected people in government to work for the people, not themselves. Like the corrupting influence of cartel money on the Mexican government, so does the vast sums that capitalism generates infect our government and Trump threatened that.

Where are the Anti-War advocates marching thro...
The baby formula shortage looks to be intentional- updated: there's lots of formula for illegals

Biden should be removed immediately. Hell, he never should h...
The baby formula shortage looks to be intentional- updated: there's lots of formula for illegals

Because I know you have a secret sexual fetish over Bannon a...
The baby formula shortage looks to be intentional- updated: there's lots of formula for illegals