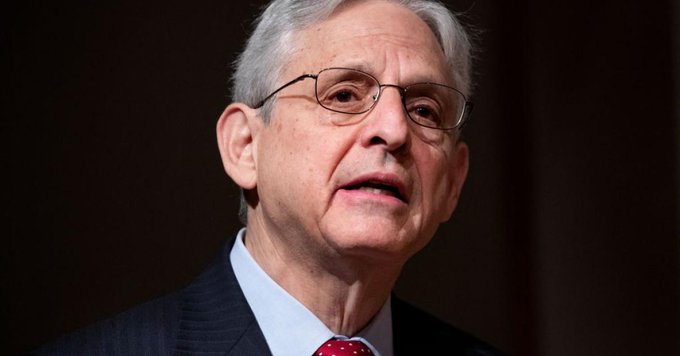 The special counsel named by the Biden administration to investigate Donald Trump oversaw a Justice Department unit rebuked by the Supreme Court for its prosecution of a prominent Republican and was linked by Congress to the IRS scandal that targeted conservative groups.

Jack Smith, a war crimes prosecutor in The Hague and former chief of the DOJ public integrity section, was named Friday by Attorney General Merrick Garland to take over two investigations of Trump related to Jan. 6 and classified documents found at Mar-a-Lago.

In 2014, the House Oversight Committee concluded that during Smith’s earlier stint at DOJ he set up a critical meeting between his department and IRS official Lois Lerner that set in motion the targeting of conservative nonprofits that became one of the signature scandals of the Obama administration.

The Oversight Committee obtained testimony from a DOJ official named Richard Pilger in 2014 that showed Smith set up a meeting with Lerner to discuss more aggressive enforcement of regulations prohibiting tax-exempt groups from engaging in politics in the aftermath of the landmark Citizens United free speech Supreme Court case.

“According to Mr. Pilger, the Justice Department convened a meeting with former IRS official Lois Lerner in October 2010 to discuss how the IRS could assist in the criminal enforcement of campaign-finance laws against politically active nonprofits,” the committee wrote in a 2014 letter to DOJ. “This meeting was arranged at the direction of Public Integrity Section Chief Jack Smith.”

The letter concluded: “It is apparent that the Department’s leadership, including Public Integrity Section Chief Jack Smith, was closely involved in engaging with the IRS in wake of Citizens United and political pressure from prominent Democrats to address perceived problems with the decision.”

File –  2014-05-22-DEI-Jordan-to-Holder-DOJ-Jack-Smith-transcribed-interview.pdf
The letter, which sought a transcribed interview with Smith, was signed by then Committee Chairman Darrell Issa (R-Calif.) and Rep. Jim Jordan (R-Ohio), who is now in line to become House Judiciary Committee chairman when the GOP takes over the House in January.

“The IRS used inappropriate criteria that identified for review Tea Party and other organizations applying for tax-exempt status based upon their names or policy positions instead of indications of potential political campaign intervention,” the report concluded

Smith’s tenure at DOJ also faced other controversy. He took over the Public Integrity Section in the aftermath of revelations of prosecutorial misconduct in a corruption case against Republican Sen. Ted Stevens, and he decided to drop several other pending corruption proseutions.

But his section proceeded with the prosecution of then-Virginia Gov. Bob McDonnell, securing a jury conviction on 11 felony counts alleging the GOP governor’s family accepted gifts in return for official public acts.

But the Supreme Court reversed the conviction in a stunning loss for DOJ, concluding that the definition of public acts used by Smith’s team was unconstitutional and exceeded the definition in the bribery statutes.

“There is no doubt that this case is distasteful; it may be worse than that,” Chief Justice John Roberts wrote in the majority opinion. “But our concern is not with tawdry tales of Ferraris, Rolexes, and ball gowns. It is instead with the broader legal implications of the Government’s boundless interpretation of the federal bribery statute. A more limited interpretation of the term ‘official act’ leaves ample room for prosecuting corruption, while comporting with the text of the statute and the precedent of this Court.

independently and in the best traditions of the Department of Justice

I suppose the “best traditions of the Department of Justice” could be open to interpretation, as the recent “tradition” has been to persecute political opponents of the Democrat party while ignoring blatant crimes committed by Democrats. When Jack Smith is described as fair and impartial, I am reminded of the similar descriptions of Merrick Garland as the same. He had turned out to be nothing but a Democrat tool and fascist, so I don’t have any expectations Smith will be any better. Garland would not have chosen him if he hadn’t show him the desired outcome of any “investigation” and charged him to fill in the in between parts.

Katy Chevigny, the wife of Special Counsel, Jack Smith, donated to the campaigns of Joe Biden and Rashida Tlaib. I'm sure he will be completely unbiased.🙄 pic.twitter.com/pgbCqzQ9Ar

Katy Chevigny, wife of Trump Special Counsel, Jack Smith (account has since been deleted). This J6 Tweet should disqualify him as a Special Counsel, because clearly there is bias here: pic.twitter.com/m4r3M2RmmB

You can look at Donald Trump and check off every point, can’t you? It’s his political modus operanti. Read on:

“His primary rules were: never allow the public to cool off; never admit a fault or wrong; never concede that there may be some good in your enemy; never leave room for alternatives; never accept blame; concentrate on one enemy at a time and blame him for everything that goes wrong; people will believe a big lie sooner than a little one; and if you repeat it frequently enough people will sooner or later believe it.”

From a psychoanalytic report on Adolf Hitler commissioned by the U.S. Office of Strategic Services, 1943-1944.

And yet that describes, to a T, the character of the Democrat party. Not Trump, Democrats. By the way…

Did idiot Biden lie when he said:
… the Afghanistan withdrawal went perfectly?
… the southern border is secure?
… Border Patrol mounted agents whipped illegal immigrants?
… inflation is transient?
… gas was $5 a gallon when he took office?
… Putin caused all the inflation?
… there was no vaccine when he took office?
… he has traveled 17,000 miles with Xi?
… that there are no background checks at gun shows?
… that the Georgia election law suppresses the ability to vote?
… the “surge” of illegal immigrants he caused happens every year?
… that he would only serve one term?
… that the disaster at the border is Trump’s fault?
… that he had no knowledge of Hunter’s foreign business deals?
… the Supreme Court had decided election fraud cases?
… that he hasn’t taken lobbyist money?
… that he vaccinated (at the time) 70% of the population?
… he has driven an 18-wheeler?
… that he was a coal miner?
… he was a civil rights activist?
… he was arrested in the Capital?
… he was arrested in S. Africa?
… 350 million Americans had been vaccinated?
… no foreign leaders had criticized him?
… about nation building and putting soldiers in Afghanistan?
… about not leaving Afghanistan until all Americans were removed?
… that the collapse in Afghanistan “caught him by surprise”?
… he visited the Tree of Life synagogue after an attack on it?
… that he was going to end COVID?
… he was working “around the clock”?
… he had an opportunity to go to Annapolis and play football?
… that the 2nd Amendment banned weapons?
… the .223 and 9mm round were the most powerful rounds?
… told union members that since he took office, they have more money, more savings?
… that he was responsible for a planned Social Security cost of living increase?
… he would fire anyone on his staff that showed disrespect to anyone?
… there was no action on COVID19 “for months” under Trump?
… Officer Sicknick was murdered at the Capital?
… Republicans were defunding police, not Democrats?
… the economy was “in a tailspin” when he took office?
… the Capital riot was the worst incident of violence since the Civil War?
… the trillions of dollars Democrats were spending would cause inflation?
… Trump said white supremacists were “fine people”?
… there were Russian bounties?
… Democrat spending would not increase the deficit?
… no one making less that $400,000 would see tax increases?
… his infrastructure bill was “paid for”?
… the majority of illegal immigrant families are sent back?
… no family members of his or staff would get government jobs?
… the government was going to “buy American”?