Let’s Play a Game of ‘If Hunter’s Last Name Were Trump.’ 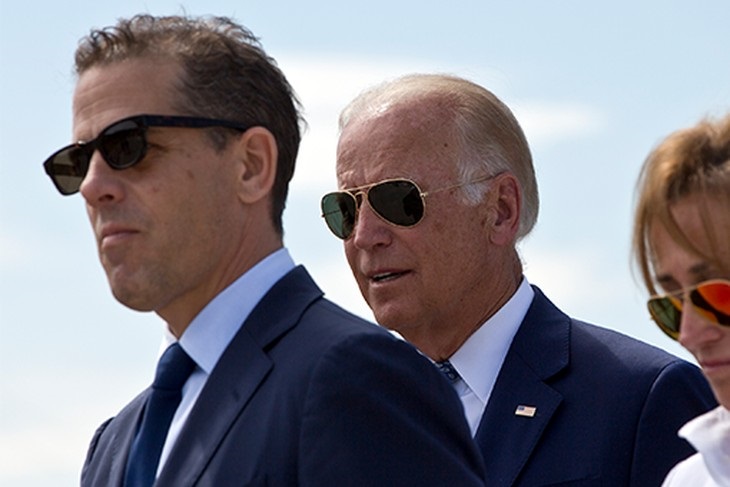 Sure, we fought that war all those years ago to break free from the clutches of British royalty, but we’ve never completely shaken off the vibe. Just look at how many people here are obsessed with Prince Harry, his wife the Duchess of Sussudio, and their new baby daughter Niblet. I believe they have a son, too, the Grand Mage of Riverdale or something.

We also have a tendency to revere some of our politicians and their families a little too much for a representative republic. The most recent examples of that would be the Obamas and the Bidens.

The presidential family that occupied the White House in between those two didn’t fare so well with the media, obviously.

Every member of President Trump’s immediate family — even his young son — suffered unfair scrutiny from the mainstream media. They were routinely savaged for anything they did, even though most of it was benign.

The current occupier of the Oval Office has a straight-up sleazebag of a son running around out there whom the press keeps ignoring. The Democratic propagandists masquerading as journalists must all be suffering a host of orthopedic ills from turning so forcefully away from each new Hunter Biden exhibit of scumbaggery.

Hunter Biden is bad news all around. We’ve heard the stories, but only because the internet is forever and conservatives do occupy some of the media landscape here in the 21st century. He hooked up with his brother’s widow, then fooled around on her with her married sister. He also fathered a child out of wedlock and then tried to abandon his responsibility to the child. He’s got shady business dealings all over the globe, some of which the Justice Dept. has investigated.

The list goes on, but this isn’t a Lifetime movie script.

The latest Hunter Biden bombshell showed up yesterday — not in the U.S., but in the British press — and Matt wrote about it:

Hunter Biden used the n-word several times in text message conversations with his lawyer, according to the Daily Mail, which has reviewed the text messages that were discovered on his laptop.

The shocking text messages come in the wake of Joe Biden’s speech on the 100th anniversary of the Tulsa massacre, during which he vowed to end systemic racism.

According to the report, Hunter “joked in a January 2019 text to corporate attorney George Mesires about a ‘big penis’, and said to the lawyer: ‘I only love you because you’re black’ and ‘true dat n***a’.”

In another text, Hunter tells Mesires, “how much money do I owe you. Becaause (sic) n***a you better not be charging me Hennessy rates.”

“That made me snarf my coffee,” Mesires replied.

After that, Hunter texted a photo to Mesires, which was not described by the Daily Mail.

“I’m sorry for sexting you accidentally that was meant for another friend named Georgia,” Hunter replied.

More accomplished people than Hunter Biden have had their lives ruined by the cancel crowd over much smaller transgressions, but he seems to have been granted a lifelong immunity pass.

My colleague Sister Toldjah at RedState wrote that this one may be difficult for the media to ignore.

I’m not so sure I agree with that, given what he’s already gotten a free pass on.

As soon as this news hit, this was the prevailing sentiment on the conservative side of things:

Donald Trump Jr. was routinely raked over the coals by the mainstream media because he would tweet things that offended the delicate sensibilities of the rabidly biased liberal journalists in America. He was not, however, talking about his junk or raining n-bombs down everywhere. Let’s be honest here — if Don Jr. had been the one caught doing what Hunter Biden did here we’d all be going deaf from the liberal shrieking.