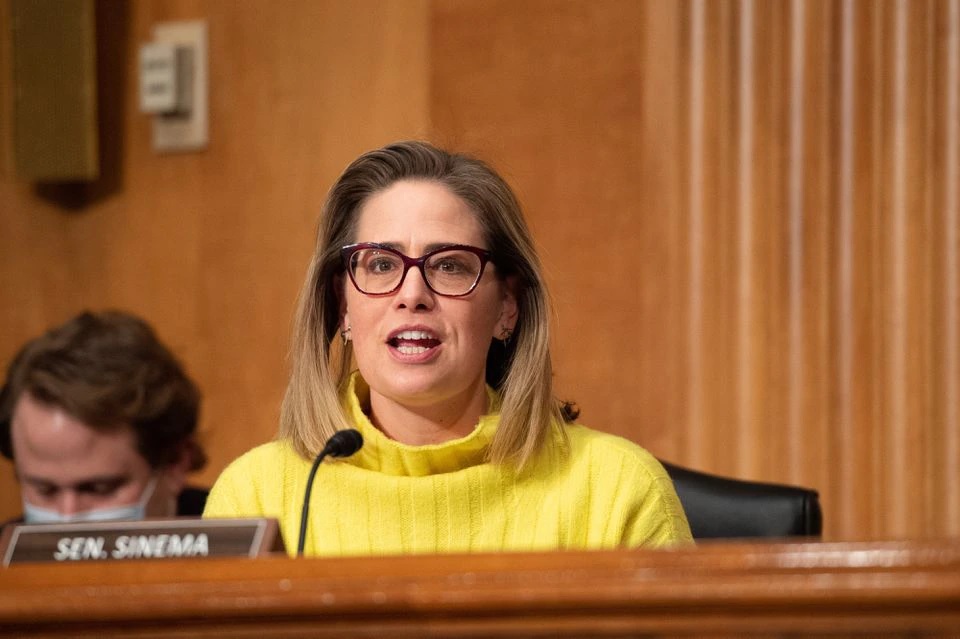 Only I don’t believe that last part. I think the full $730 billion will be spent over the next several years, with a plan — an IOU — to retire $300 billion in debt in the last five years of the ten-year plan.

Which will never happen.

But this is how the score bills to Con the Rubes.

I suppose the good news is: It could have been worse.

Democratic U.S. Senator Kyrsten Sinema said on Thursday she agreed to “move forward” on a $430 billion drug pricing, energy and tax bill, subject to a Senate arbiter’s approval of the bill, which Democrats intend to pass over Republican objections.The bill known as the Inflation Reduction Act…

As mentioned yesterday, this bill increases federal spending in an already highly inflationary environment. It will not “reduce inflation.” It will increase it.

Theoretically, in the “out-years,” the years in the tail end of the 10-year scheme of the spending plan, cuts in spending will be made and that will in theory cut inflation… six, seven or eight years from now.

But 1, that doesn’t help us with the acute and unbearably high inflation we’re seeing now and 2, no one believes those cuts will ever take place. They’re an accounting gimmick to get the spending through while pretending the bill is actually “revenue neutral.”

Congress does not have to follow through on this spending cut “plan.” They announce a “plan” just to get their spending increases smuggled through reconciliation. Next year, they can pass another ten year “plan” that also increases spending — but also claims to “cut spending,” promising cuts in the out years.

And those cuts never come.

This is the “Inflation Expansion Act.”

… introduced last week by Schumer and Democratic Senator Joe Manchin, is a key priority for Democrats and President Joe Biden ahead of November’s election battle for control of the U.S. Congress.The act will help people save money on prescription drugs and health premiums, Biden said in a statement on Thursday.

“It will make our tax system more fair by making corporations pay a minimum tax,” he said.

Is it just me, or does anyone else find your enthusiasm for protecting corporations — which not only paid to “fortify the election,” but then also bankrolled the riots and arsons and murders of BLM — falling to zero?

They’re a Democrat constituency now. They can get their favors from the Democrats.

I don’t know why we’re doing favors for people who hate us. Fuck them to hell. I don’t care if the whole Fortune 500 winds up paying 70% corporate tax rates.