Kevin McCarthy Asked Liz Cheney, Can’t The Social Media Monopolies Take Away the Accounts of Congressmen That Question the Election Results, Too? 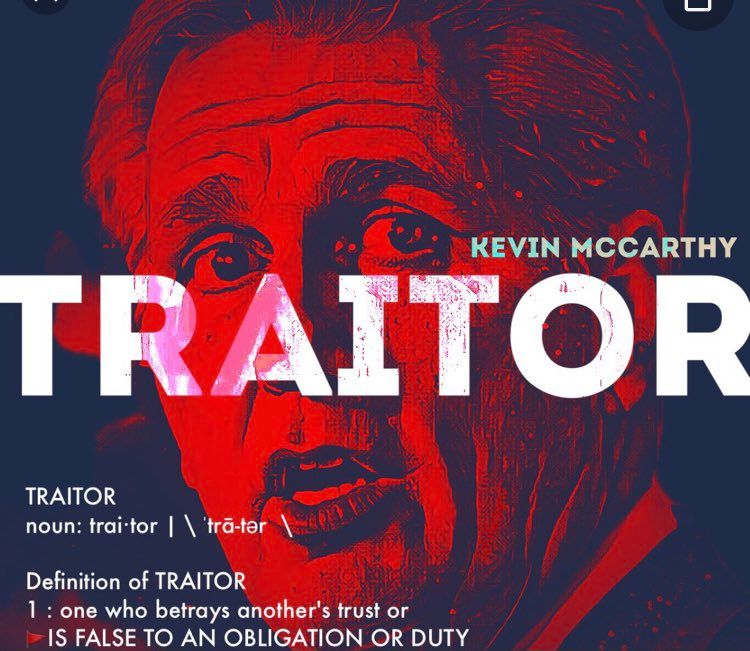 What can we do to promise firmly that either this son of a bitch steps aside or we’re staying home in November?

Tucker Carlson lashed out at House Minority Kevin McCarthy (R-CA) on Tuesday night, warning Republicans that a change in leadership is necessary.The Fox News host pointed to an excerpt in a forthcoming book, This Will Not Pass, by New York Times reporters Alexander Burns and Jonathan Martin.

On January 10, after Twitter’s Censorious Brahmin Vijaya Gadde had already banned the sitting President from the service, Kevin McCarthy conspired with Liz Cheney about colluding with the tech oligarchs to ban more sitting Republican officials from speaking to their constituents.

The platform had already banned Donald Trump’s account permanently at that point after he riled up supporters on the morning of Jan. 6.”We can’t put up with that,” McCarthy said on Jan. 10, 2021. “Can’t they take their Twitter accounts away, too?”

“Congressman Kevin McCarthy of California told his close friend Liz Cheney that he hoped the social media companies would censor more conservative Republicans in Congress,” he stated. “Donald Trump, the sitting president, had already been silenced by those companies. But McCarthy wanted the tech oligarchs to do more and force disobedient lawmakers off the internet.”

The host quoted McCarthy and reacted with disdain.

“Those are the tape-recorded words of Congressman Kevin McCarthy, a man who in private, turns out, sounds like an MSNBC contributor. And yet, unless conservatives get their act together right away, Kevin McCarthy one of his highly liberal allies like Elise Stefanik is very likely to be Speaker of the House in January. That would mean we will have a Republican Congress led by a puppet of the Democratic Party.”

Either he goes or we go. Kevin McCarthy should retire from leadership to spend more time with his bizarre adult male roommate.