‘It’s WORSE’: Fight For Schools shares timeline showing how Loudoun County schools covered up alleged rape of 9th-grade-girl by a boy in the girl’s bathroom 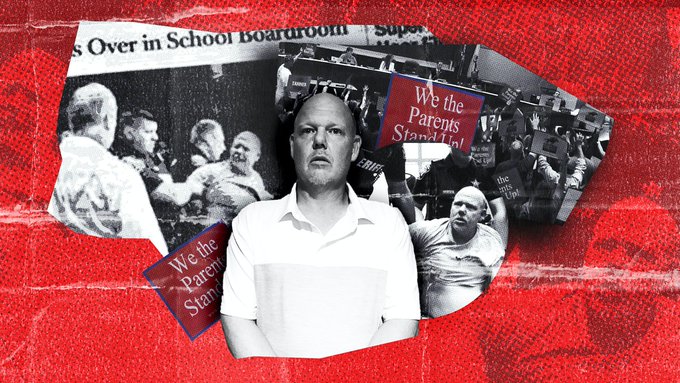 We KNEW Loudoun County was bad … we had no idea how bad though.

As Twitchy readers know, a story broke Monday about a ninth-grade girl who was allegedly raped by ‘a boy in a skirt’ who was allowed in her bathroom because of Loudoun County’s transgender policies. The story itself is just awful:

Thread⬇️
On May 28 at Loudoun County Stone Bridge High School @LCPSOfficial a ninth grade girl was allegedly raped by a boy who was in the girls’ bathroom. https://t.co/1EyMQiQeYe

Fight For Schools is a local parent group in Virginia led by Ian Prior who has been fighting CRT and other inappropriate policies in the school district, and they have been on the ground with all of this from the get-go. They released their own thread about what happened with Smith and his daughter … and even mention that this could have happened to another student as well.

The school @LCPSOfficial called the victim’s father, Scott Smith, and told him that they would handle the incident in house his reaction led the school to call the police who took his daughter to the emergency room where a sexual assault was confirmed by a rape kit

They told him they would handle the incident IN HOUSE?

On May 28, the principal of Stone Bridge high School @LCPSOfficial sent an email to parents saying that there had been an incident in the office and that there was no threat to the student body – it contained no indication of a sexual assault in school earlier that day.

Parents had no idea what had happened.

Just that there was an incident.

Scott Smith attended the June 22 @LCPSOfficial Meeting to tell the school board about what happened to his daughter. At the meeting, a local activist, Jackie Schworm, allegedly told Smith that: she did not believe his daughter; and that she would destroy his family business.

We’re sadly not shocked by this because it’s these people that have been forming lists of parents to destroy if they don’t support CRT.

This caused Smith to become enraged and had an altercation with a PO and being arrested for disorderly conduct. Photos of him led to him becoming the poster child of angry parents and justification for DOJ to label parents at school board meetings as “domestic terrorists”

And of course, Smith is the bad guy because our media sucks.

The county prosecutor, @biberajbb, who has a personal relationship with many LCPS school board members pushed for jail time for Smith even though she ran on a platform of ending “mass incarceration”

Pushed for jail time FOR THE DAD after he was told his daughter lied about being raped.

OH, and about that county prosecutor: