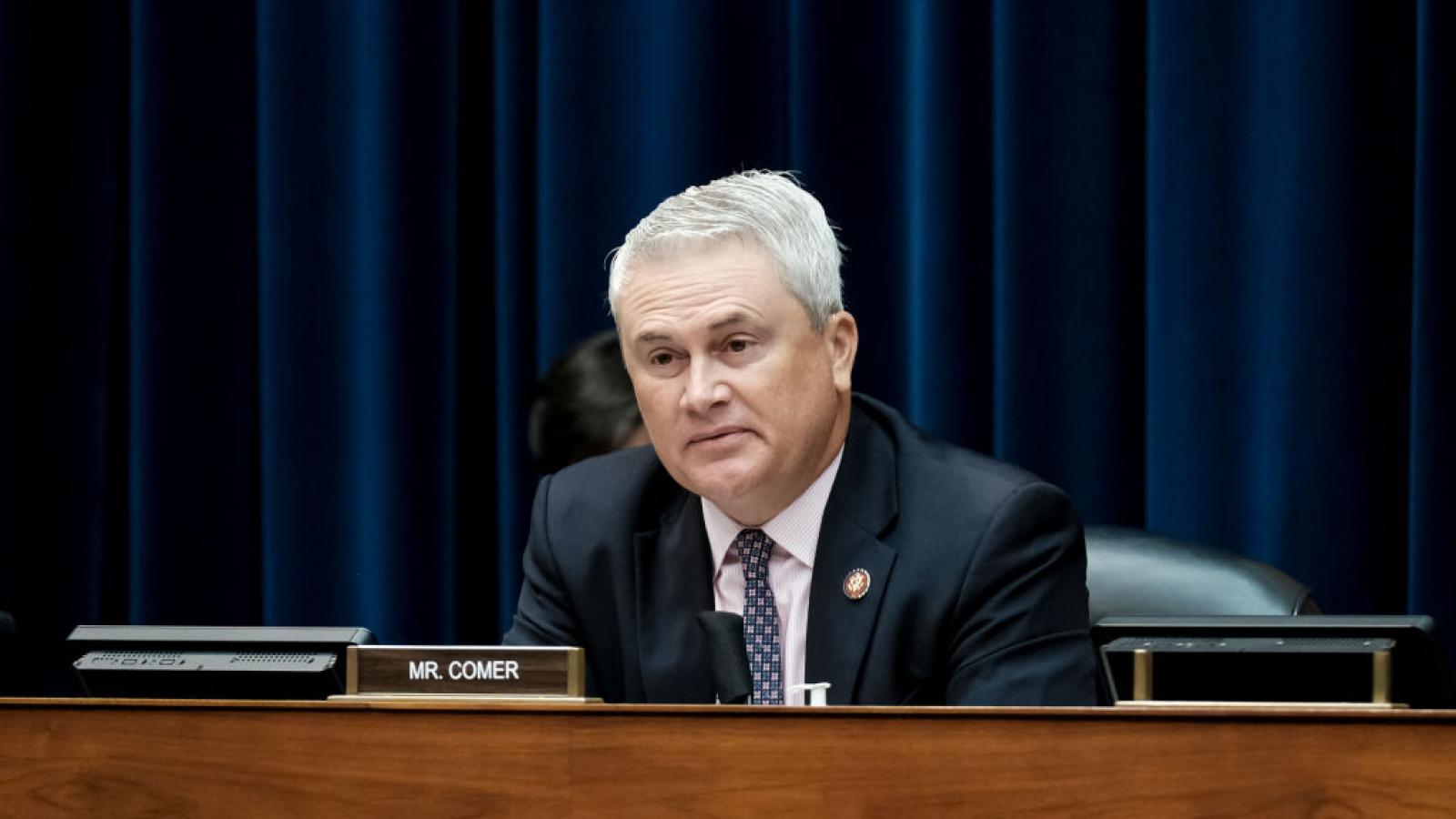 The incoming chairmen of two powerful House committees are raising doubts that the special prosecutor named by Attorney General Merrick Garland to oversee the investigations of Donald Trump can be impartial given his history with two prior scandals involving conservatives.

Rep. James Comer (R-Ky.), the next chairman of the House Oversight Committee, was asked Monday whether Smith was the right candidate to instill confidence in the Trump investigation. “Not at all!” he told Just the News.

“Just when you think the DOJ can’t get any more politicized, they do this,” Comer said during a wide-ranging interview on the John Solomon Reports podcast. “I mean, it’s really sad and discouraging to the rank-and-file employees at the DOJ, the rank-and-file FBI agents in America, how politicized and unfair and biased the leaders at the DOJ and FBI have become.”

Rep. Jim Jordan (R-Ohio), the expected next chairman of the House Judiciary Committee, said Monday that Smith’s role in instigating the IRS pursuit of conservative nonprofits during the Obama years cast a pall on his appointment to be special counsel.

“Jack Smith was looking for ways to prosecute the innocent Americans Lois Lerner targeted during the IRS scandal,” Jordan told Just the News. “Do you really trust him to give President Trump a fair shake?”

Contemporaneous emails and testimony show that Smith, as DOJ public integrity chief, conceived the idea of pressing the IRS tax exempt enforcement division to build conspiracy cases against conservative nonprofits in the aftermath of the Supreme Court’s landmark Citizen United case as a way of keeping them from engaging in politics.

“This seems egregious to me,” Smith wrote DOJ colleague Raymond Hulser in September 2010, citing a New York Times article on right-leaning tax-exempt groups. “Could we ever charge a conspiracy to violate laws of the USA for misuse of such non profits [sic] to get around existing campaign finance laws + limits? I know 501s are legal but if they are knowingly using them beyond what they are allowed to use them for (and we could prove that factually).”

Another DOJ colleague, Richard Pilger, told congressional investigators that Smith dispatched him to meet with the IRS to further explore the idea, setting in motion a years-long effort by Lerner and her colleagues to target Tea Party and other conservative groups.

A subsequent Treasury Department investigation found the IRS used “inappropriate criteria” to pursue the conservative groups without adequate evidence they were doing something wrong.

The Justice Department is defending Smith, noting he is registered as a political independent. The Biden White House, meanwhile, said it was kept in the dark about his appointment until it was announced.

“The Department of Justice makes decisions about its criminal investigation independently,” White House Press Secretary Karine Jean-Pierre said Monday. “We were not given advance notice.”

Some Republicans have expressed frustration that Garland named Smith as a special counsel to pursue Trump while not taking similar action in the Hunter Biden probe.

Others, like Rep. Marjorie Taylor Greene, have suggested the new House GOP leadership might use a Civil War-era procedure known as the Holman Rule to defund the special counsel probe, thus blocking the probe from proceeding.

“Holman Rule. Look it up,” Greene tweeted over the weekend. “@GOP Leader is going to put it in place. That means no money for Garland’s politically weaponized special counsel. Don’t promise too many jobs! Whoops. Defunded.”

The Holman rule would require a majority vote of the House and Senate, and past efforts to use it back in 2017-18 did not succeed. But Greene’s comment signaled just how frustrated some conservatives are with Smith’s appointment.

“He’s not the man,” Rep. Ralph Norman (R-S.C.), a member of Comer’s committee, told Just the News on Monday night. “He shouldn’t even have any role.

“To put Jack Smith as the head of really anything with his long and storied history is unbelievable. It just shows you the weaponization of every facet of government that this administration is doing.”

Rep. Andy Biggs (R-Ariz.), a leader of the House GOP’s conservative wing and a Judiciary Committee member, said he doesn’t even believe there is a need for a special counsel, let alone Smith. “There is no right guy for the job because this is a political witch hunt that is just being expanded over literally, probably six years now,” Biggs said.

“The Department of Justice makes decisions about its criminal investigation independently,” White House Press Secretary Karine Jean-Pierre said Monday. “We were not given advance notice.”

Bullshit. The told the same lie about targeting parents disagreeing with school boards, about not knowing in advance about the Mar a Lago raid and now this. Nothing this trashy regime tells the people ever has a grain of truth in it.

Smith would have been picked if he was a reliable biased, prejudiced left wing political hack.

Obama Claimed his Dictatorship was without a single scandal He Lied