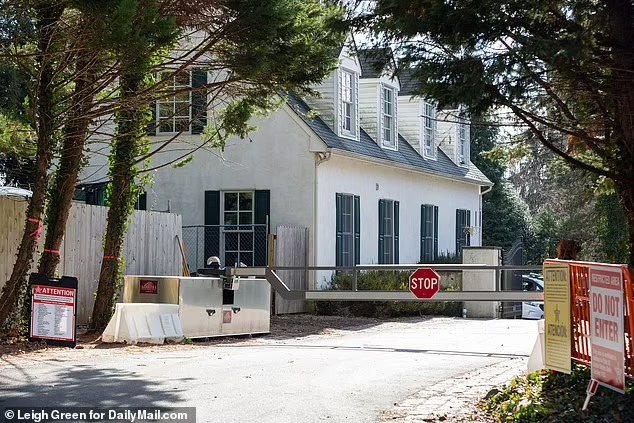 They didn’t offer Trump that deal. They didn’t call Trump and say, “We want to search your house and seize your documents. We’d like your permission, otherwise, the next step might be a search warrant and a raid.”

No, they just went with the raid.

Biden gets the Mother-May-I kid gloves.

I think the FBI only got involved because the special prosecutor — not Biden’s wingman Merrick Garland — felt embarrassed that he was letting Biden’s defense attorneys collect the evidence against him and realized That’s Not How Prosecutions Work. So he called Biden to get his permission for an FBI search, and they found six more classified documents.

Biden’s been hoarding one of these purloined documents since he was a Senator.

FBI is weighing up ‘whether to seek searches’ of Biden’s other homes after DOJ finds six MORE classified documents at his Wilmington house: House Oversight Committee promises to probe President’s finances in ‘next phase’ of its investigationPresident Biden was in Rehoboth Beach, Delaware while his Wilmington-area property was being searched by Justice Department officials

They recovered six files, a number of which has classified markings, per lawyer

…Meanwhile, Republicans are knives out for the president amid the growing scandal.

House Oversight Committee Chair Rep. James Comer said his investigation into the Biden family was moving into its ‘next phase,’ which reportedly involves both the classified documents and the president’s finances – along with those of his son Hunter Biden.

‘That’s the next phase of our investigation because we’re trying to figure out who these anonymous sources are that are sending so much money to the Biden family schemes – the Biden Center for Diplomacy and Hunter Biden’s artwork.’

Investigating the Biden family and its finances has been a top priority for Comer and House Republicans ever since clinching the chamber majority late last year.

…The latest discovery reportedly brings the total number of classified files found to between 25 and 30.

It’s not immediately clear how many of the six documents revealed on Saturday were top secret in nature.

But the documents found Saturday range from Biden’s three-decade tenure in the Senate and his time as Barack Obama’s vice president.

…DOJ requested that the search not be made public in advance, in accordance with its standard procedures, and we agreed to cooperate,’ the statement read.

Maximum protection for Biden’s privacy — they didn’t think of that when they raided Trump’s house with police lights conspicuously flashing.

And they’re not leaking out pictures of Biden’s classified documents arrayed on the floor in a spray. Why not?

…Donald Trump, the former president who is Biden’s political arch rival, seized on the debacle to once again declare his own innocence.

‘They created this Documents mess for themselves by being so totally DERANGED about me, and I did NOTHING WRONG!!!’ Trump wrote on his social media app Truth Social.

…
[R]epublican critics of the Democratic president have called that into question after Saturday’s discovery.

‘AGAIN?!? How in the HELL do they keep screwing this up?? As Biden repeatedly says, “everyone knows how seriously I take classified documents.” Yes. Yes we do,’ Texas GOP Sen. Ted Cruz wrote on Twitter.

Anna Puma sent this link to This Ain’t Hell. It seems that during the 1970s, a certain blowhard Senator voted against Ted Sorenson for CIA director, because he’d taken classified documents home with him.

0
Reply
Deplorable Me
Reply to  DrJohn

Yep, they’ll give it the full El Paso.

They didn’t offer Trump that deal.

Well, actually they did and Trump accommodated. The FBI left happy. But they raided later anyway. Because of fascist Garland turning the FBI into the GESTAPO.

DOJ requested that the search not be made public in advance, in accordance with its standard procedures, and we agreed to cooperate,’ the statement read.

Oh, they didn’t think it in the public interest to call CNN ahead of time and have them set up cameras before hand? Gee, I wonder why not?