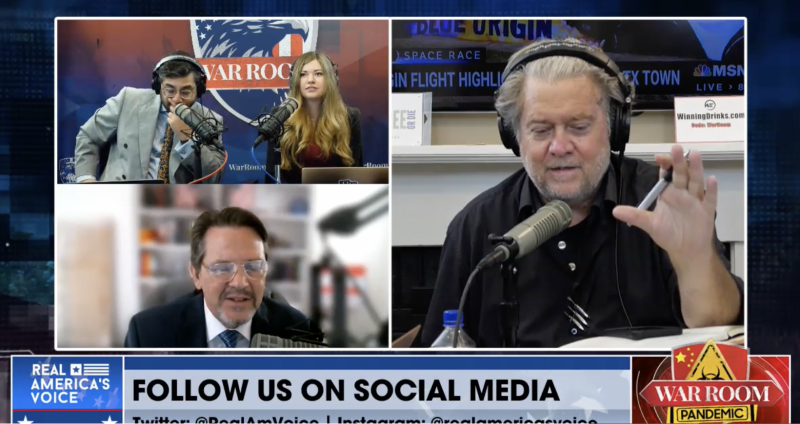 by The National Pulse

“2020 is here, and the work defeat Trump and the GOP in November starts NOW.”

During an interview on Steve Bannon’s War Room: Pandemic podcast, Duke admits that after learning about the nearly 100 donations, Lead Stories “took the staffer off of doing any political stories after that and the staffer then was gone.”

Duke also asserts during the interview that “we don’t have anybody who’s donated to political parties that I’m aware of, and if you know of any, you let me know and we’ll deal with it.”

“We have a rule that you cannot have donated to political candidates. We have a hard-and-fast rule and when we find out that that happens, we have to react to that,” he reiterates.
Read more