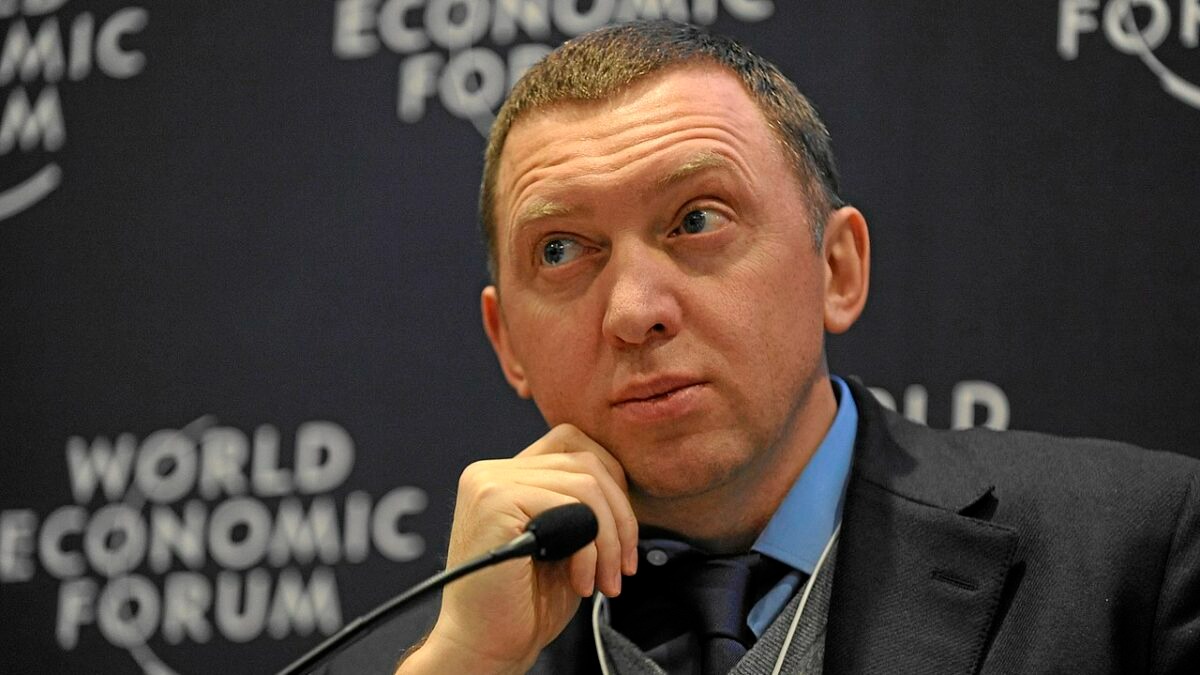 The Department of Justice unsealed twin indictments on Monday against Charles McGonigal, a former FBI section chief involved in the decision to launch the Crossfire Hurricane investigation against then-Republican presidential candidate Donald Trump.

1. McGonigal Charged with Conspiring with Russian Interpreter to Launder Money — and More.

Monday morning brought breaking news that the U.S. attorney’s office for the Southern District of New York had unsealed a five-count indictment that charged McGonigal and Sergey Shestakov with violating the International Emergency Economic Powers Act, or IEEPA, and with conspiring to launder money. Prosecutors also charged Shestakov with lying to the FBI.

McGonigal, as the indictment explained, was previously a “senior official” in the FBI, having been employed by the bureau from 1996 to 2018, and working in Russian counterintelligence, organized crime matters, and counter-espionage. From 2016 until his retirement in 2018, McGonigal was the special agent in charge of the Counterintelligence Division of the FBI’s New York Field Office, a role in which he supervised and investigated Russian oligarchs, according to the indictment.

Shestakov, for his part, is described as a “former Soviet and Russian diplomat,” who was in that role from 1979 until his retirement in 1993. The press release announcing the charges notes that Shestakov is now a U.S. citizen, and he has “more recently served as an interpreter for United States federal courts and prosecutors.”

The indictment charged that McGonigal and Shestakov violated the sanctions imposed by the United States on Oleg Deripaska, a Russian oligarch, in violation of the IEEPA. Specifically, the indictment alleged the duo, in or about 2021, “agreed to and did investigate a rival oligarch of Deripaska in return for concealed payment from Deripaska.”

According to Monday’s press release, McGonigal and Shestakov negotiated with a representative of Deripaska, identified as Agent-1 in the indictment, “to conceal Deripaska’s involvement” in the relationship “by, among other means, not directly naming Deripaska in electronic communications,” using instead various nicknames, such as “the big guy.” McGonigal, Shestakov, and Deripaska also allegedly used “shell companies,” to hide the payments coming from Deripaska.

McGonigal allegedly first met Deripaska’s representative, Agent-1, while still employed by the FBI, but then in the spring of 2021, after McGonigal had retired from the bureau, he was allegedly solicited to work directly for Deripaska. Specifically, the indictment charged that Deripaska hired McGonigal to investigate a second Russian oligarch with whom Deripaska had an ongoing dispute over control of a Russian corporation. In exchange, Deripaska allegedly agreed to pay the partners $51,280, followed by monthly payments of $41,790, although the payments were made to a New Jersey corporation, which then transferred the funds to McGonigal and Shestakov.

The activities among McGonigal, Shestakov, and Deripaska’s intermediaries “largely” ceased, according to the indictment, upon the FBI executing search warrants and seizing McGonigal and Shestakov’s electronic devices on Nov. 21, 2021. Shortly before the FBI executed the search warrant, Shestakov allegedly lied to the FBI about his relationship with McGonigal, which formed the basis of the false statement charge against Shestakov.

2. McGonigal Is in More McTrouble

If the indictment in the Southern District of New York were not enough to shake McGonigal’s world, an hour later the Department of Justice released a second press release announcing the unsealing of a second indictment in the District of Columbia. This indictment charged McGonigal with making multiple false statements, concealing material facts, and falsifying records or documents — nine counts in total.

Underlying the nine criminal counts were allegations that McGonigal failed to accurately complete financial disclosure reports, which McGonigal was required to do on an annual basis, and failed to accurately report unofficial foreign travel and ongoing professional or official contracts with foreign nationals.

The accusations are related to McGonigal’s alleged failure to accurately report his financial situation, connections with foreign nationals, and his relationship with several unnamed individuals. Those individuals are identified as Persons A, B, C, and D, with McGonigal receiving large cash payments in exchange for what appear to be questionable “favors.”

For instance, the indictment described Person A as a naturalized U.S. citizen who was born in Albania and who had previously worked for the Albanian intelligence agency. It then alleged McGonigal “hid aspects of his relationship with Person A,” including “that he had accepted more than $225,000 from Person A, had traveled to Europe with Person A, and met numerous foreign nationals through Person A.”

It was McGonigal, according to the indictment, who approached Person A with the money-making scheme, when “no later than August, 2017,” he “inquired as to whether Person A could provide money to him.” Then on Sept. 7, 2017, Person A allegedly indicated he “was working on the money.” Thereafter, McGonigal traveled with Person A to Albania where he allegedly lobbied the Albanian prime minister on behalf of Person A.

Over the next several months, McGonigal allegedly received three cash payments from Person A, ranging from approximately $65,000 to $80,000 each time. The indictment further charged that “McGonigal caused the FBI-NY to open a criminal investigation of a U.S. citizen in which Person A would serve as a confidential human source.”

Specifically, on Nov. 25, 2017, McGonigal allegedly informed a federal prosecutor of “a potential new criminal investigation involving a U.S. citizen who had registered to perform lobbying work in the United States on behalf of an Albanian political party different from the one in which the Prime Minister was a member.” Then on Feb. 26, 2018, the FBI office “formally opened a criminal investigation focused on the ‘U.S. citizen lobbyist’ at defendant McGonigal’s request and upon his guidance.”

The indictment suggests McGonigal opened the investigation into “the U.S. citizen lobbyist” to further his monetary relationship with Person A and others, with the allegations stressing that McGonigal remained in communication with the prime minister after Person A arranged for them to meet in September of 2017. Person A and Person B, the latter identified in the indictment as a former senior Albanian government official and informal adviser to the Albanian prime minister, both then assisted the FBI in the investigation of “the U.S. citizen lobbyist.”

Elsewhere, the indictment charged that McGonigal attempted to arrange a meeting with Persons C and D and U.S. government authorities to benefit from the unnamed Person A. Among other things, the indictment claimed that McGonigal proposed Person D pay Person A’s company $500,000 in exchange for the scheduling of a meeting with a representative from the U.S. delegation to the United Nations. McGonigal then worked to coordinate the meeting, according to the charges.

3. The Shockwaves of This Latest FBI Scandal Hit Spygate

The two indictments alone represent another huge scandal to the FBI: McGonigal was no low-level agent but rather a special agent in charge of the Counterintelligence Division for the New York Field Office. And although McGonigal retired in 2018, some of his allegedly criminal conduct took place while still in that position and allegedly involved the launching of an investigation of a U.S. citizen who was lobbying for a political opponent of one of McGonigal’s foreign contacts.

In isolation, yesterday’s news is a body blow to the bureau, which already has two black eyes from the last seven years of scandals. But the New York indictment of McGonigal reverberates more directly to the SpyGate scandal and specifically the failure of the DOJ to pursue Christopher Steele for his own work for Deripaska.

The inspector general’s report on FISA abuse concluded that “Steele performed work for Russian Oligarch 1’s attorney on Russian Oligarch 1’s litigation matters,” with Deripaska the generically named “Oligarch 1.” Steele, the OIG report continued, “passed information to Department attorney Bruce Ohr advocating on behalf of one of Russian Oligarch 1’s companies regarding U.S. sanctions.” The report further found that Ohr and Steele’s communications concerning Deripaska occurred “in 2016 during the time period before and after Steele was terminated as a [confidential human source].”

Additionally, the OIG report connected that “Ohr said that he understood Steele was ‘angling’ for Ohr to assist him with his clients’ issues,” and that “Ohr stated that Steele was hoping that Ohr would intercede on his behalf with the Department attorney handling a matter involving a European company.”

Steele had reportedly also previously worked for Deripaska’s London-based attorney Paul Hauser, and Steele “appeared to lobby on behalf of Deripaska through a D.C.-based attorney, Adam Waldman.” Steele, however, never registered as a lobbyist under the Foreign Agent Registration Act, or “FARA.”

Yet Steele has never been charged with violating FARA. Why?

While this question has been asked again and again, the federal charges against McGonigal for his work on Deripaska’s behalf bring this question to the forefront again.

The raising of Deripaska’s name in yesterday’s indictment also offers the chance to revisit another SpyGate scandal yet unresolved — a lesser noticed one buried in the hundreds of pages of the inspector general’s report on FISA abuse.

As I previously detailed, the IG report noted that on Dec. 7, 2016, Bruce Ohr called an interagency meeting to discuss Deripaska. During that meeting, Ohr apparently suggested trying to work with Deripaska, and later told a subordinate that the basis for the suggestion was that “Steele provided information that the Trump campaign had been corrupted by the Russians,” and that the corruption went all the way to President-elect Trump. So Ohr apparently suggested cutting a deal with a Russian oligarch based on the fake Steele dossier.

It also appears that agents considered cutting a deal with Deripaska to possibly ensnare Paul Manafort, with the end goal being to take down Trump — another startling possibility that would reveal our FBI viewing Trump as worse than the Russian oligarch.

To date, little has been explored of possible efforts by the DOJ or FBI to go easy on Deripaska for the great goal of getting Trump. But maybe the renewed focus on Deripaska will resurrect these overlooked details.

The details of the charges makes Greg’s assertion that McGonigle’s Russian connect means he protected Trump look even more ridiculous, if that is even possible.

I’ve said all along that the Russians preferred Hillary to win in 2016 because they have so much blackmailing fodder on her. To me, this only reinforces that, as it looks like the Russians were interested in destroying Trump before he could do too much damage to Putin. Curiously, the Democrats were of the same mind. Go figure.

It also casts doubts upon the integrity of the NY office of the FBI that has had such an obsession with Trump. It’s been clear all along this wasn’t driven by any suspicious activity by Trump, but now maybe the true driving force behind that is coming known.