Elizabeth Warren: What Kind of Anti-Democratic Shithole Do We Live In When a Majority of 49 Can Be Thwarted by a Minority of 51? 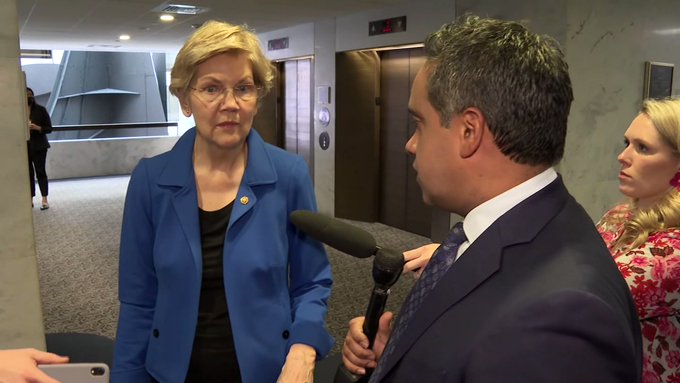 Elizabeth Warren making the case for fewer women in STEM.

.@SenWarren: "I believe in democracy, and I don't believe the minority should have the ability to block things that the majority wants to do. That's not in the Constitution. […] It's time to get rid of the filibuster." https://t.co/2tBTIfvv2q pic.twitter.com/UwZuKxrotg

Although the vote was a cloture vote, it’s hard to call this a “filibuster” when there just weren’t even 50 votes to end debate, and the Democrats didn’t even have a majority of votes to proceed to a final vote on the bill. That’s not a “filibuster;” that’s just a failed vote.

Obviously, even if they’d gotten the cloture bill — if Manchin had said “Sure I’ll vote for cloture just to get this over with” — they would have failed to pass the bill.

Leftwing Democrat Salon Hot 25 blogger AllahPundit points out to his leftwing Democrat readers that several purple state “moderate” Democrats only voted for cloture because they knew that the cloture vote would fail. That is, they knew they would not have to vote on the merits of an extremist partial-birth-abortion, abortion-until-moment-of-crowning, force-Catholic-hospitals-to-perform-abortions, no-parental-consent, akshually-men-get-abortions-too bill.

And they could always explain away their “yes” on the cloture bill as, “I was just voting to end debate, not voting ‘yes’ on the merits of the bill itself.”

Had they been voting on the bill itself, Schumer might have had maybe 44 votes.

That might have been why Schumer insisted on the extremist version of the bill — precisely so it would not get cloture, and would not therefore divide the party with an actual vote on the merits of a national abortion bill.

She’s on the warpath again…

How is it ant-democratic. One of her peers broke with her tribe to vote against the tribal leaders.

The basic ignorance of how democracy works, either honest or willful, has these fools actively trying to undermine our Constitutional Republic and how it operates.

Buffalo Betsy doesn’t seem to what a minority, a democracy or a filibuster is. Has she been hitting the firewater with Pelosi?