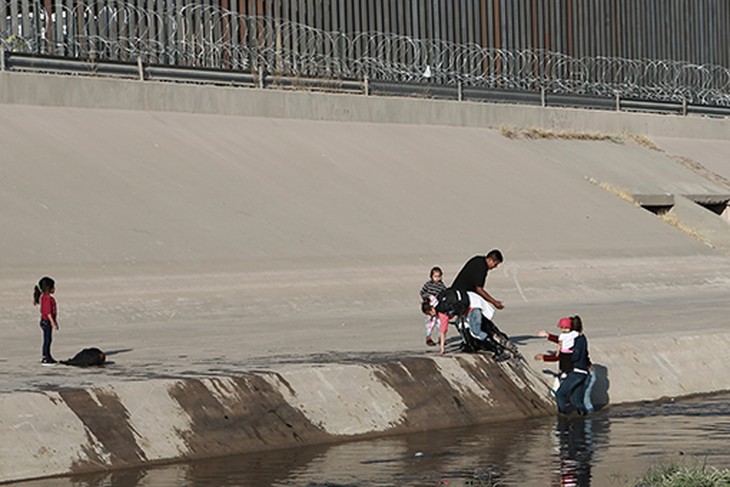 Poor Herbert Hoover. The Republican president had the misfortune of being in office when the Great Depression hit. While some of his policies contributed to the severity of the downturn, the depression was the inevitable outcome of ruinous tariffs and overproduction.

But from 1930 to the 1960s, Democrats made the word “Hoover” synonymous with “disaster.” Hoover became a whipping boy for every Democratic president up to and including John Kennedy.

Now, with a disaster at the border entirely of their own making, Democrats are casting about for someone to blame for the crisis. Naturally, they didn’t have to look very far.

House Speaker Nancy Pelosi called the number of migrant children and teenagers currently held in custody at the southern border a “humanitarian challenge,” blaming the Trump administration’s handling of immigration for the uptick.

“This is a humanitarian challenge to all of us,” Pelosi told ABC News’s George Stephanopoulos on Sunday. “What the administration has inherited is a broken system at the border, and they are working to correct that in the childrens’ interest.”

The media has prepared the battleground for Democrats superbly. Trump has become a villain in every morality play the Democrats are staging. And that probably won’t change for decades.

Due to more hospitable shelters already being at 94% capacity, many detained minors have been staying an average of 107 hours in the facilities, longer than the legally allotted time of 72 hours, according to NPR.

On Saturday, the Biden administration announced it would deploy the Federal Emergency Management Agency to aid the situation at the border over the next three months.

Pelosi praised the move, calling it a step to manage border issues better than the Trump administration.

It’s all for show, of course. FEMA is just putting more useless boots on the ground. Their mission is to show that Joe Biden is “doing something about the problem.” Beyond that, their uniforms photograph well.

However, Biden administration officials say it’s been a challenge to keep up with the demand of children needing services at the border, most of whom are under U.S. care for an average of 37 days.

“We are not in a place where we’re going to be able to meet the demand that we are seeing,” an official close to Biden said. “Every day, we are bringing new beds online, but it takes a lot of time, unfortunately, in terms of our licensed care-provider network. We are aggressively adding hundreds of beds by the week to our care-provider network.”

It takes a lot of moxie to blame a president who tried very hard to prevent what’s happening at the border now. But it won’t only be the border crisis.