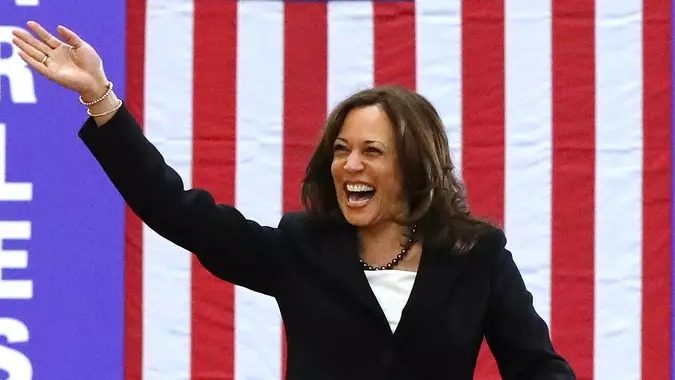 By will title via The Liberty Daily

Speaking in Tallahassee, Florida about abortion, Roe v. Wade, and what she sees as the right to kill babies in the womb, Vice President Kamala Harris conveniently left out the “right to life” when speaking about the fundamental rights we have as Americans as described in the Declaration of Independence, obviously doing so because the right to life would include the right to not be murdered in the womb.

One of her questionable quotations from historical American passages was a reference to the National Anthem, saying that America is no longer the land of the free because women can’t kill babies, ignoring that abortion was quite illegal when the National Anthem was written. In her words:

The right of every woman in every state in this country to make decisions about her own body is on the line. And I’ve said it before, and I will say it again: How dare they? How dare they?

But let us ask, can we truly be free if a woman cannot make decisions about her own body?

But that was just one of her ridiculous references to history. She also attempted to quote the Declaration of Independence but left out the bits about our “Creator” and the “right to life”, as both of those are big no-no phrases in the Democrat lexicon now. Here’s what she said:

A promise we made in the Declaration of Independence that we are each endowed with the right to liberty and the pursuit of happiness.

Be clear.  These rights were not bestowed upon us.  They belong to us as Americans.

The actual line from the Declaration of Independence is “We hold these truths to be self-evident, that all men are created equal, that they are endowed by their Creator with certain unalienable Rights, that among these are Life, Liberty and the pursuit of Happiness.”

This is how Democrats try to rewrite history to suit their agenda. To make their abortion death cult acceptable, they have to blot out the “right to life” in our history, from the very Declaration of Independence.

What morons like the whore Kamala don’t realize, apparently, is that women have all the to control their bodies (except in cases of rape, of course). They can make the decisions that impact their lives. What they want to ignore is that after they’ve made a really stupid and bad decision, the decision of life or death of the life they have created is not up to them. But, they want to try and ignore that little detail.

Birth control is readily available and relatively cheap. One form of birth control is absolutely free, but of course, that one is unreasonable to those who want to do whatever they feel like without suffering any consequences of their actions. But, to say that restricting abortion to a rational limitation is taking all choices away from women considering their health and lives is nothing but a gutless lie.