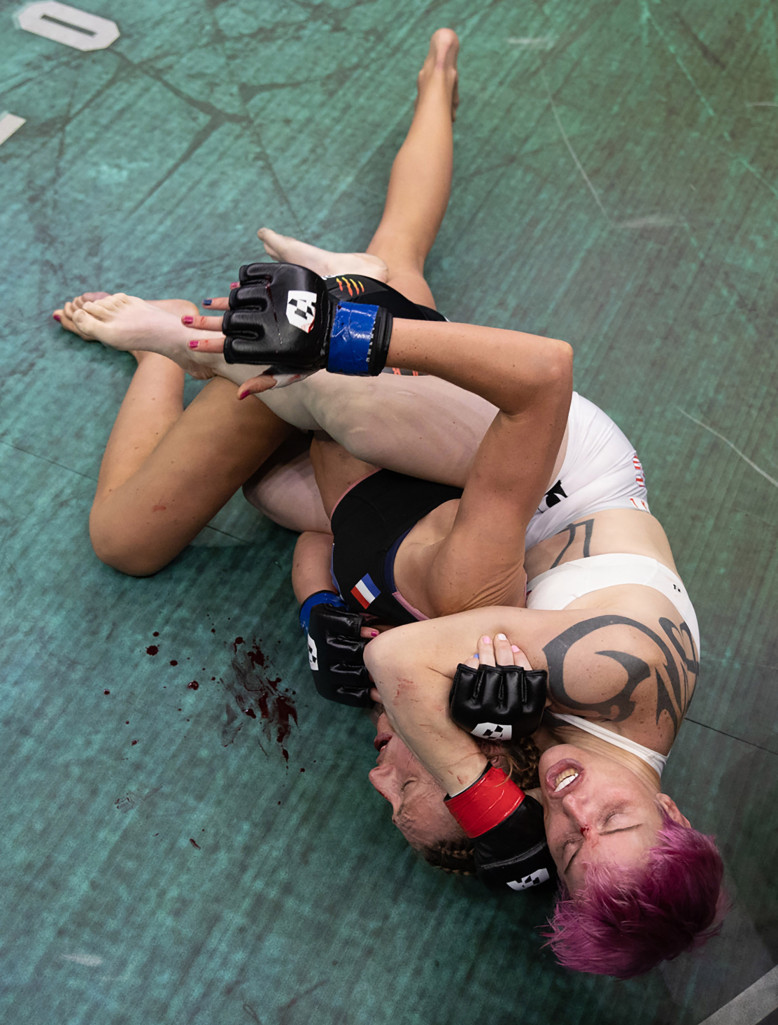 A fight? More like a spectated domestic abuse situation.

The trans “woman” is formerly a Special Forces soldier.

He wore a t-shirt reading “End Trans Genocide,” before beating the living shit out of a cisgendered woman.

Alana McLaughlin, the second openly transgender woman to compete in MMA in the United States, won her debut Friday night via submission at the Combate Global prelims in Miami, Fla.The 38-year-old used a rear-naked choke against Celine Provost to end the match 3 minutes, 32 seconds into the second round.

McLaughlin, who began her gender transition after leaving the U.S. Army Special Forces in 2010, said she hopes to be a pioneer for transgender athletes in combat sports.

“I want to pick up the mantle that Fallon put down,” McLaughlin told Outsports before the fight, referring to Fallon Fox, who in 2012 became the first transgender woman to fight in MMA. “Right now, I’m following in Fallon’s footsteps. I’m just another step along the way and it’s my great hope that there are more to follow behind me.”

You mean Fallon Fox, the man pretending to be a woman who used to break women’s jaws and give them concussions?

By the way, don’t hold this against the UFC. MMA is the sport. UFC is a league that exhibits MMA fights. The UFC doesn’t put up with this bullshit. Few established MMA leagues do.

Piers Morgan notes, correctly, that women are going to be literally killed due to this toxic ideological delusion.

PIERS MORGAN: It made me sick to watch a once-male special forces combat veteran beat up a woman on TV – it’s time to stop this trans sport insanity before women start being killed
Alana McLaughlin, 38, the second transgender MMA fighter to compete in the sport, used a powerful choke hold to beat Celine Provost, 32.

The choke hold is actually one of the least dangerous things this man can do to dispatch a woman. Women can tap out of this man’s choke holds.

It’s the punches to the head I’d be more worried about.

The latter was demonstrably a more skilled and experienced fighter during their bout on Friday night – McLaughlin only took up MMA earlier this year, whereas Provost’s been doing it for a decade – but just couldn’t compete with the overwhelming physical strength of her opponent.

It’s almost as if this man had some kind of innate physical advantage over any women opponents.

Provost’s punches bounced off McLaughlin like a baby lion’s off its father, and when she was pinned to the ground, she couldn’t move and quickly tapped out.None of which is entirely surprising given that McLaughlin spent six years serving in the US special forces as a man.

There is a striking topless photograph of her during her time in military service.

In it, she closely resembles the stereotypical appearance of male special forces operatives with full beard and moustache, and very muscular tattooed arms and torso. 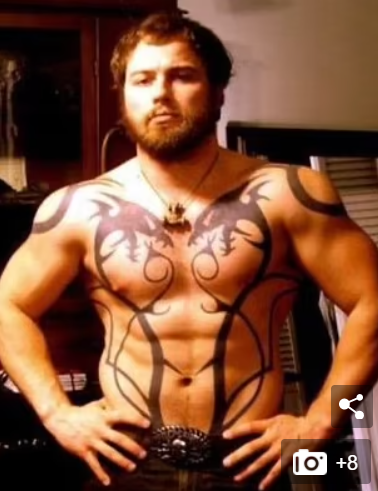 Wow, what a sports miracle.