Bill Barr Accused of Lying About Investigation of 2020 Election 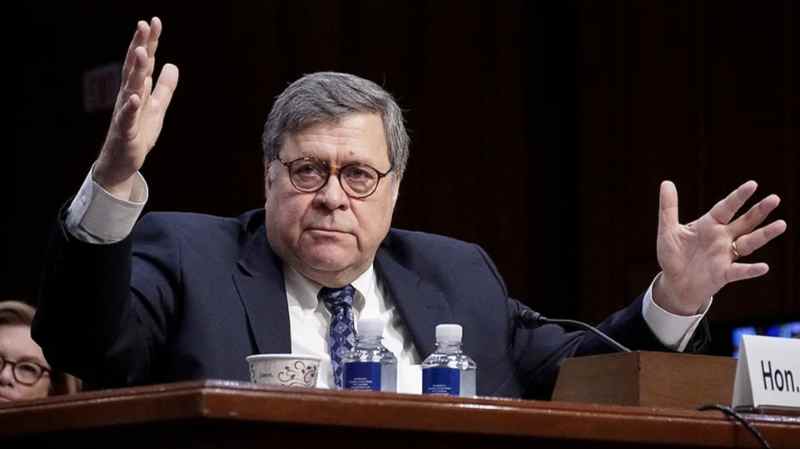 Everyone is angry with Bill Barr, and both sides accuse him of lying. The latest is an accusation by Jeffrey Clark that Barr never investigated the 2020 election. He says it’s proof.

After a brief investigation, Barr claimed that there was no evidence of election fraud in 2020. He has said it several times since the election. We knew that people who provided evidence said they were never interviewed, but Jeffrey Clark, an attorney now under FBI investigation, said he has proof that Barr lied.

NEW – Bill Barr: "The election was not stolen by fraud. And I haven't seen anything since the election that changes my mind on that, including the '2000 Mules' movie."pic.twitter.com/TDU7OgPpNP

Former Pennsylvania US attorney, William McSwain, wrote in a letter to Donald Trump on June 9th that Barr did not let him pursue an investigation into the November 2020 election.

Barr ran to the hard-left publication, The Washington Post, to give his side of the story.

A former Justice Department official, speaking on the condition of anonymity to The Washington Post, said McSwain had wanted to hold a news conference after Election Day decrying broad “irregularities.” Justice Department officials, including Barr, were opposed, saying it was the agency’s role to investigate allegations of fraud, not double-check how elections are administered.

In an interview, Barr disputed McSwain’s characterizations of his actions and said McSwain told him he wrote the letter to win Trump’s endorsement — or at least stave off attacks.

“Any suggestion that McSwain was told to stand down from investigating allegations of election fraud is false. It’s just false,” Barr said, adding that the assertions “appeared to have been made to mollify President Trump to gain his support for McSwain’s planned run for governor.”

In an interview with The Associated Press, Barr said U.S. attorneys and FBI agents have been working to follow up on specific complaints and information they’ve received. Still, they’ve uncovered no evidence  “to date” that would change the election’s outcome.

“To date, we have not seen fraud on a scale that could have affected a different outcome in the election,” Barr told the AP in December 2020.

“There’s been one assertion that would be systemic fraud, which would be the claim that machines were programmed to skew the election results. And the DHS and DOJ have looked into that, and so far, we haven’t seen anything to substantiate that,” Barr said.

THERE WAS NO CRIME TO INVESTIGATE

“There’s a growing tendency to use the criminal justice system as sort of a default fix-all, and people don’t like something they want the Department of Justice to come in and ‘investigate,’” Barr said.

He said there must be a basis to believe there is a crime to investigate.

“Most claims of fraud are very particularized to a particular set of circumstances or actors or conduct. They are not systemic allegations and…and those have been run down; they are being run down,” Barr said. “Some have been broad and potentially cover a few thousand votes. They have been followed up on.”

He only found particularized sets of circumstances and not anything systemic. The state and local governments need to audit to see if it is systemic and something the FBI needs to probe.

On Thursday, former Trump adviser Jeffrey Clark, the Director of Litigation at the Center for Renewing America, joined Steve Bannon on The War Room.

Jeffrey Clark told Steve Bannon that the Center for Renewing America sent FOIA requests to twelve US Attorney districts from the 2020 battleground states.

Eleven of the twelve FOIA requests have come back from every district, but one, with no documents.

“To date, we have not seen fraud on a scale that could have affected a different outcome in the election,” Barr told the AP in December 2020.

Well, you wouldn’t if you didn’t look. This is what most who are totally happy with elections settled by fraud like to hang their hat on but here you go… NO investigations. Accusations and even solid evidence was simply written off because Democrats liked the results and many Republicans feared the repercussions of a disputed and probably overturned federal election. But, as we clearly see, NOT correcting the wrong is far, far worse. Hopefully, enough people realize the danger posed by the Democrat’s commitment to election fraud as means to achieve their ends.