Biden, Who Ran Largely on Claims That Trump Was a Puppet of Putin Due to Not Opposing Russia Stridently Enough, Refuses to Comment on Whether He Told Pipeline Company to Pay Off Russian Hackers 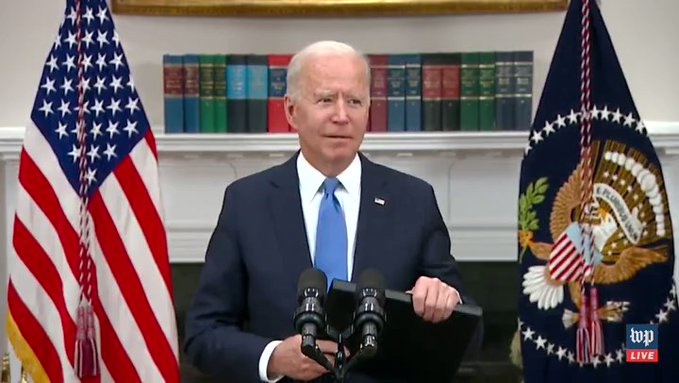 These hackers are possibly under the direct control of Putin, and, at the very least, are tolerated by Putin only so long as they attack targets Putin approves of.

This was essentially a Russian state-sponsored hacking/ransom attack.

Biden refused to say earlier if they should or should not pay the ransom, describing this Russian state sponsored or tolerated attack as a “private matter” between Colonial Pipeline and the state-empowered hackers of Russia.

And Biden now refuses to comment on whether he told Colonial Pipeline to just pay Putin’s pawns, which means, of course, he did just that.

Two nodes which really pushed the DNC message that “Trump is a pawn of Putin for not escalating into near-military conflict over ‘election interference’ by Russian-tolerated Internet trolls” are currently silent on the candidate they voted for, Joe Biden, calling a Russian attack on a US company in a critical infrastructure role a “private matter” and then refusing to comment on whether he advised the US party in this “private matter” to pay ransom to the Russian party.

Those nodes are, of course, the Democrat dark-money-funded sites, The Bulwark and The Dispatch. Suddenly it’s not just acceptable but Wise and Patriotic to roll over for Russia!

The National Review, which was also happy to push this DNC/Clinton Campaign meme, is also strangely silent on Joe Biden’s apparent “admiration for Putin’s authoritarian tendencies” and cowing in the face of Russian aggression.

You know what they say:

Leftists believe none of the things they claim to passionately believe in.

It’s almost as if these vanguards of True Conservative Thought-Leadership participated in a DNC propaganda operation that they knew was a lie from the outset.