Audit Everything Until the Stink From Last November Is Gone 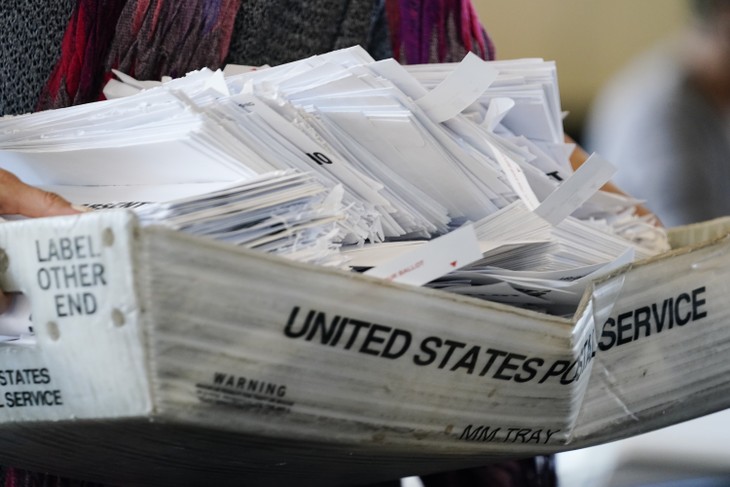 We have spent a fair amount of time here in Morning Briefing Land talking about the steaming pile of horse dung that was the 2020 United States presidential election. I’ve been politely employing euphemisms like “irregularities,” and “anomalies,” because they’re easier than repeatedly writing “whatever the hell that was.”

Despite the ongoing efforts of the Democrats and their flying monkeys in the mainstream media to disenfranchise and silence 75 million people, we still keep asking questions about whatever the hell that was. Legitimate questions.

That’s the thing here. Any American truly interested in fair and free elections shouldn’t shy away from examining the kinds of things that happened last year. This, by the way, is different than Stacey Abrams running around acting like she’s the real governor of Georgia because feelings and stuff. There was a lot that went on last November that didn’t pass the smell test.

Last month, I wrote about the audit in Maricopa County here in Arizona. I hadn’t been paying that much attention to it and I had just one question: why are the Democrats so afraid of it happening? If, as they claim, there were no “irregularities,” then why not welcome any chance to prove that?

Anything that can be done at this point to assuage the fears that many of us have about something being permanently amiss in our election processes needs to be done. That’s a two-pronged approach. Problems have to be identified, then they have to be corrected via legislation.

The Democrats don’t want any of that, however. Anything that’s being done to clean up last November’s mess is being stonewalled and mislabeled as “voting restrictions,” and, because they’re lazy and not very creative, “Jim Crow.”

They’re willing to grandstand and go to great lengths, like the Democrats in Texas:

Texas Governor Greg Abbott threatened to cut off funding for the legislature after Democrats walked out of the final session to prevent the passage of Abbott’s voter integrity bill.

The governor followed through on that threat yesterday and vetoed the sections of the state budget that fund legislative agencies and pay for lawmakers.

Abbott said in a statement that “Texans don’t run from a legislative fight, and they don’t walk away from unfinished business.”Funding should not be provided for those who quit their job early, leaving their state with unfinished business and exposing taxpayers to higher costs for an additional legislative session.”

That was a nice touch from Abbott there. Texas Dems say what he did was an “abuse of power,” but they didn’t find anything wrong with behaving like school children and shirking their responsibilities.

They’re also having a hissy fit over the fact that the state of Georgia is trying to clean up its voter rolls, which is not an unusual occurrence. In fact, it is something that’s done anywhere election integrity is a concern.

Some of the biggest stink from the last election came out of Pennsylvania, especially the Philadelphia area, which magically delivered the state to Joe Biden. Now it looks like a little bit of audit fever might be catching in the Keystone State:

Pennsylvania state Senator Dave Argall, who chairs the committee in charge of overseeing elections, told the Pennsylvania Capital-Star that a forensic audit was a “very real possibility.”

“There are a lot of things under consideration right now, and I told them to check back in a week or two and we hope to have some more detail,” Argall said regarding a meeting he had with activists who support the audit on Wednesday.

I’m not looking to overturn the 2020 election here. What I want is to ensure that my vote might have a chance of counting in future elections. The real voter suppression in America is being perpetrated by the Democrats who want elections that are almost free of rules that somehow always work out for them at the eleventh hour.