Arab Racism and the ‘Jewish State’ 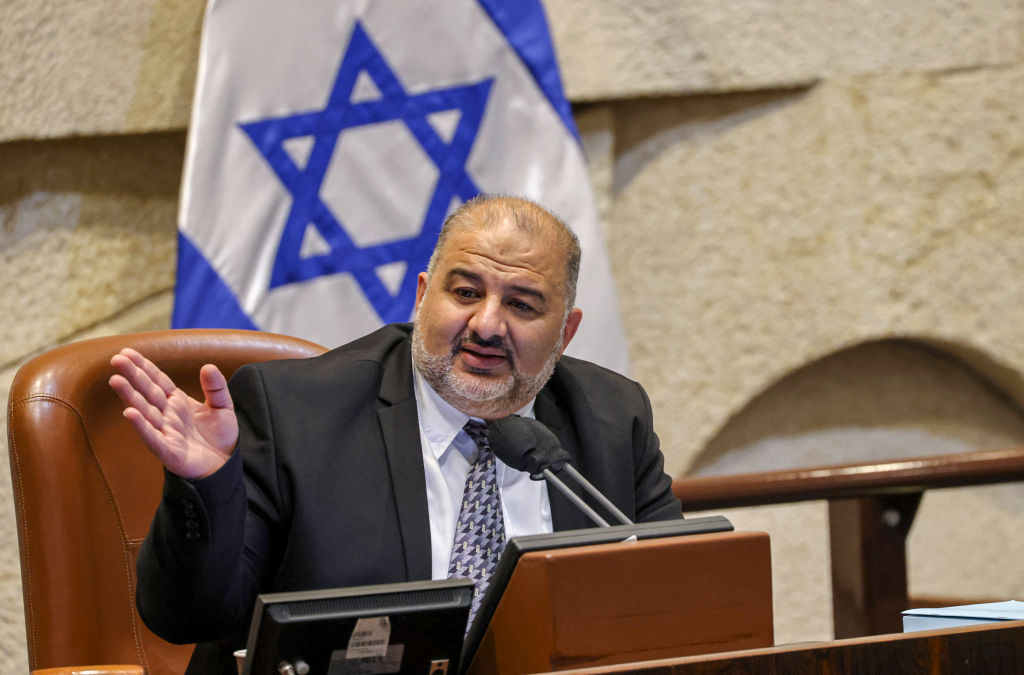 Palestinians and other Arabs are furious because Mansour Abbas — an Arab member of Israel’s parliament, the Knesset, and head of the United List Party — announced that he recognizes Israel as a Jewish state.

If the Palestinians, as well as Arab and Islamic countries, are labelling Israel as racist because it wants to define itself as a Jewish state, then they too are racists because they insist on defining themselves as “Arabs” and “Muslims.”

Mansour Abbas should receive commendation for his public recognition of Israel as a Jewish state; instead, he has received threats. These are coming from the many Palestinians and Arabs who will never accept Israel’s existence or its classification as a Jewish state.

The Palestinians argue that one of the reasons they are opposed to the idea of Israel being a Jewish state is because it would deprive millions of Palestinian refugees from achieving a “right of return.”

A Palestinian “right of return” means flooding Israel with millions of Palestinians, turning it into a Palestinian state in which Jews would live as a minority under “Arab” and “Islamic” rule.

The PA was among the first to come out against the idea of recognizing Israel as a Jewish state. Notably, this is the same PA whose leaders signed the Oslo Accords with Israel beginning in 1993, and continue to argue that they already have recognized Israel’s right to exist. This is also the same PA whose leaders continue to talk about their desire to establish a Palestinian state next to Israel.

“The Palestinian [Authority] Presidency expressed its strong rejection and indignation at the statements of the head of the United List, Mansour Abbas, in which he calls on the Palestinian people to recognize the Jewish state,” the PA said in a statement.

The Palestinian leadership’s statement is misleading and contains a number of inaccuracies and falsehoods.

First, Mansour Abbas did not “call” on the Palestinian people to recognize Israel. He simply stated the fact that Israel was “born as a Jewish state” and that “it will remain a Jewish state.”

Remarkably, since the reunification of Jerusalem in 1967, the city has become a haven for coexistence and revitalized religious and cultural expression for all faiths. Freedom of worship at all holy sites is guaranteed for the faithful of all three monotheistic religions.

According to the Palestinians themselves, 50,000 Muslim worshippers attended the Friday prayers at the al-Aqsa Mosque on December 31. How, one might ask, does that fit with their claim that accepting Israel as a Jewish state would “harm the status of the blessed mosque?” No one in Israel has ever said that he or she wants Arabs and Muslims to recognize Israel as a Jewish state because such a step would deny them access to the mosque.

Ironically, the Palestinian leadership’s false claim that Israel is seeking to “harm” the al-Aqsa Mosque came as Palestinians made two attempts to set fire to Joseph’s Tomb in Nablus, only because it is frequented by Jewish worshippers. The attempts, according to reports in the Palestinian media, were foiled at the last minute by the Palestinian security forces.

It was not the first time Palestinians had attacked and vandalized the site. On several occasions, the Palestinians have also attacked the Jewish worshippers and the soldiers guarding them.

Third, the Palestinian leadership’s claim that recognition of Israel as a Jewish state “contradicts religion and history” should be seen in the context of the Palestinians’ denial of any traces of Judaism in Jerusalem. Just recently, this claim was again parroted by Palestinian Prime Minister Mohammad Shtayyeh, who said:

“We are on the outskirts of the eternal capital [Jerusalem], the jewel in the crown, the point where heaven and earth meet. Jerusalem has Canaanite, Roman, Islamic, and Christian antiquities and is theirs alone, and no one else has any traces in it.”

Interestingly, while the PA says that it is strongly opposed to the idea of Israel being a Jewish state, it has no problem defining itself as “Arab” and “Islamic.”

Article 4 of the law states: “Islam is the official religion in Palestine. The principles of Islamic Shari’a shall be a principal source of legislation.”

The Palestinians, in short, are saying that while Israel has no right to call itself a Jewish state, they have every right to label the Palestinian Authority as “Arab” and “Islamic.”

Hamas, the Palestinian Islamist movement that does not recognize Israel’s right to exist, has also denounced Mansour Abbas for recognizing Israel as a Jewish state:

“The statements of the Israeli Knesset member [Mansour Abbas], in which he expressed his recognition of the so-called Jewish state, is nothing but a flagrant bias to the Zionist narrative, and a clear violation of the position of the Palestinian national consensus rejecting and denouncing it.”

This is the same Hamas whose covenant is rife with overt antisemitism and a commitment to the destruction of Israel through jihad (holy war). Like the Palestinian Authority, Hamas too wants to establish a Palestinian state where Shari’a law is the source of legislation.