AN INVENTED INSURRECTION….How the left is trying to criminalize conservatism. 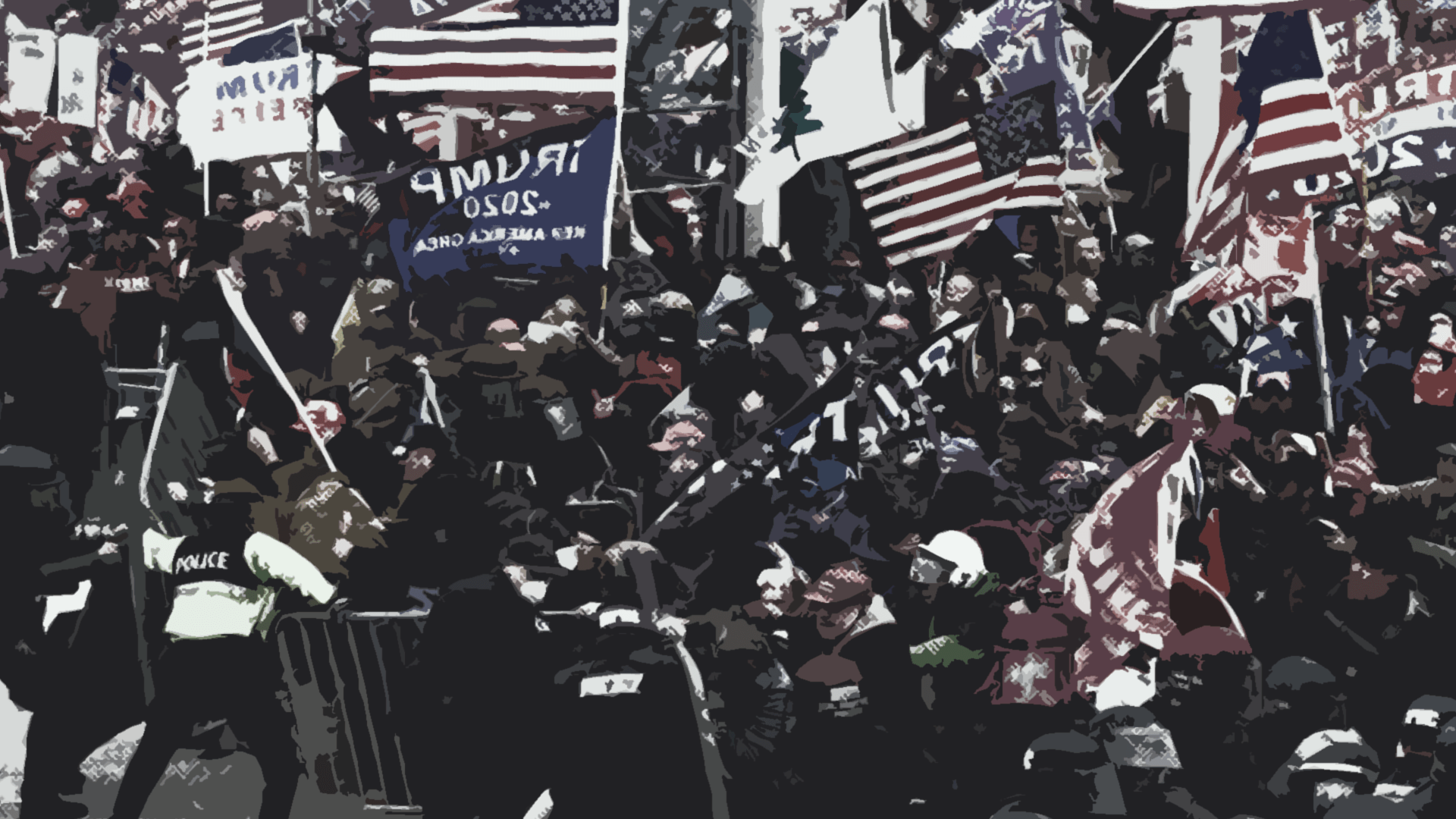 The Biden Administration is abusing state power to create the appearance of a conspiracy to commit an insurrection on January 6th, 2021 at the U.S. Capitol. The problem is the indictment they just filed with the Circuit Court of the District of Columbia—it proves there was no conspiracy.

The malfeasance of the FBI, the Department of Justice, and the judges involved with the arrest and incarceration without bail of many of those who participated in the riot at the Capitol have been covered brilliantly in a series of pieces by Julie Kelly. These events are abhorrent to anyone who believes in the rule of law and better suited to a totalitarian police state removing political enemies. America is not supposed to have indefinite detention based on political beliefs, and yet here we are.

This treatment is all the more heinous when compared with the near-total lack of interest in prosecuting the year plus-long violence and destruction perpetrated by Black Lives Matter (BLM) and Antifa, some of which involved the seizure and continued occupation for weeks of government buildings. This is a far step from equal treatment under the law and should bring a concerted response from all those on the right who oppose tyranny.

Many of the acts described in the indictment are Constitutionally protected, but it seems that fades away when the left doesn’t like the reason they are being exercised. They attached the term “Big Lie,” a Nazi reference, to any disputes over the 2020 elections. Now they act empowered to treat any related activities as outside the law by that fictional connection.

The government had to present their case to prove there was an insurrection planned for January 6th. Once this indictment saw the light of day, however, it was immediately apparent there was no insurrection and no conspiracy to commit illegal acts of any kind. In fact, the indictment has numerous instances of the so-called conspirators, members of a group known and the Oath Keepers and their associates, discussing the legality of certain actions, then specifically choosing to avoid violating the laws.

Essentially, the government case uncovers a conspiracy to petition the government for redress of grievances where citizens who believed an investigation into the election was needed gathered to say so. Perfectly legal and specifically outlined in the First Amendment. This remained the entirety of the government’s case against the January 6th protesters until, in the heat of the moment, some of those involved got swept up in a mob mentality and forced their way into the Capitol.

By the end of the three-hour riot at the Capitol, a number of actual crimes were committed, and those deserve punishment:such as destruction of government property and assaulting or impeding officers. But absent a conspiracy to commit an insurrection, and given a large amount of evidence that the intentions and most of the actions were entirely legal, what’s happening now is a massive injustice. Many of these people are being held without bail based more on their usefulness as pawns in this political play, than any actual ongoing threat. Even Members of Congress who according to DOJ, were the supposed targets of this have warned of prosecutorial overreach.

That is the extent of the government’s case. They caught this group of Oath Keepers and associates planning a trip to DC for a political rally, and used the actions of a few who on the spur of the moment broke into the Capitol to dub the whole thing a conspiracy.

The only conspiracy here is by the left to deprive their political opponents of their Constitutional rights.

THE CONSPIRACY THAT WASN’T

There are thirteen separate charges in the government’s indictment; the cri de Coeur from the Democrats and their media propaganda team has been that this was an insurrection per the indictment “to corruptly obstruct, influence, and impede an official proceeding.”

In my recent book Winning the Second Civil War: Without Firing a Shot (May 2021), I examined the definitions and actions that constitute insurrection, sedition, and domestic terrorism and how they apply to the actions of BLM, Antifa, and those involved in the Capitol Riot.

Here are the legal definitions:

18 U.S. Code § 2383 defines someone guilty of the crime of insurrection

or rebellion as: Whoever incites, sets on foot, assists, or engages in any rebellion or

insurrection against the authority of the United States or the laws

If two or more persons in any State or Territory, or in any place subject

to the jurisdiction of the United States, conspire to overthrow, put

down, or to destroy by force the Government of the United States, or

to levy war against them, or to oppose by force the authority thereof,

or by force to prevent, hinder, or delay the execution of any law of

the United States, or by force to seize, take, or possess any property

of the United States contrary to the authority thereof.

and/or groups to further ideological goals stemming from domestic

influences, such as those of a political, religious, social, racial, or

The government must prove that the individuals charged in the indictment planned and intended to conduct one or more of these acts. All of the evidence referenced in the indictment, however, shows that contrary to planning an attack on the Capitol, these individuals made certain to avoid breaking laws. In fact, the only conflict they contemplated was defensive in nature if Antifa attacked the rally.

Of the thirteen charges, the main one related to talk of an insurrection is “Charge One: Conspiracy.”

The indictment claims, “The purpose of the conspiracy was to stop, delay, and hinder the Certification of the Electoral College vote.” Yet it offers no evidence that this was the purpose of the Oath Keepers and actually presents evidence that shows their purpose was to join the rally and be prepared if any violence was begun by others.

The Stop the Steal rally on January 6th was a protest against the certification of the 2020 election. It was designed to influence lawmakers to vote against certifying the results of the Electoral College until investigations of abnormalities in the voting had been conducted. This vote takes place after every election and is a normal function of government. It has resulted in Democrat lawmakers voting against certifying the results previously on multiple occasions: “Democrats launched small-scale and short-lived objections to electoral vote counts in 2001, 2005 and 2017,” writes Voice of America’s Patsy Widakuswara.

There is nothing unlawful about planning and conducting a rally to attempt to influence lawmakers to vote against certification. It is the very definition of petitioning the government for redress of grievances. So it is incumbent on the government to prove the Oath Keepers intended to do this using unlawful means and conspired for that purpose.

The indictment cites the manner and means by which this conspiracy is alleged to have been planned, but nothing showing the purpose which the indictment claims. It presents numerous examples of captured communications from these individuals that one would assume support this assertion. But they don’t. Not a single piece of evidence from prior to January 6th shows any intention to conduct any type of assault on the Capitol or the proceedings inside.

One of the claims is that there was tactical training conducted which, if the purpose was to practice or prepare for a seizure of the Capitol, would be direct proof of this alleged conspiracy “to stop, delay, and hinder the Certification of the Electoral College vote.” However, instead of being aimed at stopping the certification, the training was specifically for the likely possibility that Antifa would attack the rally as they had on numerous other occasions. Captured communications from Oath Keepers show they were planning for the possibility of a confrontation with Antifa not to somehow storm the Capitol and disrupt the Electoral College certification. Oath Keepers leaders mentioned an alliance with a group called the Proud Boys for this purpose.

“The Proud Boys “always have a big group” and could act as a “force multiplier,” he added, according to the memo from prosecutors.

The discussion centered not on invading the Capitol but on attacking left-wing “Antifa” supporters.”

It is perfectly legal to train for a potential attack by a hostile group—which Antifa has proven themselves regularly capable of committing. They have attacked numerous protests by organizations on the right over the past several years. And the very statement used in the indictment shows this was contemplated as a reaction to a “kinetic,” i.e. violent action, not a plan for the Oath Keepers to initiate any type of attack.

The indictment lists multiple references to an armed Quick Reaction Force (QRF), which is a military term for groups staged and ready to respond if a situation escalates, to be staged in Virginia. As it turns out this was an exaggeration as the lawyer for one of the accused says this was just one guy with serious medical issues that kept him from marching at a hotel with some guns.

While the idea of a group of citizens gathering and staging weapons near the nation’s capital may cause trepidation and concern for some, it’s important to note that there is still nothing inherently illegal in such acts. Here, it’s plain that the QRF was intended for a potential reaction to a Presidential order. The Oath Keeper’s leader says two things which show clearly this was not part of a plan to conduct an attack or offensive January 6th.

First, he says, “As we have done on all our recent DC Ops.” This shows the presence of this QRF was a normal activity and in the past had resulted in no unlawful actions. Second, he discusses the possibility the President may call up “the militia,” but he specifically says, “We don’t expect a need for him to call on us.” This shows that there was no plan to initiate an attack, and if any action happened, it would be in response to a Presidential directive.

Again, the idea of a group of citizens prepared to act in response to a call for assistance from the President may disturb some people. But it is expressly contemplated in the Second Amendment as the well-regulated militia. I explain this in Chapter 5 of the book:

“The term “The Militia” used here should be differentiated from the many groups in this country that have adopted the mantle of militia. The well regulated militia in the Second Amendment refers to the collection of all able-bodied citizens available to be called into service to secure the country if circumstances require it.”

Well regulated at the time of the Bill of Rights meant well-trained, so the idea of the Oath Keepers conducting training for the likely possibility of Antifa attacking or the much less likely instance of a Presidential call for militia support falls well within both legal and constitutionally sound principles.

The fact the Oath Keepers subordinated any possibility of the QRF being used to a Presidential directive is further proof they were not planning an insurrection. They were preparing to help the legal authority deal with an ongoing assault conducted by Antifa and others.