An Election Heist Too Big to Fail 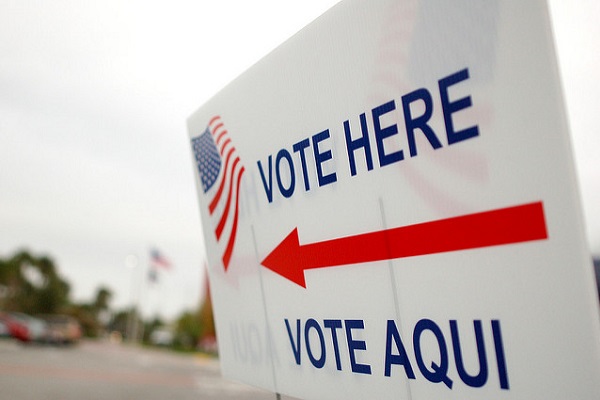 Inveterate liar Liz Cheney is running from one news camera to the next like a chicken with its head cut off.  Is she screaming about the Biden regime personally funding Hamas, Hezb’allah, and Iranian terrorists in their war to exterminate Israel?  Nope.  Is she furious that the White House has intentionally instigated a crisis of epic proportions at the southern border by dismantling President Trump’s effective deterrents and actively aiding and abetting the business operations of drug-traffickers and slavers throughout the United States?  Of course not: Ignoring the will of the American people and insisting that they remain victims while criminal enterprises destroy their communities are bipartisan objectives of the One Party State.  Is she enraged that “green” fascists have joined forces with Federal Reserve currency-manipulating oligarchs to spike gas prices and send inflation spiraling to the moon?  Both parties abandoned Main Street businesses decades ago (and despise President Trump’s “America First” policies), so as long as Wall Street can still make a buck and her lobbyists are sitting pretty, why should she care?

So what has Cheney frothing at the mouth these days (besides her long-overdue boot from the ranks of Republican “leadership”)?  President Trump, obviously, and his dogged refusal to allow the greatest election theft in American history to go unanswered.

Consider what a “huuuge” tell that is.  Big Tech, Big Media, and Big Government have done everything in their power to silence President Trump, and this one man’s voice is still too threatening for Liz Cheney.  She talks a big game about freedom and the Constitution safeguarding the rule of law and then immediately takes exception to the First Amendment’s protections for those speakers she deplores (including those political prisoners still being held without bail under the government’s contention that they be treated as “insurrectionists”).  And the contrast between her rage against President Trump’s words and her absolute silence over the last five years of Deep State subversion says everything about her twisted loyalties to a ruling class that seeks not justice, but the removal of Donald Trump from power at any cost.

If questioning the legitimacy of a national election were tantamount to treason, as Cheney keeps insisting, then where has she been for the last two decades?  Gore; Kerry; and the national secrets–spilling, hard drive–shattering, evidence-spoiling Hillary Clinton have all professed their elections “stolen,” and party elders Jimmy Carter, Bill Clinton, and Nancy Pelosi have unanimously agreed.  Hillary continues to blame her loss on a Russian hack that never happened, and America’s Pravda news cabal has so successfully laundered her delusions that a majority of brainwashed Democrat voters still believe that lie to be true.  Democrats have literally called President Trump a Russian “asset” and “spy” for five years.  Charges that come with the possibility of a death sentence are kind of a big deal (and a lot of Hollywood ignoramuses have, indeed, called for Trump’s execution).

Has Liz Cheney been running around D.C. since 2016 excoriating Democrats and their disinformation campaigns as “dangerous” to the country’s stability?  Of course not.  Those lies had the backing of Deep State liars Jim Comey, Andrew McCabe, and John Brennan; the imprimatur of legitimacy conveyed by legal liars Andrew Weissmann, Robert Mueller, and a compromised FISA Court; and the stamp of approval from a media monopoly including CNN, MSNBC, the New York Times, and the Washington Post all pushing the lies of Adam Schiff.  False accusations, malicious investigations, targeted political prosecutions, and relentless cover-ups (still AWOL, Mr. Durham?) have destroyed the credibility of federal law enforcement and intelligence organizations, and Liz Cheney never said a thing.

Instead, she and other “DeceptiCons” (as Sundance so aptly dubbed them long ago) bolstered the Russian collusion lie through years of silence or duplicitous and backhanded participation (here’s looking at you, Richard Burr, and other Republicans on the Senate Select Committee on Intelligence).  And when that intelligence operation against the president failed, the Deep State had the temerity to turn right around and use undercover moles and saboteurs Eric Ciaramella and Alexander Vindman to pull the wool over the American peoples’ eyes once again with the Ukraine “quid pro quo” hoax — a bribery scandal that had everything to do with Joe Biden and his son and nothing to do with Donald Trump.

Now, those were dangerous lies used to weaken the country.  The whole swamp engaged in an attempted coup d’état — not once, but twice — and the perpetrators still manage to pretend Donald Trump is the real threat to America’s institutions.  Talk about projection!

From the vantage point of “flyover country,” where people don’t swallow lies and vomit corruption as effortlessly as they do in D.C., nobody bought the Russia hoax, but everyone could see how desperately the swamp committed to those lies.  And because the effort was such a preposterous con job, failing even the simplest plausibility test (Remind me again why oil-dependent Russia would want to cripple its own economy by electing the “drill, baby, drill” president who brought energy independence to America before Biden squandered it.), it forever altered Americans’ trust in the federal government.

What did “flyover country” learn from these sordid experiences?  When the swamp lies, its lies are too big to fail and must be protected at all costs.

So now we have a highly suspicious national election in which a sitting president wins nearly every traditional bellwether county in the nation by double digits, grows his popularity with women and minorities, and increases his vote tally by over ten million new voters from his first election — all feats that would normally indicate an electoral landslide.  And, instead, after the miracles of mail-in balloting, privatized elections bought and owned by Facebook, and vote counts conducted in partisan secrecy, Joe Biden wins three disputed states and the national election by a measly 40,000 votes.  Uh, sure.

A majority of the American people didn’t buy the lie in November, and they don’t buy the lie now, and once again, the same liars who pushed the Russia and Ukraine hoaxes are angry that Americans won’t simply accept the lies they are fed.