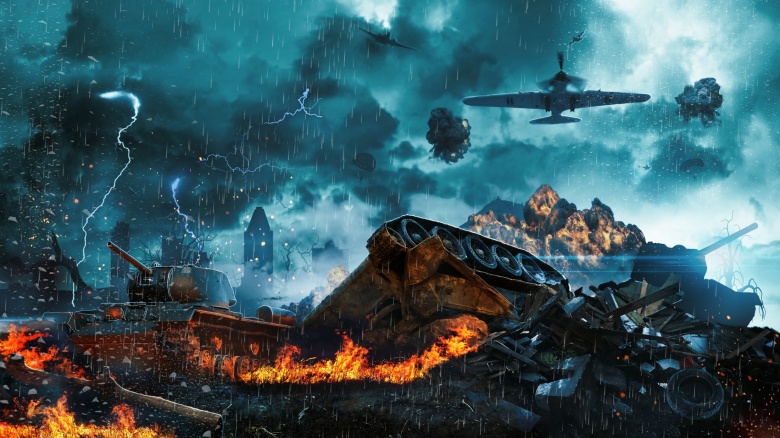 One of the things I do to relax and clear my mind is to read police procedurals and geopolitical thrillers. I just re-read Threat Vector, one of the last Jack Ryan novels Tom Clancy wrote before his untimely death. Published in 2012, it describes an aggressive Chinese strategy to completely take over the South China Sea, then capture Hong Kong and Taiwan in abrogation of treaties and agreements not to interfere with their political systems. Sounds familiar, doesn’t it? Clancy was a magnificent writer of thrillers, but also had something extra. His on-target insights into global geopolitical realities was breathtaking – and often written when they were counter-intuitive, a good five to 10 years before the fictional scenarios he described became realities. Most thriller writers are predictable and I often have to REALLY suspend my disbelief because the scenarios they describe show little to no relation to actual currents of geopolitical threats and challenges. This is apropos of nothing, but boy, do I miss Tom Clancy!

For over a quarter of a century I have been describing the Storm that was coming as a “global civil war fought on cultural lines.” As recently as five years ago, critics would routinely ask what that even meant, while ridiculing it as some sort of absurd paranoia. No one asks what it means now. So let’s take a look at our rapidly intensifying global civil war.

To oversimplify things, the great confrontation now is between globalists and those who believe in preserving national identity and autonomy. Not all in the latter camp are committed to faith, family and freedom, but all who champion those virtues are in the latter camp. Globalists believe that credentialed experts should not govern, but rule, over the world. As with all authoritarian movements, only a few actually rule, while a whole host of useful idiots support them dreaming that they, too, are the powerful elect. Authoritarian movements almost always reject God and both ridicule and target those who call on Him. Tyrants hate the competition – and loathe the idea that there is a God who will one day call them to account for their depredations. And so, we are met on the battlefield of the great confrontation St. John Paul spoke of.

Despite the depredations we face here in America, we are still the freest country in the Western World. That means as this battle deepens, we are unlikely to get much (if any) help from western allies we have long counted on. If we are to avoid the beginning of a new dark age, we are going to see a lot of non-traditional alignments. Mexico and South America are likely to become more important: Mexico because, though crime-ridden, it is not buying into the anti-Christian animus that so motivates the globalists and South America because many countries there have seen a decade or more of tyranny and may be on the verge of saying, “Enough!”

Africa may become a very important tool in the battle for freedom. While little noted, Africa has become the center of Catholic orthodoxy in the world – and is determined to live the faith with steadfast fidelity. Having discovered the liberty and equality Christianity brings, that continent is not likely to easily turn loose of what it has so recently gained. Beyond that, many African countries have focused on the effective therapy of Hydroxychloroquine to battle Covid and so have kept the virus at a very low level. Yes, because of its effectiveness at battling malaria, hydroxy was in ample supply there, but because of its effectiveness, no government coercion was needed.

India has also largely shunned the Covid shots but has kept the virus under tight control in those provinces which rely heavily on ivermectin. With the damage it has already suffered from Chinese aggression, it is unlikely to easily cave to Chinese efforts to establish regional hegemony and global primacy. Poland and Hungary could become anchors for freedom in Eastern Europe. How Japan and the Philippines will handle sustained Chinese pressure is uncertain; they would almost certainly fall in the column for freedom if they had a reliable American ally – but America is as unreliable as it has ever been.

Canada and Australia are already gone – with Australia establishing actual internment camps for those who violate its draconian Covid rules. The only way they get back in the hunt is if their people cast off the shackles their ruling classes have hobbled them with – possible in Australia, unlikely in Canada.

And now we come to Western Europe. For the third time in barely more than a century, the light of liberty is badly eclipsed on that continent. The citizens of the nations of Western Europe are showing some feistiness this time. Protests are raging in almost every Western European country. It is entirely possible that by the end of this year, a host of actual civil wars will play out in Western European nations. As unstable as that makes things, it may yet be a blessing for the Europeans. For almost three quarters of a century, European leaders have tried to make up in snootiness what they lack in actual strength. To show how enlightened they are, they have laid out the welcome mat for Jihadist invaders. The newly martial European citizens may be a real defense against that; their leaders certainly won’t be. What is certain is that the European Union is a dead man walking, whether it collapses this year or hangs on a bit. It will not surprise me at all to see Germany, France, and Italy all wracked by civil war before the end of the year – and it will spread to their neighbors.

China muddles forward in its bid for regional hegemony and global primacy. As it increases its geopolitical and military power, it is racing to outrun economic ruin. Perhaps one of the drivers of its political and military ambitions is to hide how desperately hollowed out its economy has become, something the world has not yet noticed. It has taken Hong Kong captive, slowly strangling the goose that laid the golden egg. It will probably strike against Taiwan this year. Because of China’s leaders’ stupidity, Taiwan will not be the economic boon it hoped for, as it strangles on the tyranny China will impose. Now China has a new worry on its border, as Kazakhstan is in full revolt with the political leadership having resigned. Whether or not the revolution in Kazakhstan holds, the Chinese will have to give serious new attention to its northern border – including Russia. That could vastly accelerate the inevitable conflict between China and Russia – and Vladimir Putin will have to use all the shrewdness he can muster to hold the semi-alliance between Russia and China together for a little longer.

The last American president who carried out rational policy with Russia was Ronald Reagan. Every president since then, except for Donald Trump, has acted from hubris or wishful thinking. In Trump’s case, one cannot know with certainty whether his policy would have been rational or not because Democrats and the media hobbled any effort to improve relations for purely domestic political purposes. The first George Bush reaped the benefit of Reagan’s decisive initiative to topple communism, but then quickly began adding Eastern European nations that were on the very doorstep of Russia into NATO. In what parallel universe would that not be provocative? Now we are talking about whether Ukraine will come into NATO or not – when we should be talking about whether or not to dissolve NATO entirely.

NATO is based on the commitment that an attack on any member country will be considered an attack on all – and that all will come to the defense of the one attacked. It now consists of 30 countries throughout the world. Does anyone believe that Turkey would come to the aid of Greece if the latter were attacked? Or to be completely blunt, if Turkey would come to the aid of almost any other country in NATO. What we have done is to castrate NATO, making it into another organization that makes lofty pronouncements it cannot actually deliver on. Meantime, we have used it to humiliate Russia – which has not been the primary threat to the west for decades and should be being courted as an ally against what is the primary threat: China. Shoot, if NATO tries seriously to add Ukraine, I would probably invade if I were the Russian president. The feckless geniuses who run our foreign policy then will have succeeded in nearly encircling Russia. That is provocative and invites retaliation. The powers of the west sought to humiliate and shackle Germany in the aftermath of World War I, which was the primary catalyst for World War II because of the resulting radicalization and desperation of the German people. NATO is a paper organization held together by sheer inertia which will collapse at the first serious challenge. It, too, is a dead man walking.

Fortunately, Russia has a much bigger problem than America right now – and that is the ambition of China. For all the provocations and stupidity, Russia knows that a strong America is not a real threat – and both could and should be the indispensable ally in confronting the very serious threat of China. A weak America is a real threat against Russia, because it leaves it alone in the very vulnerable position it is in with China.

Interesting, but reading UN resolutions and information out of CFR could be what Tom was doing. Te revolt in Kkazakhstan has eerie echos of Ukraine. Soros NGOs, Oil, the Bidens, difference the elected President did not tuck tail and run off to Russia.The capitol has been secured by force the President warning protestors would be shot.One of Bidens buddys arrested and charged with treason. Huh the same with the former Soros/US Embassy(I know redundant) installed Prez of Ukraine. Kazakhstans police and miltary had no taste for gunning down the fellow countrymen protestor/rioters, Russian “peace keepers” not so much.

The New World Order. A One-World-Government.

Build Back Better. Better Together.

This is an attack on all free peoples of the world by a dark power bent on global Communism.

Isn’t it odd that when global government is discussed, the most successful, free and productive example is always to be supplanted and discarded.

Hitler was driving Germany into bankruptcy and needed to strike when he did to be at optimal strength. If China is in the same straits… beware.

A weakened (suffering the results of Democrat incompetence) US is a threat to the entire world’s stability.