The One Simple Trick that You Can do Help Reshape the Republican Party! 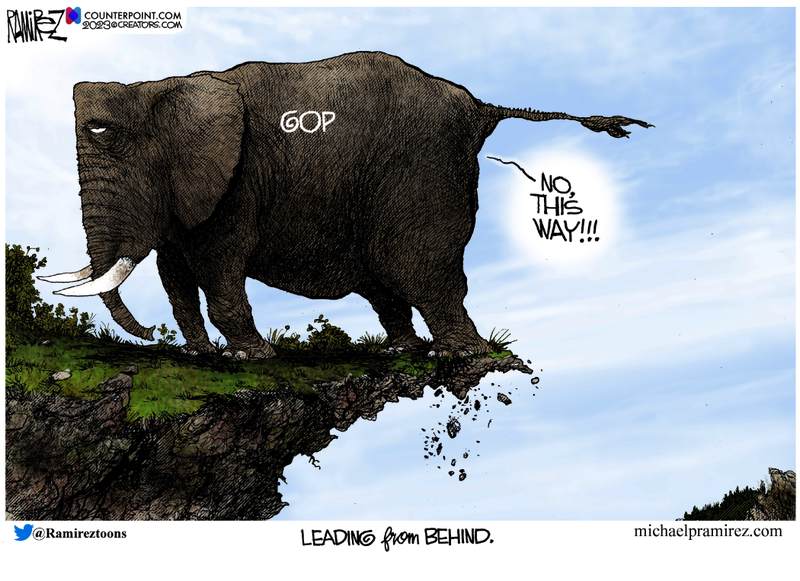 The headline may be clickbaity, but it is 100% accurate. For those of you who are not complete news cycle dorks, there is an important upcoming election for the Chair of the GOP. And yes, this is one place where we, individually can make a difference. But first, a little bit of background.

The Republican Party’s leadership has lately been going out of their way to antagonize their base. Between Cocaine Mitch withdrawing funding to support any 2022 Republican candidate who wouldn’t swear fealty to him, as apparently the GOPe prefers Democrats in office over actual Republicans, then there was the spending bill – John Hayward summed it up perfectly:

Simple request for new Speaker: no more of Congress waking up in mid-December, suddenly discovering the mega-State is unfunded, screaming like a busload of cheerleaders crashing into the spider exhibit at a zoo, and whipping up $2 trillion spending bills nobody reads.

Don’t even get me started on the elections that the Democrats openly cheated to steal, with Abortion Mouse in Arizona leading the charge. I’ll be weighing in on how it impacts 2024 at some point. So now we need new leadership. Cocaine Mitch isn’t going anywhere. We all saw what went down for the Speakership, and we learned a lot about who’s on the side of us Normals, and who is part of the Vichy Republicans (Yes we’re looking at you, Eyepatch McCain. Or once respected media members like Jim Geraghty and Hugh Hewitt who couldn’t jump quickly enough onto the Surrender Caucus bandwagon). Now back to the GOP Chair. Take a few minutes to read the background that Kurt Schlichter wrote last month. Sorry for no excerpt, as I’d have to post the entire article and Schlichter sums up the story better than I can.

OK, hopefully you just clicked and came back. How about that, you can actually make a difference to help pitch Ronna McDaniel from her perch! It’s no surprise seeing a member of the Romney family feeling too entitled to debate her opponents. And helping to change things is incredibly easy. Just go to Hireharmeet.com, click on your state, and nicely reach out to your state’s RNC members and ask them to vote for Harmeet.

The election is on January 27th, but  don’t wait too long to make your voice heard. We have nothing to lose except for yet another useless Romney.

And yes, I know I’ve posted this tweet before, but it fits and you can never go wrong with Steve Inman mocking the Vichy Republicans.

I’m kind of offended that our trolls don’t put more effort into their trolling and sock puppeteering. Where have you gone, John and Aqua?

Not a troll thats a bot, notice the originality.