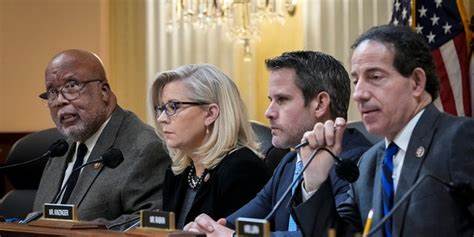 The Jan 6 committee Nazis released 6 years of Trump’s tax returns. It was non-stop on Twitter for the last two days. Today it’s virtually gone. Why? For a few reasons.

1. No one really cares

2. Releasing the tax returns of a private citizen is a very bad precedent. Even some democrats are concerned.

3. Trump’s returns show something other than what was intended

4. The release shows just how petty, vindictive and stupid the Jan 6 committee are.

A quick search this morning finds this

Let’s look at this grand idiocy. Here are some headlines

From the BBC article

What does this show?

HE LOST MONEY RUNNING FOR AND BEING PRESIDENT.

In contrast, Nancy Pelosi has used her office to acquire a vast fortune in incredibly coincidental stock trades

“In 2007, Visa worried the new Democrat Congress would target their swipe fees, costing them billions. So they hired a team of lobbyists who descended on Pelosi,” Watters added. “Visa’s CEO personally met with her. She got donations from them. One of his advisers left and became a visa lobbyist himself.”

“Suddenly, Paul Pelosi got a phone call from his broker. He was in luck,” Watters continued. “Paul was offered a prescreened invite to get in early on Visa’s $18 billion IPO. Did Nancy and her husband hesitate? No, they bought between $1 million and $5 million worth of Visa stock. But it gets better. While Pelosi was speaker, bills that would have hurt Visa’s stock price were blocked in the House. Visa shares going up over 200 percent during the time, making the Pelosi’s a fortune on paper.”

Does anyone in the legacy media care? No. They make a big deal out of Trump losing money. His taxes were low because he lost money.

And China? Trump wasn’t doing himself any favors when it came to China. Trump created the China Initiative, which was meant to curb the theft of intellectual property by the Chinese.

Trump put tariffs on Chinese goods to incentivize buying US. Biden killed that too. Trump’s SALT limitation hurt himself.

Unlike Biden, unlike Pelosi, unlike most of Congress, Trump put the country first.

Then there is the issue of releasing the tax returns of a private citizen.

Releasing Trump’s tax returns will hurt democrats more than it did Trump. It troubles at least one democrat. and could open a Pandora’s box. Even Geraldo is bothered.

Trump’s federal tax returns have been unfairly released. Evidence of spite. Just to embarrass him, by invading his privacy. NG

That’s what this was always all about. Embarrassment. Spite. Dirty him up. Cheap shots. Try to stop him from ever being President again. It had nothing to do with anything else. Ten million dollars for breathless hyperbole.

Correct. It may not only not be Trump’s epitaph but could end up being a campaign promotion as people come to understand what the returns really show. And that is why it is disappearing so quickly.

Trump put tariffs on Chinese goods to incentivize buying US. Biden killed that too.

After idiot Biden killed the tarrifs, one of our major solar panel manufacturers went bankrupt. Chinese panels were cheaper. But, idiot Biden promotes buying solar panels and even spends taxpayer money on them. But, I’m sure there’s nothing in idiot Biden’s income (not declared on his tax returns) to warrant investigations.

Most of what was revealed from Trump’s tax returns we’ve already seen through illegal leaks of his taxes. He’s done nothing wrong, but the left, still grasping at straws, hoped something can still be found to hurt him. Nope. He’s just another guy paying taxes.

Recall idiot Biden tried to cheat the people of of taxes on $500,000 by taking a false deduction as an “employer”. Recall also when the Clinton’s “forgot” to declare $20 million in foreign donations to the Clinton Foundation personal ATM on their taxes. Did this trigger any investigations? Was the leftist media outraged? Did they even have to pay penalties? Nope. Just normal corrupt crooks trying to cheat on their taxes. Nothing to see here.

The main opposition to the Democrats in Congress getting their hands on Trump’s returns was that they would leak them. Most knew Trump’s taxes, which are routinely audited, would reveal nothing illegal; Trump knows he has opponents, political and business, who would LOVE to catch him in criminal activity. Hell, he even had Coen pay Stormy Daniels with a check!

And, of course, what did the Democrats do? Needlessly publicly release Trump’s taxes. If they wanted to investigate them, fine, but unless some infractions were found, there was no reason whatsoever to release them to the public except to prove what utter shitbags they truly are.

Yeah, we TOLD you so, dumbasses.

The GOP is expected to take over the
US House of Representatives in 2023 next week. Here are the first 10 actions they should take after taking control.

2. Investigate Joe Biden for violating his own Sexual Predator-Groper Bill.

5. Demand the FBI, DOJ, Capitol Police, etc. release information on the dozens if not hundreds of federal operatives working inside the crowd and organizing violence on January 6, 2021.

6. Demand a copy of the affidavit and all supporting documentation for the Biden DOJ-FBI raid on President Trump’s home.

7. Get all of former Speaker Pelosi’s emails, text messages, her film crew’s footage, and records related to the 2020 election and Jan 6

9. Begin immediate investigation into Democrat dark money and the many corrupt Democrat-linked NGOs that they use to skirt US laws.

10. Begin an investigation and audit of all money sent to and from Ukraine, especially money related to the Bidens and other corrupt politicians. And the related donations to Democrats from FTX crypto company.