The proof is in. Biden is an illegitimate President. Part II- the FBI 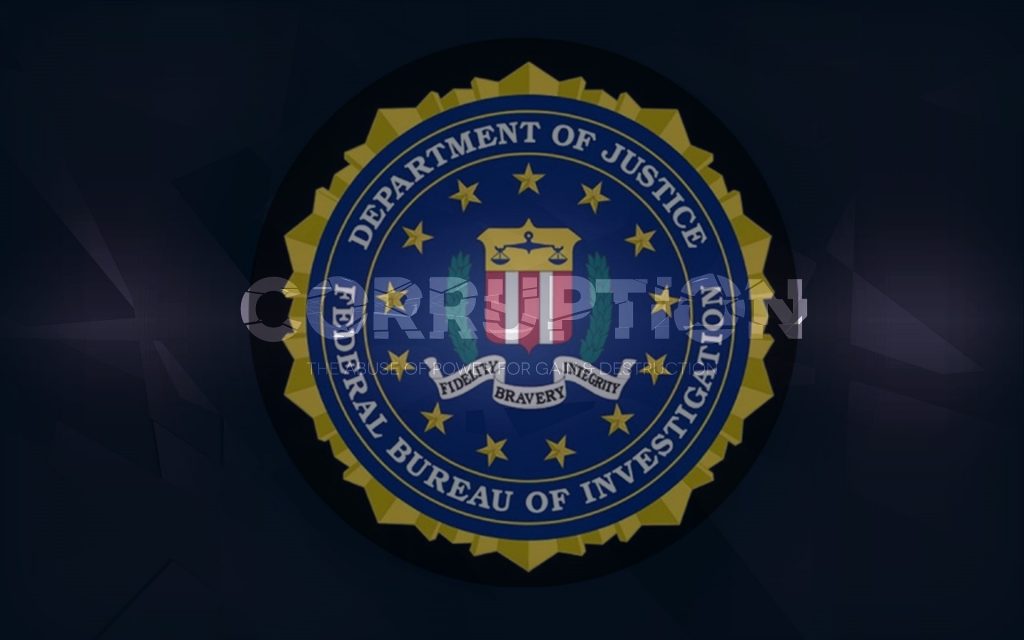 In a previous post we elucidated the evidence for the 2020 being rigged by Twitter. Today let’s look at the role the FBI played in rigging the 2020 election.

In an alcohol and drug-fueled stupor in April of 2019, Hunter Biden stumbled into the computer repair shop of John Paul Mac Isaac near closing time.

It was a Friday night, 10 minutes before the shop’s closing time. I was checking out a website about CNC machines and woodworking. I had no intention of working late; I was ready to go out after a long and busy week. But then bright, cool LED headlights bounced off the counter from the front window. I leaned back in my chair and closed my eyes. My vision of leaving the shop quickly faded as the door chime sounded. As was usual for this time of day, I thought: “What kind of person expects quality service right before closing time?”

I struggled not to roll my eyes when in stumbled a man clutching three MacBook Pros. He was about my height, six feet tall, but a little heavier. He wore casual clothing — dark blue and gray. Alcohol fumes preceded him. He slid the three laptops onto the bar counter as he fumbled for a seat.

Biden then implored Isaac to fix them

“I need the data recovered off these, but they all have liquid damage and won’t turn on,” he said.

“Well, let’s get you checked in and see what’s going on.” One of the computers had a Beau Biden Foundation sticker covering the Apple logo, but I wasn’t sure at first whom I was talking to. I opened my customer relationship management software (CRM) and asked him for his first name.

I then asked him for his last name. He paused and looked at me funny, as if I were from another country and how dare I not know who he was?

“Ah, Biden,” he responded, with a sarcastic edge.

“My password is f–ked up. Don’t be offended!” he said, before announcing that it was “analf–k69” or something to that extent.

Hunter then was given a loaner and he left and as he began his mission Isaac then found things he would rather not have found.

I read on. Amounts that I could never even have imagined earning were broken down by the year. Then I read, “Since you couldn’t have lived on $550,000 a year, you ‘borrowed’ some money from RSB in advance of payments.” I was speechless. This guy couldn’t live on more than ten times what I earned every year?

The FBI agent who organized those weekly meetings with Big Tech was Supervisory Special Agent Elvis Chan, whose postgraduate thesis claimed that Russia interfered with the 2016 election to help former President Donald Trump.

Chan, a democrat donor, bragged about “protecting” the 2020 election

However, the documents state that Chan “has openly boasted about his official role on behalf of FBI in coordinating with social-media companies.”

The filings note comments made by Chan in a recent podcast where he states that the FBI San Francisco field office was “very involved in helping to protect the US elections in 2020 … working in conjunction with the private sector, as well as with election officials from every single state and protectorate, we were really able to do it.”

In mid-November a judge ruled that Elvis Chan could be compelled to testify in a deposition.

Judge Terry A. Doughty of the Western District of Louisiana ruled that FBI Assistant Special Agent in Charge Elvis Chan must be deposed under oath for his alleged involvement in coordinating with Meta to censor the Hunter Biden laptop story prior to the 2020 election.

“Chan had authority over cybersecurity issues for the FBI in the San Francisco, California region which includes the headquarters of major social-media platforms and played a critical role for the FBI in coordinating with social-media platforms related to censorship,” Doughty wrote in his Monday court order. “Even if Chan played no role in the Hunter Biden laptop communication issue, he may have knowledge of who did, and his deposition is nonetheless warranted.”

Chan was deposed and had an interesting tale to tell

During the deposition, Chan said that he, along with the FBI’s Foreign Influence Task Force and senior Cybersecurity and Infrastructure Security Agency officials, had weekly meetings with major social media companies (i.e., Facebook and Twitter) to warn against Russian disinformation attempts ahead of the 2020 election, according to a source in the Missouri attorney general’s office.

Those meetings were initially quarterly, then monthly, then weekly heading into the presidential election between former President Donald Trump and now President Biden. According to a source, Chan testified that in those multiple, separate meetings, the FBI warned the social media companies that there could be potentially Russian “hack and dump” or “hack and leak” operations.

Chan had this to add

Fox News Digital also learned that, according to Chan’s testimony, the FBI regularly sends social media companies lists of internet URLs and social media accounts that should be taken down because they are “disinformation” from “malign foreign influence operations.” The FBI then inquires whether the platforms have taken down the content. On many occasions, the platforms take down the accounts flagged by the FBI.

Platforms- such as the NY Post. Social media accounts, such as James Woods and yours truly, were taken down because they FBI did not want the truth to be known.

And there, dear readers, is the crime.

Yoel Roth, the man-child who was Global Head of Trust & Safety for Twitter, may not have been completely forthcoming in his testimony:

Under questioning by Missouri Solicitor General John Sauer Tuesday, Chan said that the FBI warned Twitter to be on guard for a “hack and leak” operation but could not recall whether Hunter Biden was mentioned. This is a crucial inconsistency with Roth’s sworn declaration saying the FBI specifically mentioned Hunter.

Chan, the Asst. Special Agent in Charge, Cyber Branch, who seems to have an affinity for the spotlight, apparently decided to apply his Russian disinformation thesis as the penumbra for the 2020 election, despite knowing the truth. He and the FBI knew the laptop was the real thing and that the stories were the real thing and yet he and the FBI went to Big Tech essentially on behalf of the Biden campaign to smother a scandal that would have changed the outcome of the election.

The FBI has gone rogue. It no longer serves the country. It has been weaponized to serve one political party. I continue to maintain that it should be defunded and dismantled but I have a good friend is ex-FBI and has a slightly different perspective. He feels that the 7th floor, as well as the Washington Field Office should be cleared out as all of these dastardly plots are hatched there. If this doesn’t happen, and I mean the complete gutting of both the 7th floor and the WFO no one in this country can have any faith in the FBI whatsoever. When a government agency conspires against the sitting President, we have a problem.

This is just more profound evidence that the 2020 election was rigged.

I sought a response from Chan, but Elvis had left the building.

Biden is not the US President.

He’s a dictator. The deep state and globalist cabal replaced our democracy with their tyrannical one-party police state.

Take care of yourself and understand the same oppression the CCP, Putin, Maduro, and every other totalitarian state uses on it’s people will be used on you.

I wonder if they would have suppressed the truth for less?

Even if you pull out all the overwhelming, credible evidence of voter fraud — such as ballot dumps, Dominion glitches, and illegal voting laws — this alone makes the 2020 election null and void.

And Bankman-Fries donated at least $40 million to democrats.
Some say as much as $1 billion of his company’s money disappeared into democrat coffers.

Where is the FEC?

So Musk is claiming they were using Trump’s “catch and kill” methodology to keep people from saying bad things about Biden and his family?

The f*ckin’ GOP is paying the legal bills of witnesses subpoenaed to testify in investigations of Donald Trump.

By the way, stories about the Biden’s what?

Trump isn’t being investigated, or have now-released documents showing the government intervened on his behalf to rig and election in his favor.

This has nothing to do about Trump.

So Musk is claiming they were using Trump’s “catch and kill” methodology to keep people from saying bad things about Biden and his family?

The evidence clearly shows the idiot Biden campaign could go to Twitter and tell them what they didn’t like and what to take down. The FBI went to Twitter and told them what to suppress. The violations of the 1st Amendment of individuals is pretty stark and clear.

And the kicker… everything they suppressed and censored was the truth. They replaced the truth with lies. That is the Democrat program; replace truth with lies, good with bad, the Constitution with fascism.

LOL!!! That’s like standing up in Red Square and saying Stalin is an illegitimate Leader.

Think it would do any good there either? Only difference is they don’t shoot you for it here… yet.

the FBI regularly sends social media companies lists of internet URLs and social media accounts that should be taken down because they are “disinformation” from “malign foreign influence operations.”

And worms like Chan are determining what “disinformation” is.

The IC does not determine who should be elected into office. It is more than obvious now they had to take out Trump before he could have a second term and address the administrate. Now they have been exposed. biden did not win in 2020 and hobbs did not win in AZ.
They fear Kari Lake for the same reason they fear Trump, they can not be bought.
We are in a constitutional crisis as voters across the country have been disenfranchised repeatedly.

Nobody “rigged the election on Twitter”. Twitter isn’t part of the election process. It’s a social media site.

That’s what we’re saying, you dumbfuck.

But they were used by the government, fascisticly, to rig an election.

You damned right they’re not. That’s why this makes the 2020 election null and void.

Your goose is cooked.

Let’s take this step by step. Do you believe the Hunter laptop is “Russian disinformation”?

But hey, these fools are already trying to explain it away.

If the roles were reversed, they be burning down Portland and killing more black shop keepers, saying the country was founded on insurrection (remember all that?).