CBS Sunday Morning does a hatchet job on Elon Musk 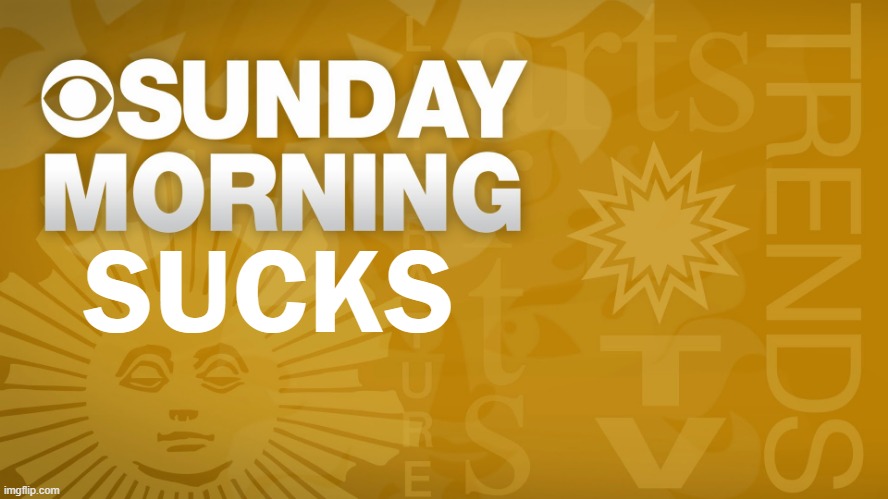 CBS Sunday Morning frequently does segments that have appeal, albeit always with a left-wing slant. They’re tolerable when they do pieces on Brendan Fraser or Christine McVie or vegetables. When they get into politics, they out and out suck. Such it was this morning, when they pulled out the assassin’s knives for Elon Musk. The title was

Is Elon Musk over his head?

They deployed a hack named Luke Burbank to carry out the task. The piece began by poo pooing Musk’s venture into Twitter. Burbank sat down with Kara Swisher, someone who professes to know everything about Musk and who lent a soft shoulder to Yoel Roth, who was (amusingly) Twitter’s head of trust and safety who banned Donald Trump because of the “trauma” he suffered on Jan 6. This is an example of Twitter’s state of mind even before Jan 6. 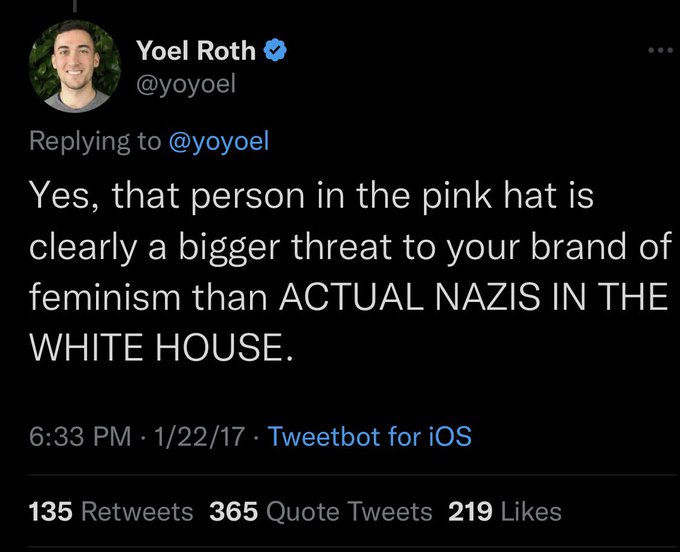 Of course, without citing who the “researchers” were. Musk fired back, calling the report “utterly false.”

But there was to be no balance in this piece. No sir.

This is where I started to burn

No sh*t. Musk made the materials available to Taibbi. The documents weren’t fabricated, they are real. All Taibbi did was post them, along with his commentary and the left-wing fascists went postal on Taibbi. Then CBSSM hauled out the former Chief Security Officer of Facebook, Alex Stamos, who went to the mat defending Twitter’s decision not to allow posting or distribution of anything related to the Hunter Biden laptop, including locking the account of White House spokesperson Kayleigh McEnany and the account of the NY Post. He blathered on, despite the already present admission from Roth that it was a “mistake”, which from the leaked materials we know is also a lie. Then Stamos dives headlong into the cesspool:

“…the idea that it affected the election is just ludicrous…”

No, Stamos, it’s not ludicrous and I pointed this out yesterday.

This election interference cost the country an election outcome.
This lack of information proved crucial: One of every six Biden voters we surveyed (17%) said they would have abandoned the Democratic candidate had they known the facts about one or more of these news stories. A shift of this magnitude would have changed the outcome in all six of the swing states won by Joe Biden, and Donald Trump would have comfortably won a second term as president.
Fully 79% of those aware of the Hunter laptop scandal believe the election outcome would have been different had the truth be told and I am one of them. Had the full story of the Hunter Biden laptop and general Biden family corruption and depravity been properly exposed there is no way the corrupt lying pervert Biden is President today and the country is far better off.

Stamos is either ignorant or a flamer. But remember, Facebook hired him.
Then Burbank dragged out another alleged employer who whined about how Musk is terminating him in a “cruel manner.” Then Stamos returns to badmouth Musk about his human management skills. Then Stamos said

“..the odds of them being able to execute well over the next year are very long….”

I remember hearing such dim outlooks for Tesla and SpaceX, which realistically is the American space program. Stamos then laments for the “loss of all this talent they need to be able to execute…”. This “talent” consisted of hyper-partisan liberals who smashed conservatives and fried them for breakfast. This “talent” took cues from the government to suppress opposing viewpoints. That Twitter obeyed every command from the Biden Presidential campaign. Every single positive about Musk is followed by a “but” or “however.”
CBSSM did not get into what the released files contained. They did not engage a single advocate for Musk- there was no balance. They mentioned absolutely nothing of the old Twitter doing the bidding the Biden campaign.
Why? Because they’re liberals and they suck.
0 0 votes
Article Rating

So, the conclusion is clear. Every bit of the left wing propaganda industry (aka “MSM”) is 100% down with conspiring with a corrupt government to censor free speech and suppress actual real facts that might be unfavorable to the corrupt regime. This is a scenario we’ve seen played out before and along with it, we have the DOJ turning into a semblance of the GESTAPO.

Either you cherish freedom and our rights or you support the Democrat Fascist Party. There is no longer any in between.

There is this, how things get reported on or not depends o the criminal.

Good catches, Kitt.
Recently Elon Musk has admitted he has fears for his life.
He knows the kind of enemies he’s made.

Keep in mind their lies are all legal: OUR government is also now ALLOWED to CREATE PROPAGANDA tailored specifically for U.S. public consumption, using ANY media as it sees fit, while remaining ANONYMOUS as to the source of the material being reported. https://www.rcreader.com/commentary/smith-mundt-modernization-act-2012