The Twisted Line from Broken Windows to a Broken Republic 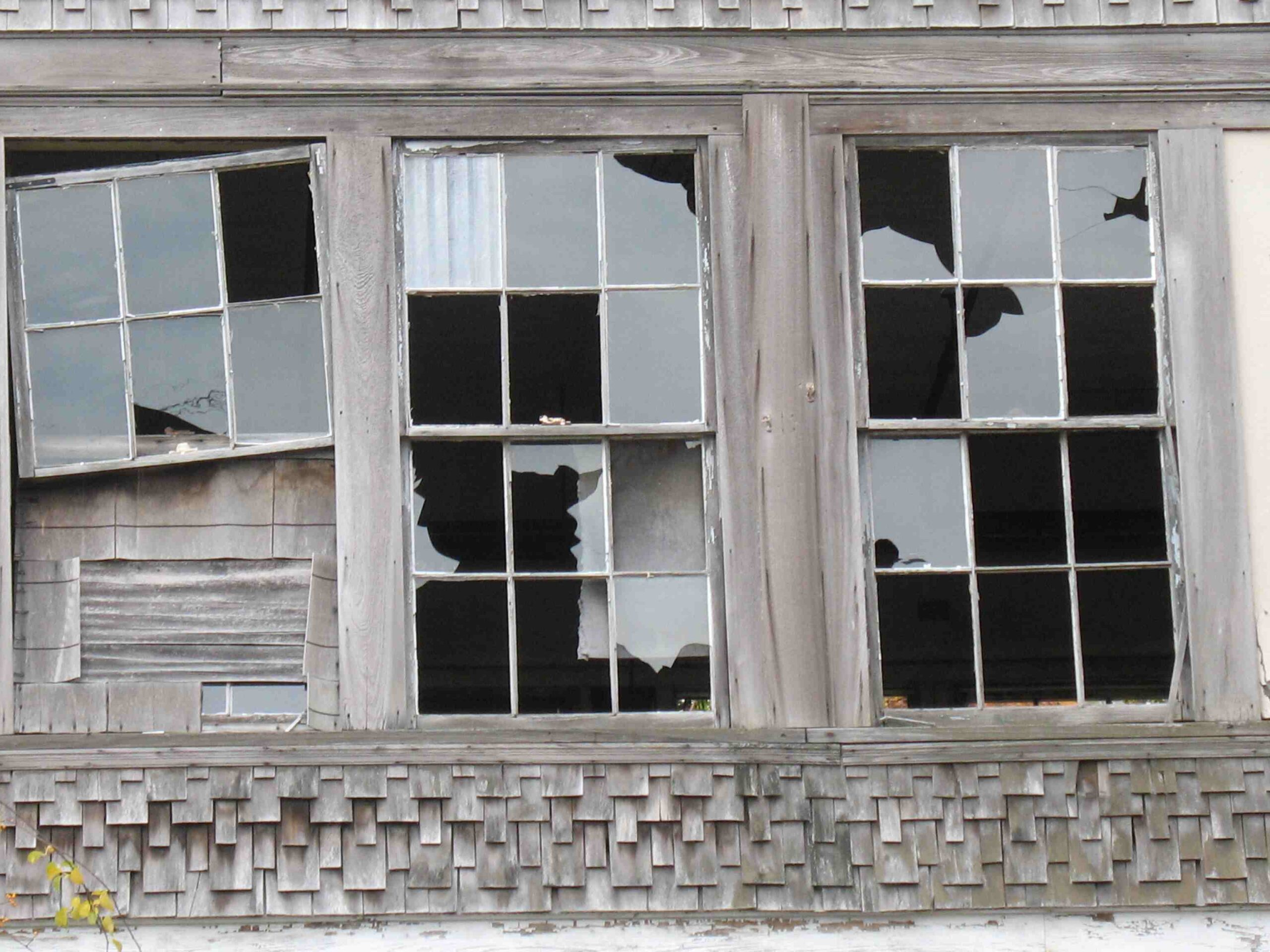 Years ago I was writing about blacks and Democrats and looked at the impact Rudy Giuliani made in New York City.  Over the course of his tenure from 1994 – 2002 there were 3,440 fewer black murder victims in the city than there might have been had New York simply experienced the average nationwide crime decline between 1994 & 2002.  “That’s 3,440 families that did not lose a son, a father, a breadwinner, or a role model. 3,440 black men still alive to take care of and support their families…”

And in the early 90’s the visible signs of crime in New York City were everywhere. Subways were covered with graffiti; Times Square was nothing but peep shows, liquor stores and vacant storefronts.  But there weren’t only signs of crime, there was actual crime, and a lot of it, with violent crime and murder rampant.  In 1993 there were 2,420 murders in NYC for a rate of 13.3 per 100,000, almost 50% above the national average of 9.51.

With the advent of Broken Windows, the city started cleaning up graffiti, arresting the squeegee thugs who intimidated drivers stopped at red lights and started targeting petty criminals.  Giuliani knew what he was doing.  Before his election he said that “he cared about statistics, but the real measure would be whether people actually felt safer. That, he said, was the ultimate test of policing and political leadership.” By the time he left office in 2002 he had delivered both the statistics and a feeling of safety – at 960 the murder rate had plummeted by 64% or 4.75 per 100,000, 15% below the national average. As the crime rate plummeted the city and its citizens thrived.  Times Square transformed from a seedy denizen of hookers and pickpockets and drug dealers into a shining tourist Mecca filled with glistening theaters and hotels and restaurants.  SoHo and Chelsea and Greenwich Village transformed into vibrant, inviting places. New Yorkers and tourists alike felt like New York was once again a place they could enjoy without feeling like they were in a war zone…

The point of all of this is, small things matter.  Subways covered in graffiti, people urinating in the streets, homeless camping out on sidewalks and kids stealing beers and Nyquil from CVS… none of these things by themselves send a society into the abyss.  But when they’re tolerated they tell the perpetrators that laws don’t matter, and soon shoplifting turns to burglary turns to robbery which turns to assault and sometimes murder. And, as criminals and crime proliferate and violence becomes more common, those law abiding citizens who can, flee for safer pastures, and all that remain in cities are criminals and their next victims who don’t have the resources to escape or can afford their own personal protection militia.  That’s when dystopia goes from being the fiction of Hollywood blockbusters to reality.

None of this is particularly insightful requiring an above average IQ to see.  But just because something is common sense doesn’t mean it’s common.  The idiocy of the anti Broken Windows theory, if one might call it that, was demonstrated by the clearly low IQ mayor of Baltimore Stephanie Rawlings-Blake in 2015 in the wake of the death of Freddy Gray in police custody.  The mayor stated that “while we try to make sure that they (protestors) were protected from the cars and the other things that were going on, we also gave those who wished to destroy space to do that as well”. So the chief law enforcement officer of the city of a major American city decided to give “protesters” space to destroy said city. What was important was not the right of private property owners to retain their property, not the desires of citizens to be safe in their communities, not the expectations of taxpayers that their leaders would enforce the law… no it was the wishes of those intent on destruction.

Small things lead to big things and the results were predictable, although protesters destroying property are not exactly small things.  In 2014 there were 211 murders in Baltimore for a rate of 33.84 per 100,000 citizens. Already high compared to the national average of 4.44, things got a lot worse afterwards and every year since 2015 the city has had over 300 murders with 2021 coming in at 337 and a murder rate of 58.27 per 100,000.

And of course the thing about murder is that it is the most extreme crime possible.  It’s at the top of the crime pyramid if you will – as an example, out of a given set of criminals, 80% might be willing to commit robbery, 40% assault and perhaps 2% murder. We therefore can assume that if the tip of that crime pyramid is getting bigger, the lower part is growing in tandem, if not more.  And indeed it has. Additionally, murder is relatively easy to measure as you usually have a body to count.  With most other crimes it’s harder to know a crime has been committed as typically someone needs to report it, and increasingly people are simply not bothering as they feel like nothing is going to be done, particularly as it can take literally hours for just to get a response from a 911 call in the first place.

Although George Soros’ DAs are a BIG part of the problem, out on the streets the problem is clearly less policing, both in terms of actual police numbers and what laws are being enforced.  As such, the solution would seem obvious:  More police and more enforcement.  But there’s the rub. As woke cities and states reduced the enforcement of and penalties for crimes in the name of “equity” they simultaneously eviscerated their police forces.  Not only are cops retiring and “quitting in droves”, but across the country cities are finding it increasingly challenging to recruit new officers to fill the vacancies.  So now they find themselves in a situation where they have more crime and fewer officers to enforce the law.

That’s a vicious societal death spiral that’s extraordinarily difficult to pull out of.  The increase in crime chases more taxpayers and tax generating employers out of the cities and states just at the time when those bodies have to spend more trying to recruit new officers.  Eventually other services suffer and more people decide to leave, further eroding the tax base and the community.  We see that taking place in real time as citizens are escaping crime ridden cesspools in droves.

But the thing is, that vicious cycle doesn’t start out that way. It starts with words like “empathy” and “tolerance” and “equity” being used to turn a blind eye to those aforementioned small things.  While empathy and tolerance might be laudable as personal characteristics, they, along with the fiction of “equity”, are cancers as governing characteristics. Democrats leverage voters’ sympathies to push for policies that sound humane but in reality create needle and crime ridden homeless encampments, eviscerate the criminal justice system and make life worse for virtually every citizen in the country.

Can America pull out of this societal death spiral?  That’s a good question.  It will take voters deciding that reality trumps emotion and that an imperfect Republican Party trumps a soulless Democrat Party.  We’ll see on November 9 whether Americans 0f 2022 have the courage New Yorkers exhibited in 1993.

The Soros DA’s and Atty Gens run and win because so many whites have been convinced they are guilty of “racism.”
White guilt plus the black vote plus all those who vote the dem ticket 100% equals Soros’ DAs and Atty Gens.
Will any amount of studies showing how those very POC have become victims of MORE crimes and deaths under the Soros’ men’s rule convince these useful idiots to vote their own best interests?
He’s got more of them on the ballots so, we’re going to find out.
(Oh, and he wants a “national police force,” too, that wiley old Nazi.)