democrat Presidents help our enemies keep up with the US 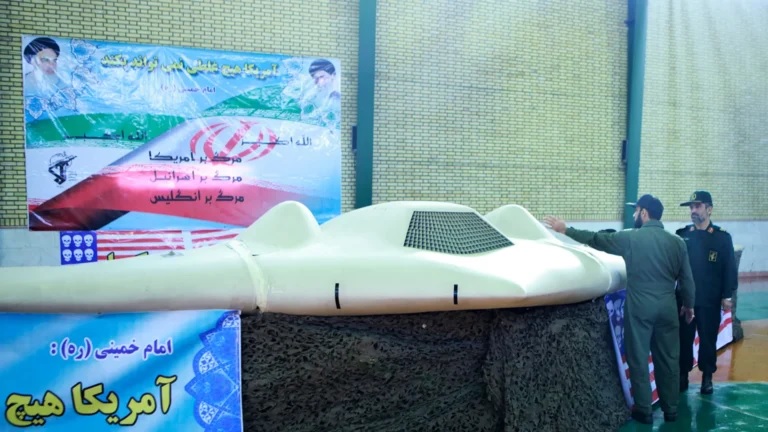 The US State Department says there’s ample evidence that Russia is using Iranian drones in Ukraine.

“The United States began warning in July that Iran was planning to transfer UAVs to Russia for use in Russia’s brutal war against Ukraine, and we now have abundant evidence that these UAVs are being used to strike Ukrainian civilians and critical civilian infrastructure,” Price said in a statement.

Iran didn’t always have drones. From where did they get the technology?

In December 2011 the US lost an RQ-170 Sentinel drone in eastern Iran. Your first reaction might be “I’m sure Obama will destroy it.” Mine was.

But you’d be wrong. Obama did not destroy it.

“I was told that the president had three options on his desk. He rejected all of them,” former Vice President Dick Cheney told CNN. “They all involved sending somebody in, you know, to try to recover it or — if you can’t do that, and admittedly, that’d be a difficult operation — you certainly could have gone in and destroyed it on the ground with an airstrike.”

“But he didn’t take any of the options. He asked nicely for them to return it and they aren’t gonna do that.”

They did not give it back. Iran reverse engineered it and then went to make other drones modeled after US drones and now is a full-time drone dealer happy to supply Russia in its fight with Ukraine. The cynic in me believes the drone may have been a token gift from Obama in hopes of luring Iran into the garbage pile known as the JCPOA.

That didn’t work out so well on either issue. It’s not the only time a democrat President has screwed the US.

China has been grooming Joe Biden since 2011, when Biden gave a speech extolling the virtues of Communist China and said that China should integrated into every aspect of America.

The Biden family would go on to net $31 million over time.  That didn’t work out well for the US either but the CCP’s investment in Biden is paying off well. Biden is doing everything he can to cripple the US and steer green economy business toward China.

And speaking of China, it has a very robust space program now. China owes that to another US President- Bill Clinton. In return for a sizable campaign donation, the Clinton administration granted a technology transfer of guidance technology to Communist China.

It’s hard to maintain an edge on your adversaries when democrat Presidents keep giving everything away.

The very same Democrat Party that some empty headed Hollywood Pea-Brain said was OF THE PEOPLE,BY THE PEOPLE FOR THE PEOPLE which proves Hollywood and America run on two different Brainwaves