This is why it’s so hard to win elections: democrats don’t think- they just vote 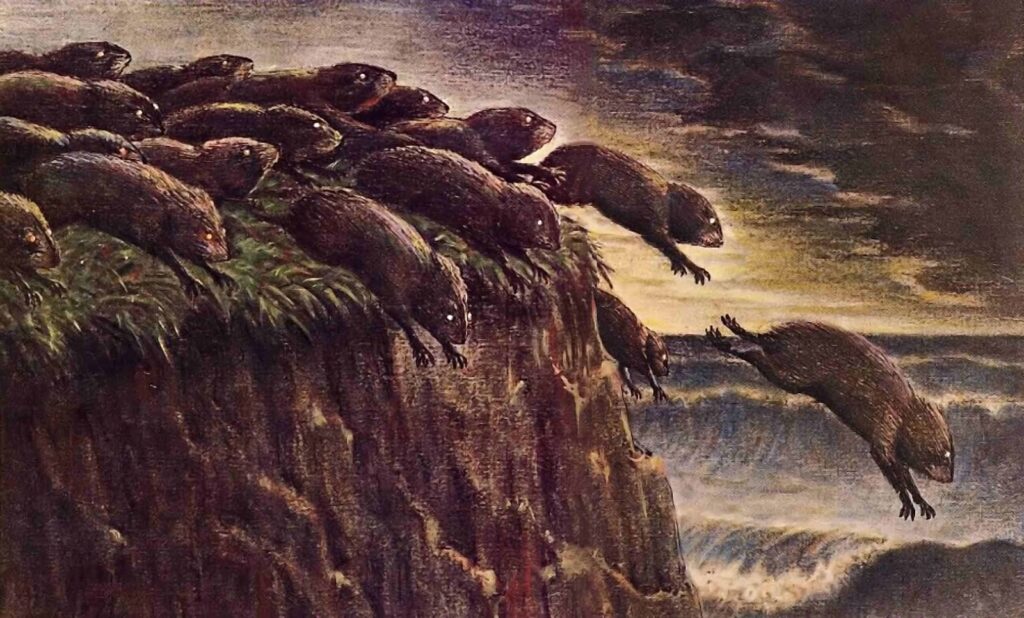 It’s really hard for Republicans to win elections. Why? Well, let’s look at an example. Tiffany Caban is a defund the police NYC Councilwoman.

Subsequent to this attack she said

“Subway violence is a one-in-a-million event”

Not to burst the bubble, but no it’s not

Killings in the New York City subway system since 2020 have skyrocketed to the highest annual levels in 25 years, even amid plummeting ridership numbers, as the city grapples with an overall spike in random violence, NYPD data show.

Since 1997, the earliest data The Post was able to access, there had never been more than five subway murders in a single year until the COVID-19 pandemic struck in 2020 and brought that number up to six for the first time in decades.

The next year, murders shot up to eight. So far in 2022, there have already been seven killings.

Here’s the thing. This woman is a fecking moron. She’s a liar. The problem is, it works. Deceit and dishonesty work on the average democrat voter. She will be reelected.

Partisan hack Jake Tapper conducted what some might call an interview with Joe Biden which was broadcast on CNN. In it, Joe Biden claimed that most people in the country approved of the direction of the country. Obviously, that was bullsh*t. 67% of the country feels the country is headed in the wrong direction.

Do you think that jackwad Tapper challenged Biden? Not a chance. He let the lie stand, because democrats don’t know the facts, nor do they want to bother learning the facts and Tapper knows it.

I think it was Newt Gingrich who argued that the strength of the democrat party is its unity.

They don’t think. they just vote. They vote democrat, whether or not it is their best interest. Biden has an RCP average 53% disapproval rating, but considerably higher among democrats, despite 3/4 of them believing the country is going in the wrong direction. Yet, they will still vote for him and Cabal. Why?

They don’t think. They just vote.

Zeldin should be trouncing Hochul, who’s been horrible.

Some of them try, within their limited ability to get more facts.
Trouble is, big tech is in control of their information feed.
Try using a “smart” phone to call up vaccine side effect information.
Or, Jan 6th information.
Or, how the Jan 6th attendees are being treated prior to being charged by being put away without trial, atty, or any due process.

Oh, if you jump thru enough hoops you can find some stuff, but, be advised, the FBI and/or DOJ knows who you are and is watching you from now on.

I’ve got an old-fashioned “dumb” home computer.
Not even a laptop.
It can find me everything on both sides, and does.

This is old, it’s been going on a long time, as Jesus even weighed in:

It would be better for them (flase prophets who mislead) to be thrown into the sea with a millstone tied around their neck than to cause one of these little ones to stumble.

These little ones always learning and listening to anybody who will teach them, but never able to come to the knowledge of the truth.

Mostly cheat. Who needs lemmings when you can copy ballots and get Eric “Trump won’t win, I made f*cking sure of that”Coomer to manufacture all the lemmings you want?

The only other place that “quote” appears is in your own post of a year ago.

Not true,
According to Oltmann, one participant on the conference call asked, “What are we gonna do if f—king Trump wins?”
Oltmann, paraphrasing Coomer’s purported response, indicated that Coomer said, “Don’t worry about the election, Trump’s not gonna win. I made f—king sure of that!”

Because he said it.

And because he did it.

(P.S. – Thank you for showing you don’t read most posts, but you are strangely keeping track of us. Who do you work for? I LITERALLY have called him Eric “Trump won’t win, I made f*cking sure of that” in dozens of posts since the one your linked to.)

I would go so far as to say in our present day environment, greg is an enemy. He is an enemy of America and potentially of any American who dissents from the leftist narrative.

One was in moderation. No idea why. Pulled it out. Not sure about two tho, only one was in there

The way the Nazis used “the politics of legality” to gain absolute power after a failed coup is an ominous lesson about the fragility of a republic.

-2
Reply
Deplorable Me
Reply to  Greg

Putin is not Hilter.

You and your Party have taken our democracy.

Nancy Pelosi bragged about the democrat control. “Nancy Pelosi: ‘Glass of Water Would Win with a D Next to Its Name’ in Districts Like Mine and AOC’s.

Here’s the thing. This woman is a fecking moron. She’s a liar. The problem is, it works. Deceit and dishonesty work on the average democrat voter. She will be reelected.

The corrupt liberal media is to blame for this. If the media would call out these lies and bring it fully to the attention of the citizens, these charlatans wouldn’t be able to lie like this. If they can’t lie like that, they couldn’t get elected, much less RE-elected. Time was, the media would call out ALL liars; now they serve only to protect Democrat lies while accusing Republicans of spreading the lies.