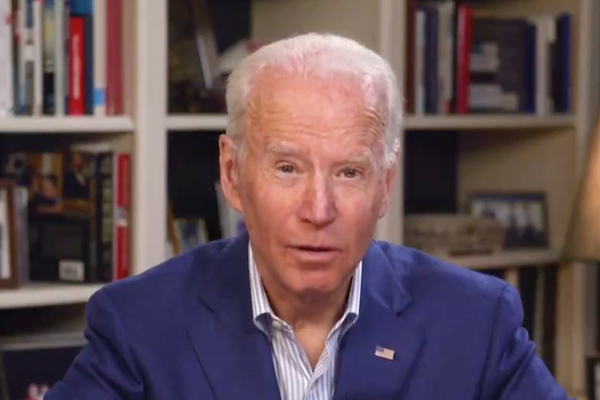 I’ve said it before. Joe Biden is a prick. Joe Biden has always been a prick. He’s also a juvenile prick.

Biden is always bragging about what a tough guy he is in contrast to Donald Trump. You might remember that he once threated to beat up Trump:

“They asked me if I’d like to debate this gentleman, and I said ‘no.’ I said, ‘If we were in high school, I’d take him behind the gym and beat the hell out of him.'”

Tough guy, that Biden. He continued his sad theme the other day.

BIDEN: “When my predecessor got COVID, he had to get helicoptered to Walter Reed Medical Center. He was severely ill. Thankfully, he recovered. When I got COVID, I worked from upstairs in the White House.”pic.twitter.com/LWujyIVzYL

Yeah, about that. That was cheap, juvenile and it was stupid. What Biden caught was likely the BA.5 strain of COVID yet he saved everyone on Earth.

Right now, we’re facing the BA.5 variant – it’s the reason I got sick and has infected a lot of people around the world.

But because I’ve made billions available for school ventilation, free boosters, testing, high-quality masks, and more, we’re equipped to fight it.

The four time jabbed Biden also continued the misleading quest to force everyone to get stuck again. There are, however, problems with that. The BA.4 and BA.5 strains can evade immunity conferred by previous injections.  From Duke University:

Montefiori estimated that BA.4 and BA.5 are about three times less sensitive to neutralizing antibodies from existing Covid vaccines than the original version of the omicron variant, BA.1.

Other research suggests that BA.4 and BA.5 are four times more resistant to antibodies from vaccines than BA.2, which replaced the omicron variant as the U.S.’s dominant version of the coronavirus in April.

Boosters are becoming less and less effective as the virus mutates, as it was designed to do. The good news is that it also becomes less and less virulent. The bad news is that boosters appear to weaken the immune system and immunity from those boosters wanes after 4 months. IMO getting any more boosters is unwise and forcing infants to be injected is a bad idea. I am waiting for an explanation of all of the excess deaths as well.

Back to the tough guy Biden. Donald Trump most likely contracted the Delta strain of COVID, which was far more virulent than the current variants. Yet the much weaker strain made Biden quite ill and he is still suffering symptoms two weeks later.