Why Do Leftists Choose Misery? 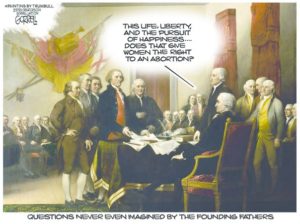 I never understand our Lefty pals. Why does anyone willingly follow a belief system that requires a constant blend of rage / despair / hatred? You might have heard about acctress Jessica Chastain’s infamous Independence Day tweet. The tweet is captioned Happy “Independence” Day from me and my reproductive rights, accompanying a double barreled middle finger. Two thoughts crossed my mind – “Wow, she is absiolutely beautiful (I don’t know the names of most of the actors/actresses in the shows & movies I watch), and she is a perfect example of beauty being only skin deep.” You have to wonder what makes someone who has lived an incredibly fortunate, prosperous life that someone like Chastain has to be so unappreciative of the country that has given her such amazing oportunities? I was curious as to what she had been in, and saw she was recently in the movie “The Eyes of Tamy Faye”, about Jim & Tammy baker. I also saw that this movie was in my Netflix queue. I gave it a one star review and dropped it from my queue. A tiny gesture to be sure, but it felt like the right thing to do.

The time stamp on Chastain’s tweet is 10:52 AM on 7/4, which is interstingly enough almost the exact moment when I had an up close and personal view of some Leftist misery. The Leadership Institute throws an annual Independence Day BBQ at a park a few miles outside of DC. It’s open to all, which means that Lefties are free to register to attend, but everyone I’ve actually seen there are patriotic Normals. As I was driving into the park I saw a woman who looked to be @ 60 years old by the side of the road holding up a sign. I don’t remember the exact verbiage, but it was something to the effect of, “Happy Independence Day! Your Reproductive Freedom Is Under Attack – Vote Democrat!” with an accompanying drawing of a coat hanger. The weather was perfect – felt like high 80s, low 90s, and sunny with a slight breeze. So we had a long weekend, and perfect weather for for holiday, and she chose to spend her day… as a one woman nastiness show? That was really the best use of her time that day? She didn’t have any friends or family with whom she could have been been enjoying herself? She wasn’t just the front runner for a larger protest either – when I left she was gone.I felt genuinely sorry for her that her life is so empty that this was the best use of her time on a beautiful day that was part of a long weekend. When I got inside I chatted up a fellow party goer who was wearing some pro life gear about her, and I said I’d say a prayer for the woman.

I didn’t dwell on her for too long, but I wondered how empty her life must have been to spend her day this way. I’m sure that if I had sat down and talked to her, learned more about her and what she was really like… I probably would have learned that she’s a terrible person and deserving of every bit of the miserable way she chose to live her life. So maybe it’s for the best that I didn’t try to approach her.

But I’ll say a prayer for her anyway.

Joey Chestnut eating 63 hot dogs while choking out an anti-Smithfield protester in a Darth Vader mask may be the most American thing I’ve ever seen. pic.twitter.com/U7hg6KQc5g

For those who missed it before @PimaDems deleted the tweet I was referencing, here it is. Their “F*** the 4th” event may be in line for some rebranding. https://t.co/JjztuqdDoM pic.twitter.com/yjLnLF9NdP

Clarence Thomas is a “Clown in Blackface”

It takes personal courage to face the fact that your ideology is failed and degenerate and that those you oppose have been right all along. I’ve come close a few times, but it (so far) has always turned out that what was causing me doubts was a lie.

It’s not that liberals enjoy being miserable; they have simply joined an ideology that survives by stoking hatred and fear among its acolytes. They have nothing to vote FOR, so they have to incite their voters to vote AGAINST the opposition. It is a real shame that their hatred prevents them from looking around themselves and seeing the utter destruction their ideology has wrought.

They truly are pathetic and pitiful.

but it (so far) has always turned out that what was causing me doubts was a lie.