This is Joe Biden’s administration in a nutshell 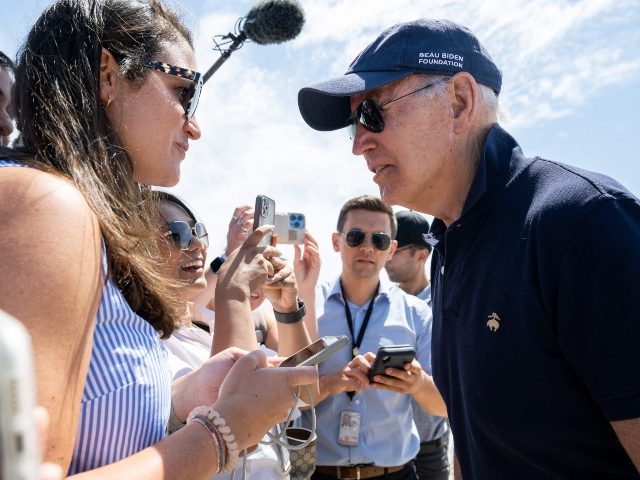 It is the general consensus that a recession is coming.

Obama Treasury Secretary Larry Summers says ‘My best guess is that a recession is ahead.’

60% of CEO’s globally think a recession is coming.

Elon Musk and Jamie Dimon think a recession is coming.

Some think we’re already in a recession.

Most Americans feel that we are already in a recession.

Then there’s Joe Biden. Nope, no recession. Here he snaps at a reporter:

One reporter asked about a growing number of economists voicing concerns that a recession was more likely than ever.

“Not the majority of them aren’t saying that, c’mon, don’t make things up, ok?” He snapped. “Now you sound like a Republican politician.”

Biden stressed that a recession was not inevitable, echoing his administration’s talking points on the issue.

“All kidding aside, I don’t think it is, I was talking to Larry Summers this morning,” he said. “There’s nothing inevitable about a recession.”

He even lied about Summers.

Biden is a world class liar. As I noted previously, he could get away with it because he wasn’t alone in the spotlight. But now there’s nowhere to hide. He’ll tell you it’s snowing on a sunny day in San Diego. He’ll sell sunscreen at the North Pole in January. His lies are legendary, but he’s the damn President. He’s not supposed to lie 24/7/365 and be completely refractory to Americans’ pain.

We are headed into a recession. It’s almost a guarantee he’ll deny it when it does happen. And that is Joe Biden’s Presidency in a nutshell.