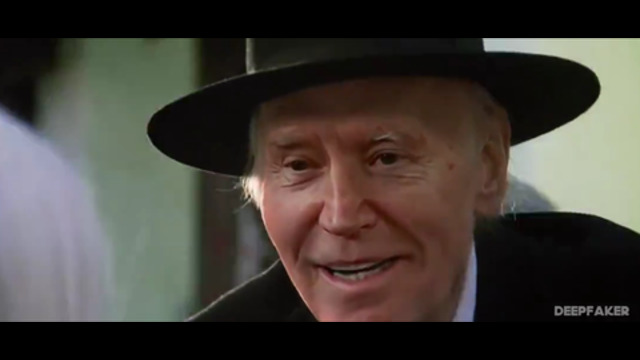 Save for burgeoning dementia, Joe Biden really hasn’t changed. He always has been a liar. He always has been schemer. He always has been a grifter. He has a history of calling himself “the poorest man in Congress” but lives a life of wealth. He owns two palatial homes. He purchased one having 6850 square feet in 1996 for $350,000. He bought the second (4700 square feet) in 2017 for $2.7 million. One might wonder where the money came from for that one. It is reported that Biden was ready to sell the first house to cover his son’s cancer treatments, but Obama loaned him the money instead. Yet two years later he was able to buy the second house for $2.7 million.

In her book “The Laptop from Hell” Miranda Devine describes how Biden used whatever office he held at the time to trade favors for himself and wealth for his family members. Insider Tony Bobulinski is quoted in the book:

“I don’t have a political ax to grind; I just saw behind the Biden curtain, and I grew concerned with what I saw. The Biden family aggressively leveraged the Biden family name to make millions of dollars from foreign entities even though some were from Communist-controlled China.”

And as for Joe’s claim that he never spoke to Hunter about Hunter’s business:

“I’ve seen Vice President Biden saying he never talked to Hunter about his business,” Bobulinski would say in a bombshell statement to the New York Post’s Michael Goodwin on Oct. 22, 2020, a few days after the paper began publishing material from Hunter’s laptop.

“I’ve seen firsthand that that’s not true, because it wasn’t just Hunter’s business. They said they were putting the Biden family name and its legacy on the line …

When Bobulinski asked about the dubious activities:

As Jim talked, Bobulinski marveled at the political risk to Joe’s career if his family’s flagrant influence peddling during his vice presidency came to light.

“How are you guys getting away with this?” he finally asked. “Aren’t you concerned that you’re going to put your brother’s [2020] presidential campaign at risk? You know, the Chinese, the stuff that you guys have been doing already in 2015 and 2016, around the world?”

“Plausible deniability,” he said, using a term coined by the CIA during the Kennedy administration to describe the practice of keeping the president uninformed about illegal or unsavory activity so he can plausibly deny knowing anything if it becomes public knowledge.

The most egregious and obvious abuse was Biden extorting Ukraine to fire the prosecutor zeroing in on Hunter Biden’s involvements in Ukraine or face the withholding financial aid.

Biden has been able to keep secret his real wealth thanks to the loosie goosy financial regulations in Delaware, where many corporations seek to base.

It is typical for presidential candidates to voluntarily release their tax returns, with the exception of Donald Trump. Despite those releases, the details of how Biden, whose career has been partially dedicated to enabling financial secrecy in Delaware, made a significant portion of that money remains a mystery.

The lies are catching up because Biden is at the top of the pile, all alone in the spotlight. He is used to lying and not being held accountable as he has had a highly compliant media covering for him. That worked for Biden his entire life and into his election as President. Conditions have slowly deteriorated since then. Biden’s chronic lying has become simply impossible to disguise or ignore. Yesterday’s speech was kind of the cherry on top of the Biden mendacity sundae. He yelled out falsehood after falsehood at labor unions.

President Joe Biden told the largest federation of labor unions on Tuesday that he’s working to rebuild the U.S. economy around workers – while at one point falsely declaring that families have less debt and more savings than when he took office.

The speech before the AFL-CIO convention in Philadelphia was the president’s attempt to reset the terms of the debate on the economy as his own approval ratings have slid while consumer prices – and the cost of gasoline – have surged.

‘Since I took office, with your help, families are carrying less debt nationwide. They have more savings nationwide,’ Biden said.

And the country’s credit card debt is at record highs as well after jumping nearly 20% during the month of April to $1.103 trillion. The previous pre-pandemic record was $1.1 trillion.

The country’s current economic outlook is largely due to inflation, which is at a more than 40-year high. This has caused voters to sour on the economy, despite a mixed recovery after 2020’s pandemic-induced downturn that has led to robust hiring and a healthy 3.6 percent unemployment rate.

The president on Tuesday tried to remind his audience of the food lines and layoffs during the coronavirus pandemic that preceded his presidency, contrasting that with the improvements in household balance sheets under his watch.

He also took aim at widespread ‘lies about reckless spending’ – an apparent reference to the many critics of his COVID stimulus package, which most experts believe at least partially fueled rising inflation.

Then he literally screamed

‘I don’t want to hear any more of these lies about reckless spending. We’re changing people’s lives. And because of the fact, this year, we’re delivering the biggest drop in the deficit in the history of the United States of America.’

About his assertion that the rest of the world suffers worse from inflation than the US? 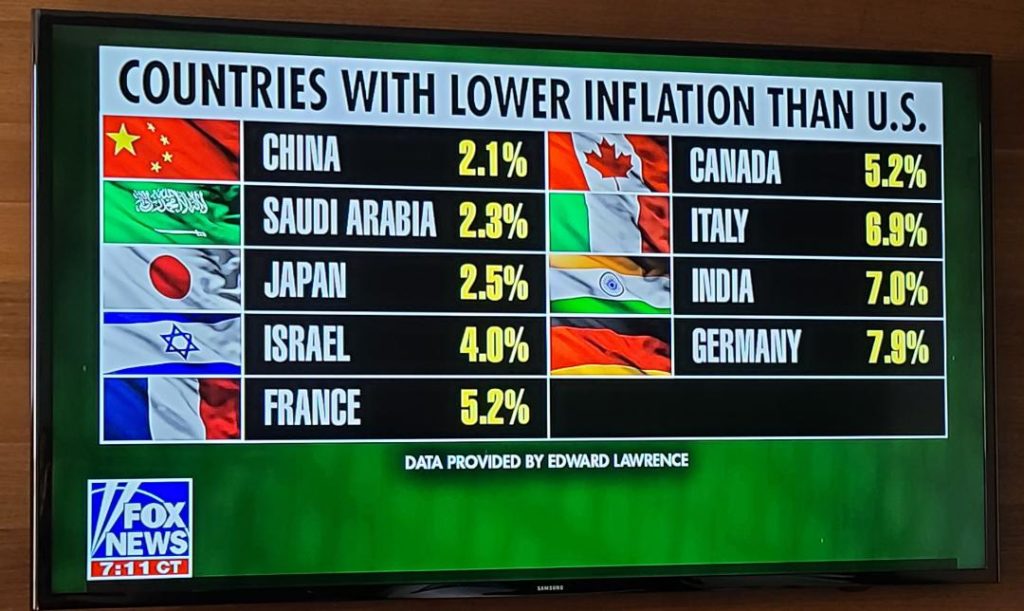 Printing money to lower the deficit is power-fueling the fires of inflation. That ain’t Putin’s fault. Consumer sentiment is at a record low. It is almost unfathomable to consider what would have happened to the country had his $5 trillion spending package passed.

His claims have been widely derided and ridiculed. People’s lives have indeed been changed- for the worse. Much worse.

The real Joe Biden has finally been revealed. What some of us have long known is now painfully obvious to all. His ability to hide among his cohorts is gone. There’s no one else to point a finger at. He is not a nice guy. He is a plagiarist, a cheater, a liar. He took an energy independent prosperous country coming out of a pandemic with a growing solid economy and has singlehandedly wrecked it.