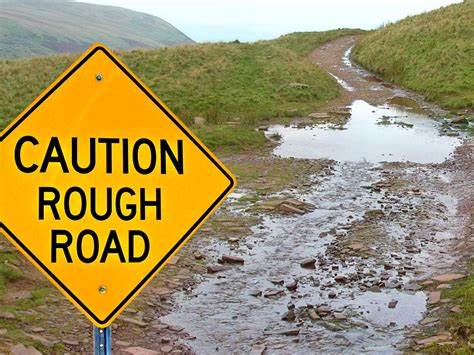 Babies in this country face a perilous journey from the moment of conception and conception itself is no easy task. Sperm have to make the trip all the way to the uterus where one lucky sperm might get to fertilize the single egg released that particular month. Then the fertilized egg has to implant itself into the wall of the uterus. The developing embryo then continues onto becoming a fetus under the shadow of a possible miscarriage.

Then the fetus must face the stark reality that every single left-wing person in the country longs to abort every single unborn child.  They want to vacuum its brain out and carve up the rest during removal right up to the birth due date or harvest the organs for sale.

If somehow the baby escapes that fate, it has to pass the Ralph Northam gauntlet, i.e., a post-birth abortion. That’s the one during which mom and the doctor have a conversation about whether the democrat mom is having a bad day and decides she doesn’t want the baby anymore and the baby is allowed to expire by withholding life support.  President Biden is all in for “abort(ing) a child.”

In fact, Biden considers himself the “child of God” who supports the termination of other children of God.

“I believe I have the rights that I have not because the government gave it to me, which you believe, but because I’m just a child of God; I exist.”

So do the unborn, but no one asked him about that.

The turbulence is not over.

Should the democrat offspring make it past that hurdle more awaits. Left wing parents will be seeking to jab the baby with unnecessary COVID vaccines and boosters.

If the child makes it to school age a whole new set of challenges appears. The LGBTQ community now rules and dominates the education system. The child will be subject to a constant pressure to change gender.

Are You SURE You Aren’t Transgender?

The child will be groomed to become a vested member of the LGBTQ family and become available to the “minor attracted” adults masquerading as educators. What do you do with a fired pedophile?  This:

A Johns Hopkins University center aimed at preventing child sexual abuse has hired a transgender professor who resigned amid controversy after remarks attempting to normalize the phrase “minor-attracted persons,” which expanded on a book about the subject.

Educators having sex with underage students is becoming an epidemic. “Teacher has sex with student” will result in over 30 million hits.

Kids are taught that gender is fluid, that there is no such thing as a woman or man until the rights issue shows up. It’s so confusing. They’re taught that trans women are women and that biologic women and girls deserve to see their rights crushed on that altar.

Rather than learn how to do math and how to read, the child will be forced to participate in the delusions of others, that is, have to learn the proper pronouns and use them else be charged with sexual harassment.

If leftist parents want their perverse philosophies firmly burned into the psyche of the child, they can make sure the child attends church.

A local nonprofit organization is hosting an event for LGBTQ youth in Naples, Florida, on Saturday that will feature a drag show at a church.

The inaugural Youth Pride Conference, which is being hosted by GLSEN Collier, will take place May 21 at Naples United Church of Christ (UCC) and is intended “for LGBTQ youth seeking to explore LGBTQ-related issues they face today,” according to the event’s page.

Youth aged 12 to 18 are invited to attend the all-day event, which the organizer boasts will include free breakfast and lunch, “as well as a drag show from some of our local drag queens.”

The conference will also feature several breakout sessions with a variety of presenters from across the state, who will discuss such topics as mental health, gender dysphoria, “forbidden queer literature,” “inclusive sex education,” “intersectionality and prejudices within the community,” as well as “political action and advocacy.”

Using the church to introduce drag queens to the flock is also become the new cultural fad du jour. Have a peek at how often it happens here. This is just one expects from a house of worship, isn’t it?

And if the child does attend college, he or she will be taught to hate America by leftist professors and encouraged to stomp on the rights of anyone with whom the left disagrees.

Today the odds of growing up normal are stacked against kids. Being born to leftist parents significantly diminishes the chances of success even more.

If we haven’t reached it yet, we are dangerously close to peak insanity. Want to see just how insane? Read this

A transgender mother who forced the seven-year-old daughter she fathered to engage in child pornography at her New Jersey home has been jailed for 25 years without parole, along with three accomplices.

A “child of God” President who does not believe other children of God have a right to exist.

Transgenderism has gone too far. Grooming is out of control. Pedophilia is being normalized. Everything is nuts. Schools are failing to provide children the knowledge they need to live a successful life in favor of faddish socio-cultural indulgences and using those kids for sexual gratification. It’s time to fight back.