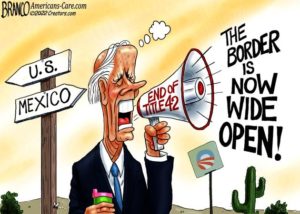 Welcome back everyone! Need a breather from the SCOTUS Roe v. Wade news? Well you’ve come to the right place! I’ve mostly ignored the stories, since 90% of them seem to be reporting on people’s reactions or reactions to the reactions. As always, even without the big story, there’s no shortage of Leftist insanity. Shall we get to it?

We can only hope – I’m not holding my breath.

We can’t let those bastards whitewash this barbaric philosophy

4/30 – LOL: AOC Gets DEMOLISHED after Trying to Bash Elon Musk with Her Own Dumb Inuslt Thrown Back at Her

Brilliant – Fire back at Gulag Barbie with her own stupidity

Didn’t Barry O pull the same thing, trying to blame Dubya for one of his idiotic policies?

If The Radical Left didn’t care about the poor, why wouldn’t the Lefties work so hard to ensure that they stay poor?

No snark – there actually was some genuine good to come out of the Met gala. Yeah, I was surprised too.

5/3 – Is the Disinformation Governance Board Unconstitutional? (Video)

Nothing you didn’t probably already know, but one of the better, succinct summaries.

5/5 – Can Australia climb out of the green grave?

What we Normals see as a warning, The Radical Left sees as a blueprint. Kind of like when we all read 1984.

Will We be Remembered as the Generation That Declared War on Our Children? (Part 1 of 4)

Will the Genius of the Transgender Movement End up Being its Downfall? (Part 2 of 4)

Friendly Advice to The Radical Left: Normalizing Child R@pe Is Not a Winning Issue (Part 3 of 4)

And finally, to honor the late Mother Bob and all of the Moms out there, here’s a Mothers’ Day dedication with a heartwarming tale of a boy standing up for his Mom

#DementiaDon is trending because Trump confused candidates names… Joe Biden can’t remember his own name most days… and he’s in charge of the nuclear codes.

Joe had some comments on May 5th, some mash up on conquoring the latinos in their neighborhoods. Dude I tried that, hint the all you can eat enchillatas are not the secret weapon, jumbo magarita on the rocks is.

Always take one the rocks & not the slushie

The ones in the foil packets are ok in a pinch like around the fire after the kids are tucked in their sleeping bags. Sorry kiddos those are grandmas juice boxes on the bottom of the cooler.

I try to post, but I get an “invalid email” message.

I get that with MP4 files.

Email Curt. I have had the same issue for some reason, but he was able to get me up and running again…

Well, I broke my post up and got it to go. Perhaps fixing the issue for you corrected it overall.

Can you screenshot the error and send it to me?

I don’t get it now, but up in the upper RH corner, a red block appeared that said “invalid email address”

4/29 – Hold them accountable!
I have a suggestion for a new program on one of the woke networks; SVU, Philadelphia. It could be about a Special Victims Unit that went around not arresting criminals, the city not prosecuting criminals and criminals being released from jail. The end of each episode could be the criminal committing a new crime. Thrilling, engaging, quality television. Numerous cities could have their own shows.

Cut off the funding now. The biden economy shows zero signs of improving. Currently we are in a recession and not too far from a full economic collapse(depression). It is beyond time to get our economic house in order.

The ukraine issue is one for the European continent, not America. Let the Ukraine oligarchs pays for their defense…

I thought the Democrats had cut off the AUF? It’s good to go now?

4/30 – Victims of Communism Day, 2022
Does this include US citizens that do not support this socialist, totalitarian regime in place now?

4/30 – LOL: AOC Gets DEMOLISHED after Trying to Bash Elon Musk with Her Own Dumb Inuslt Thrown Back at Her
Cmon, now! Don’t you know it’s cruel to tease dumb animals?

5/1 – Ireland To See Rise In Carbon Tax On Back Of Rising Inflation And Energy Prices
This is how renewables become competitive and “affordable”.

5/2 – THE MET GALA: NOT ALL BAD?
You certainly haven’t heard THIS reported widely.

5/3 – Is the Disinformation Governance Board Unconstitutional? (Video)
I doubt it will ever go into effect and cause any real problems because it will be challenged, but at least the left has showed its cards and revealed their totalitarian proclivities.

5/4 – The consequences of the stolen 2020 election are increasingly catastrophic
My conclusion is that while many accept the fact that the 2020 election a fraudulent farce, they don’t want to delve into the unknown territory of reversing the apparent results. Understandable, but it doesn’t address the travesty of the destruction of faith and trust in our electoral system. Worse, what has ensued is an almost total destruction of the nation… and it’s only been a year and a half.

Had agencies moved rapidly to confirm or disprove (not just deny) the voluminous evidence of fraud, this could have been resolved far less painfully than addressing it after the regime was installed, but everyone with authority simply wished it away.

5/5 – Can Australia climb out of the green grave?
Wealthy liberals who have never worked and never financially struggled, can’t grasp how exploding energy costs (not to mention how that makes everything else more expensive) are turning comfortable middle class people into poor people.

5/6 – Look Who’s Back: Russians Restore Lenin Statue in Ukrainian Town
Though he may not be doing so, Putin is in the perfect position for a “socialist” to reinstate communism; he’s a multi-billionaire that communism could not possibly harm.