The Thing About Adam 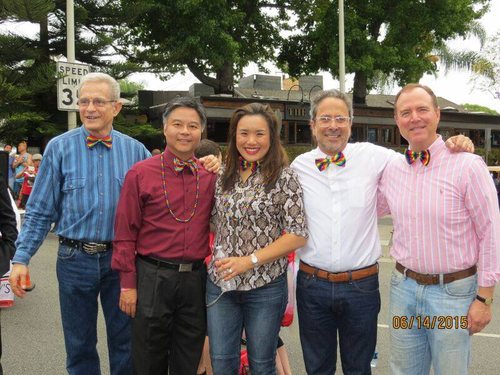 It’s been a gas watching liberals imploding over Elon Musk’s purchase of Twitter. There’s the mentally ill white guy who tries to pass himself off as black

Black Lives Matter activist Shaun King appeared to have quit the platform after labeling the billionaire’s purchase a show of “white power” — only to resurface early Tuesday to lash out at conservatives, including Donald Trump Jr., who were celebrating his absence.

“At its root, Elon Musk wanting to purchase Twitter is not about left vs right. It’s about white power,” King had tweeted before Twitter’s board of directors accepted the billion-dollar bid.

Then there’s Ari Melber, the MSNBC hack who’s deathly afraid that Twitter might wind up doing to him and his ilk what it’s been doing to conservatives for years:

“You could secretly ban one party’s candidate or all of its candidates, all of its nominees. Or you could just secretly turn down the reach of their stuff and turn up the reach of something else, and the rest of us might not even find out until after the election,”

But the best has to be Adam Schiff, the mendacious pencil necked jackass from California. He’s all heated up about disinformation:

Rep. Adam Schiff took to Twitter this week to offer his opinion of Elon Musk and his purchase of Twitter. As nearly all Democrats have done since the news broke, Schiff was largely critical of the purchase and expressed concern about Musk allowing disinformation to prevail on the social media platform. It was interesting commentary coming from the California congressman, given that he has built his career on fabricating evidence and promoting falsehoods without any accountability.

Schiff spreads disinformation every single time he opens his mouth.

Consider Schiff’s numerous difficulties with telling the truth. First, there are his claims of having “more than circumstantial evidence” of collusion between Russia and then-President Donald Trump. He produced none of it. Then, Schiff’s reading of an alleged phone transcript of a phone call between Trump and Ukrainian President Volodymyr Zelensky turned out to be entirely fictitious. Then, there was Schiff’s false claim regarding contact with the whistleblower from Trump’s second impeachment trial.

Schiff has a long history of providing disinformation, and he has done so without facing any repercussions. Schiff’s concerns about disinformation are, in fact, just more disinformation from the California congressman. And while he won’t admit it, his main worry is that Twitter will no longer stifle opinions that run counter to his own. He is upset that the flow of information will now include dissenting opinions. That, and only that, is the real reason why Schiff and nearly every other liberal Democrat are against Musk’s purchase of Twitter.

He has rightfully been labeled the “King of Disinformation.” I think this is a good time to look back at Schiff’s own shady past.
Ed Buck was known as one of Adam Schiff’s best friends, an LGBTQ activist and a Schiff donor. Schiff spent a lot of time hanging with his bro. 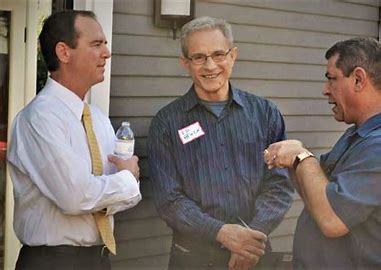 But then, Schiff will do anything for a buck. The evidence is in plain sight.
The Thing About Ed
Things started to go sideways for Buck when gay men began dying at Buck’s house, one in 2017 and another in 2019 and almost another later in 2019. Investigation into Buck uncovered some really sordid behavior. 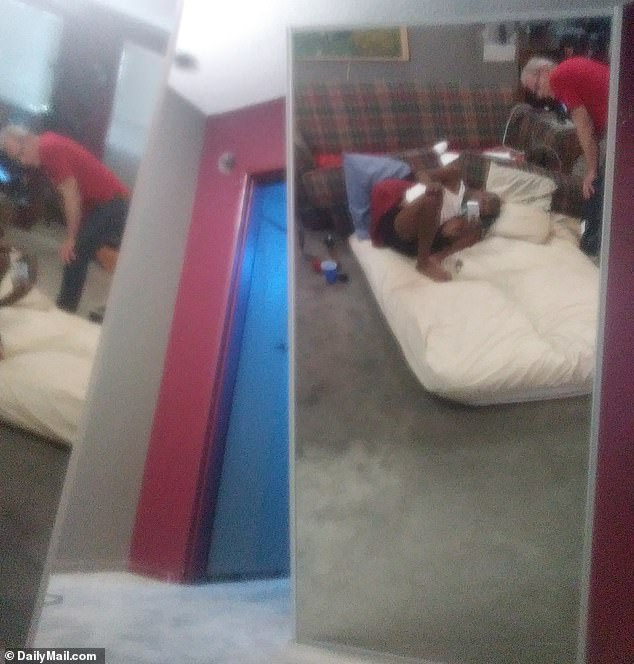 Democratic megadonor Ed Buck, who is about to stand trial in the drugging deaths of two men, lured a stream of young participants to his West Hollywood apartment where they were injected with methamphetamine and played sexual fetish games, federal prosecutors said.

One victim went to Buck’s apartment to model underwear and ingested a drink “that made him feel paralyzed and when he started to come to, he saw Buck injecting him with something,” according to a U.S. attorney’s office pretrial memo filed on Friday. The victim met Buck through an online advertisement to “host a party,” which was understood to mean drug use and sex.

Schiff’s BFF was convicted and sentenced to 30 years in prison. Schiff has never really explained this and there have been rumors of more illicit behavior on Schiff’s part, but they are only rumors.

Schiff seems to have an affinity for perverts. Another of his friends tried to sexually solicit a nine-year-old girl.

House Intelligence Chairman Adam Schiff once praised a doctor who was arrested last week for allegedly asking a 9-year-old girl to send him sexually explicit photos, and later invited him to his 50th birthday party.

Schiff, now 59, who is leading the Democrats in their efforts to impeach President Trump, introduced Bruce Hensel, now 71 and then a TV medical correspondent, at a contentious healthcare town hall in Alhambra, California, in 2009. The following year, Hensel was among the “close to 300 friends and supporters” at Schiff’s Hawaii Five-O-themed 50th birthday party.

This is just what we know. Who knows how far it goes? Perhaps we’ll have a chance to find out once the GOP takes the house.

Funny how those who supported idiot Biden, a documented racist (and white) accusing Musk, who was never politically active in South Africa and left there at 17, of being a “white supremacist”. I believe it was idiot Biden who thinks he has the (white) power to determine who is legitimately black.

Schiff’s BFF was convicted and sentenced to 30 years in prison. Schiff has never really explained this and there have been rumors of more illicit behavior on Schiff’s part, but they are only rumors.

Uh… SO? Since when has unsubstantiated rumors bothered Democrats? Look at the pursed-lipped poof. Seeing is believing. Just develop an accusation and go wild with it. Isn’t that the rule?

Who would think putting determining what is “disinformation” into the hands of people who have destroyed their credibility with an endless stream of lies?

Since when did people (on the Left) start pretending the INTERNET was the end-all and be-all of truth and facts?
I thought the internet was like the wild, wild West, a place where anything went.
Flat earth believers play there.
People who believe that the chromosomes in one’s body are not determinative of their sex play there, too.
Why does everything there suddenly have to be encyclopedia-dry?
Twitter is for fun, it’s not where you go to find out if this is bigger than that, or if he is older than she.

Libs are like this when it comes to candidates for the opposition, too…..they all must be PERFECT, like Jesus, himself or “real” Republicans shouldn’t ought to vote for them.