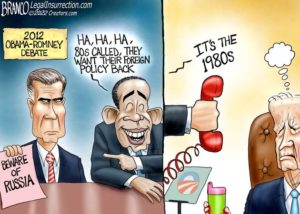 Welcome back good readers to Day 416 of the President Sex Offender* occupation of the White House! How bizarre has 2022 been? It took me two months and a mini vacation to realize I’d been putting the wrong year in the subject headers of these posts! Go ahead – check. Of course, I’m beating myself up less since none of you noticed, either. And all it took was two months and a brief trip to Legoland to get my head cleared. I’m equally impressed that the large stuffed animal that Little Bob won at one fo the “sucker games” managed to fit on the plane with us. Although I must admit, I was a bit surprised at how many masks I saw even in the free state of Florida. Back to the week’s insanity…

My only issue is that the law can’t simply say “boys” and “men” instead of “biological males”, but I get the legal reasons for doing so

3/5 – SJWs Make Their Case in Favor of Child Abuse

Strange how the bad actors never did this under President Trump

The Greens are an anti-America front group? I am shocked, shoked!

3/7 – A Warning to the Biden-Pelosi-AOC Woke: What Boebert’s and MTG’s Disruptive Behavior at SOTU Portends

I spent a lot of time and effort trying to warn my Lefty friends about exactly this. Spolier: None of them listened. Part I

3/7 – Dem Operative David Brock To Launch Attack On Republican Election Lawyers: “make them toxic in their communities and in their firms”

I spent a lot of time and effort trying to warn my Lefty friends about exactly this. Spolier: None of them listened. Part II

Despite what the title suggests, this post is not one of the many pot shots we’re seeing at Big Education today. The article itself is longer than most of what I post, and is a lot more depressing when we see the cause.

The article comes off like the ranting of a carnky old man, but nothing that Don Feder says is wrong

I held my nose when I voted for President Trump in 2016, would have crawled over broken glass in 2020 to vote for him, and will vote for him if he’s the nominee in 2024. That said, I agree with the three reasons in this post, mainly being that I’d rather not fuel the Radical Left’s best Get Out the Vote and fundraising subject, not to mention giving extra ratings to CNN and MSNBC. No, let’s let The Radical Left have to start from the ground up to create their next Emmanuel Goldstein. They’re already working on it with DeSantius anyway, but none will ever achieve the hatred that Leftists have for President Trump.

3/11 – The Frictionless Souls Addicted to the Cause

Some great points about the sudden Ukraine-mania. It connects the dots with other examples of mass hysteria.

ICYMI – While on vacation last week I left you with a post asking What Happened to Howard Stern?

Have a great weekend, and enjoy your St. Patrick’s Day next Thursday!

Western governments turning against their own citizens is the biggest story on earth right now.

Nothing else comes close. That is THE story that’s changing the world.

I don’t know where this is, but it’s pretty funny 😆😆😆 pic.twitter.com/4fMmZKrG8k

Glad to see sanity is returning.

You’re born either male or female, XY or XX. Anything else is a genetic DEFORMITY and does not get a separate “sex” invented for it.

As for as gender delusion, you do that on your own time and pay the consequences.

We need that in Virginia

It’s tough. There are actual trans people, but they are very….very….very….rare. And it’s a mental illness that even they know. It’s like they are trying to wrestle with things and doing the best they can. It’s not brave or bold. It’s sad.

We live in a society created by Christianity that accepts people for who they are, whether mentally or physically handicapped. We all are, in some way.

But this garbage is a weaponization of that love, and it’s quite demonic.