40% of Gen Z Identifies as LBGT… Gee, What Might Cause That? 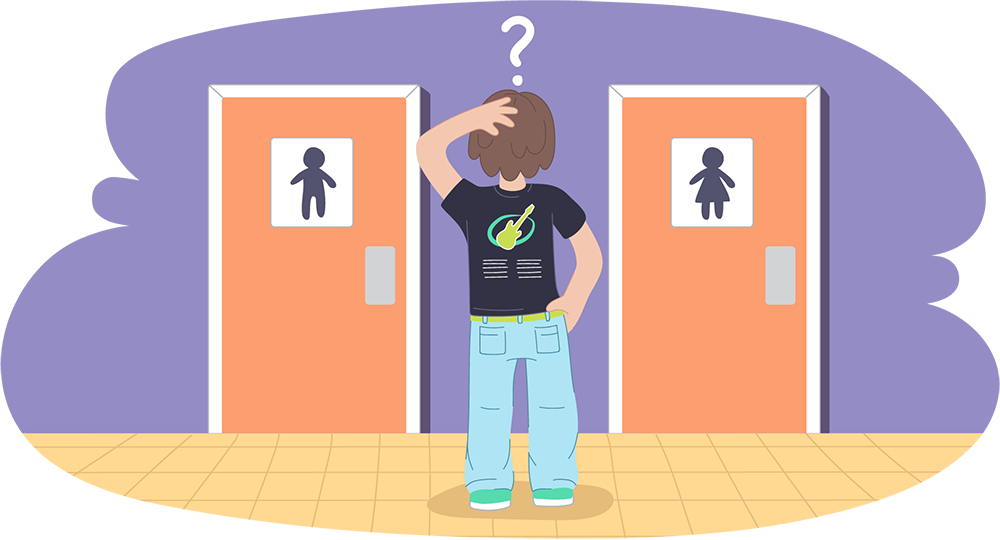 I was shocked not long ago when I read a piece on the Newsweek website. The headline read “Nearly 40 Percent of U.S. Gen Zs, 30 Percent of Young Christians Identify as LGBTQ, Poll Shows”. That, aside from Joe Biden providing free crack pipes to help address racial inequality, is the most absurd thing I may have ever read. Not so much for the data itself per se, but rather, an illustration of exactly how malleable (and lost) young Americans are.

Whatever the natural percentage of LGBT etc. people in the United States is, it’s sure in hell not 40%. It’s probably closer to low single digits. Whatever it actually is, somehow with the left’s championing the of the rainbow, magically 40% of young people identify with it… not tolerate it, not say no problem with it, not even say, good for them, but against the tide of tens of thousands of years of human history, are now, or at least “identify” as, LBGT etc. That tells you a lot about the state of America today.

That so many young adults are so confused about sexual attraction, one of the most basic and important elements of life, one that most people never even have to question because it’s largely written in our genes, tells you quite a bit about how absurd America has become.

Guaranteed you won’t find this absurdity in nations where people struggle for food, water, shelter and freedom. Guaranteed you won’t find this absurdity in nations where war or terrorism or narco violence is an everyday concern. But you do here, because the United States had done such a spectacular – albeit imperfect – job of meeting the basic needs of life and providing unprecedented prosperity for most Americans that we have 40 million or more young people who have the luxury of navel gazing themselves out of the most basic of biological truths. And just to be clear, these aren’t children, they’re young adults born between 1984 & 2002, or between 20 & 38 years old.

How exactly does that happen? The first prerequisite is fulfillment of life’s basic needs. While we hear stories of poverty and desperation daily in the media, the reality is that most Americans do not struggle to attain the basic needs of life, food, water, shelter, and based on the birthrates of the poorest Americans, companionship. While there are no doubt exceptions to that – as there always are about virtually everything – the reality is that even the poor in the United States live better than the average European.

Beyond those there are myriad opportunities for folly, and in America there is a great deal of that. Much of it is driven by the media / academia / high tech cabal that passes for the intelligentsia in America and is increasingly abetted by big business.

My favorite quote of all time is Voltaire who said “Perfect is the enemy of the good.” Twenty First Century America is that quote incarnate. Rather than reinforcing the basic principles that laid the foundation for American success, things like Christianity, limited government, individual liberty & responsibility, freedom and capitalism, today the intelligentsia cabal spend their time attacking those things in the name of “doing better” or “diversity” or “inclusion”. Online and off they showcase everything in opposition to those values. And it’s never enough to welcome “marginalized” groups into the narrative, rather the culture that built America and the 70% of America that is still white must be demolished: Whites are racist. Capitalism rewards the rich at the expense of the poor. Women earn $.77 to a man’s $1.00. The Founding Fathers were racists and frontier settlers too. Systemic racism keeps minorities in poverty. Republicans hate blacks, immigrants, the poor and the elderly. America was founded to protect slavery, the flag is a symbol of racism and the Pledge of Allegiance is indoctrination into the cult. And of course Aunt Jemima was a symbol of racism and Dr. Seuss books too. Virtually anything traditional in American history is in the crosshairs.

The list of complaints never stops as the victim classes continue to grow, to the point that – no doubt taking their cue from Senator Pocahontas – a third of white students lied about being part of a minority group to improve their chances of acceptance into or gaining financial aid for college!

It is this swamp of equity, “anti-racism”, inclusion and infinite pronouns that today’s young people have grown up. From fake news and safe spaces to woke Madison Avenue and endless Kardashians it’s no wonder they’re confused. With proto CRT movements evolving everywhere from schools and the Pentagon to the Boy Scouts and corporate boardrooms, questioning pretty much everything about life seems almost normal. Gone from sight are “toxic” masculinity, “feminine” beauty, nuclear families and much of what defined America for more than two centuries. In their place are messages that men can get pregnant, hard work and math are racist and human activity is destroying the planet.

While these anti-American and anti-science messages have taken off recently, utterly devoid of common sense as they might be, the vapid culture they dominate today has been in the making for decades, going back to participation trophies, gay scout masters, unisex dorms and welfare programs that ballooned broken families.

And so today we find ourselves in a place where almost half of America’s young people question something almost as fundamental as gravity. They look in the mirror and are not sure who is looking back at them… a boy, a girl or somehow someone in between. That is neither normal nor healthy, for the individuals or society. But of course we’re not allowed to say that… because it’s nature, everyone is different and everyone has the right to decide who they want to be. While ostensibly that is true, in practice just because something happens in nature doesn’t make it normal. Siamese twins happen in nature as do serial killers, but neither is what we would consider normal or desirable.

For years young people have been getting the message in the media and in schools that there are no objective truths, that everything is up for debate, from free speech and capitalism to which gender they are. For ideas, such debates make sense and can help strengthen convictions or prompt evolution, which is the whole point. For biology, sexual attraction and the sense of self, for almost everyone such debates are absurd and introduce unnecessary confusion where none really exists.

The world is a complex place with literally millions of stimuli impacting us every day. Handling the intricacies of daily life as a young person is a challenge in the best of circumstances. Our foundations of biology and puberty and sexual attraction both add to those challenges and help us deal with them. From desire and anticipation to risk and rejection, at the critical years of adolescence few things are more important than having a firm grip on one’s sense of self and attraction. It’s into this maelstrom of youth that the left has introduced a malignant, unnecessary confusion that has 40% of America’s young people unsure about exactly who they are. When you don’t know who’s looking back at you in the morning it’s hard to deal with the challenges of life, nevermind persevere and overcome them. That confusion will have extraordinary consequences for these young people and for society, and none of them will be good.

It’s bullshit. All of it.

Many years ago I was required to take a polygraph test as part of an application process for a job. Realizing that all questions have to be answered yes, or no the examiner asked “ do you consider yourself to be sexually normal?” After that process and not getting the job, I determined that I would never take a polygraph exam again. The question itself was stupid. For the record I was and remain, as a favorite columnists of mine expresses it, enthusiastically heterosexual. The point is that as a college age person I was concentrating on my studies and getting a degree. I dated girls but wasn’t bedding a different one three times a week like my peers, if they were to be believed. So was I not sexually normal? None of these issues belong in the schools. They once renamed the War Department and now call it the Defense Department. The Education Department needs to be renamed The Department of Institutionalized Perversion. Maybe that would wake people up and parents might finally demand that this Jimmy Carter sop to the teachers union be disbanded.

He’s going to have a sex-change operation and identify as Jane Fonda, so he can go back and surrender to the peaceful Vietcong.

I see it in the youth as well. When we go to the high school.homecoming parade, there are floats for all the various clubs. There’s an Asian club, an Hispanic club, an African American club (curiously, no “white” club) and there’s an LGBTQ club. Really?

I think it’s a desperate attempt to be “cool”, unless that term is archaic and a newer one is available. The young people go to great lengths to “accept” anyone and anything (well, except for Christians or patriotism) and what’s more accepting than BEING one of the group requiring acceptance? No, there is nowhere near 40% that are actually mentally ill in this way; they are simply too lazy to make an effort to appeal to their peers in any other way other than to appeal to their social guilt.

Combine that with militant, radical LGBTQ people who want to expand their political clout by enlisting new soldiers for the cause and you get to your phony 40%.

Taking GOD out of the public square has contributed immensely to the depravity present in our culture. There was a time not too many decades ago where society placed firewalls against this type unacceptable behavior.

Their community is a significant minority but they seem to be afforded mainstream majority status. The public schools are places of indoctrination for this type of abhorrent behavior.

The public schools are places of indoctrination for this type of abhorrent behavior.