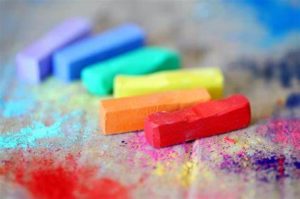 For years grooming gangs in England visited sexual harm upon countless young women. The abuse went unconfronted for years for fear of being called racist. It was a terrible thing and something similar is happening in the US right now.

Not satisfied with tolerance, LGBTQ activists are now grooming children to join their ranks in a clandestine manner, without parental knowledge.

Two teachers in a California school district are accused of coaching a student into coming out as transgender behind the backs of the student’s parents, according to video footage circulating on social media.

When the parents objected

School staff reportedly changed the student’s name and pronouns and called Child Protective Services when the parents objected to the gender transition, according to a Twitter thread by LibsofTikTok posted early Thursday morning. The thread included video of the girl’s parents addressing the school board of Spreckels Union School District on Wednesday.

In Fleming Island, Florida a young girl was secretly coached by a counselor to believe she was a boy

According to the complaint, the daughter sought guidance from the counselor because she was being bullied. She liked video games, which is something her peers say boys do. A friend “confided she thought she was transgender,” and the girl thought she could be transgender as well because “she wanted to be strong and free ‘like a boy.’” When the child went to speak to Washington, she saw “a lot of posters, literature, and other promotional materials related to LGBTQ ‘pride’ in Washington’s office.” The girl “thought those materials were ‘cool’ and asked Washington if she supported transgender people.” Washington said she did, at which point the child told Washington, “In that case call me ‘M’ and ‘he.’”

The young girl would then twice attempt suicide.

In September 2020, January Littlejohn of Tallahassee, Florida, was shocked when her 13-year-old daughter inadvertently revealed a secret. School officials wanted to know which bathroom she preferred to use “as a result of her requested name change.” More shocking was her discovery of a plan devised during a private meeting between her daughter and school officials without her knowledge or consent.

“She was so flippant about it,” Littlejohn told The Epoch Times, “and what I’ve come to understand is these kids claiming transgender identities out of the blue have no idea of the scope or scale of what they are saying, things they are asking for in terms of hormones and surgery. It’s like they’re asking to get a nose ring or their hair dyed or a piece of clothing they know their parents are going to reject.

A new syndrome was created to justify this recruiting- “rapid-onset gender dysphoria.”

This activism is becoming a cult. Abigail Shrier:

Shrier, the author of Irreversible Damage: the Transgender Craze Seducing Our Daughters, wrote at her Substack column Thursday that the leaked materials from a meeting of the California Teachers Association (CTA) last month revealed the union “advising teachers on best practices for subverting parents, conservative communities and school principals on issues of gender identity and sexual orientation.”

“Speakers went so far as to tout their surveillance of students’ Google searches, internet activity, and hallway conversations in order to target sixth graders for personal invitations to LGBTQ clubs, while actively concealing these clubs’ membership rolls from participants’ parents,” she added.

The documents and files, Shrier reported, were “authenticated by three conference participants,” at a sold-out event in Palm Springs October 29-31:

The “2021 LGBTQ+ Issues Conference, Beyond the Binary: Identity & Imagining Possibilities,” provided best practices workshops that encouraged teachers to “have the courage to create a safe environment that fosters bravery to explore sexual orientation, gender identity and expression,” according to the precis of a talk given by fifth grade teacher, C. Scott Miller.

They are handing out the equivalent of social candy to the kids:

According to Shrier’s report, some of the union’s workshops advised teachers on how to create the LGBTQ clubs commonly known as “Gay-Straight Alliance” (GSA) groups, while one – “Queering in the Middle” – zeroed in on how to especially grab the attention of middle school-age children.

This has to stop.

Gender dysphoria is nothing new. It is generally believed to sort itself out by adolescence.  60–90% of trans- kids turn out no longer to be trans by adulthood.

These children should be supported and not bullied but they should NOT be recruited and not be encouraged to undergo pharmacologic treatment and especially not irreversible surgical intervention. There is a significant amount of regret following gender reassignment surgery. You can read about it here, here, here, and here.

Upon adulthood they are free to decide a direction for themselves.

Nothing should be happening without parental knowledge and consent before that.<

Now do you remember why they were kept in the closet all that time?

This “gender dysphoria“, when it actually exists and not just an attempt to be “cool” or “edgy”, is a mental illness. It is a confusion and should be treated as such. But the left wants to exploit it to try and grow a leftist interest group. It doesn’t matter if individuals or families are destroyed; they want to create an inequity and then exploit it.

Democrats are scum and if there are any Democrats with character and morals, they need to purge their party of such scum.

Seriously. I think that’s what this is about for the Left: grooming.

Every single one of these perverts pretending to be “teachers” should be convicted of child abuse, be registered on the sex offender list, and NEVER be allowed children ever again.

What motive, other than something harmful to a child, would require an adult organization to deliberately deceive the child’s parents?