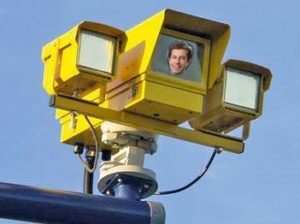 Did you know that highways are racist?

That’s the claim made by Transportation Secretary Pete Buttigieg.

US transport secretary Pete Buttigieg said highway designs in the country were “racist,” and claimed that the new infrastructure bill would help fix it.

Mr Buttigieg was asked about the bipartisan infrastructure bill that was passed by Congress last week during an interaction with reporters on Monday. He was also questioned about his plans to “deconstruct the racism that was built into the roadways.”

This was in reference to his earlier stand that racism was “physically built” into highways.

At a time when roads and bridges are in need of repair and replacement Buttigieg chooses to pursue social engineering instead.

Buttigieg’s arguments are not on solid ground.

It is highly disputed

According to Kessler, he had been contacted by Peter Shulman, an associate professor of history at Case Western University, who said the bridge story cited by Caro is “largely debunked.” Another historian, Kenneth T. Jackson of Columbia University, flatly told Kessler in an email that “Caro is wrong.”

“Arnold Vollmer, the landscape architect who was in charge of design for the bridges, said the height was due to cost,” Jackson wrote, according to Kessler. “Also, you can still get to Jones Beach by train and bus, as you always could.”

I know, it’s shocking that a liberal would make a false claim.  Ted Cruz offered an amusing response

“The roads are racist. We must get rid of roads,” mocked Ted Cruz, a Republican senator, in a tweet. “You see, we Hispanics are very, very tall, and we need rich, woke Dems to raise the bridges for us. Without Pete’s condescending help, there’s no way we can get to the beach…”

So, what was Buttigieg’s answer to this racism?

Buttigieg introduced the plan last Thursday, describing the problem of road safety as one of fairness, noting that “people of color, Native Americans, low income communities, [and] people in rural areas, [are] more likely to die on our roads.”

You might, as I do, wonder why Buttigieg doesn’t focus on putting speed cameras in those particular areas, even though this is going to be more of a burden on the people in those areas.

What he did not mention was that poor people, and people of color, are impacted more by traffic tickets, with black drivers and other minorities far more likely to be ticketed — and, in many cases, less able to afford the resulting fines for violations.

Speed cameras can be used to target minorities:.

In Chicago, which has more red-light cameras than any other city in America, Mayor Rahm Emanuel’s rollout was marred by political corruption and claims that the cameras were not only inaccurate, but also disproportionately targeted black and Latino drivers in the city.

“A ProPublica analysis of millions of citations found that households in majority Black and Hispanic ZIP codes received tickets at around twice the rate of those in white areas between 2015 and 2019,” ProPublica reported earlier this month.

And can lead to corruption:

The company supplying Chicago’s cameras, Redflex, reached a non-prosecution agreement with the Department of Justice and a $20 million civil settlement with the City of Chicago after related bribery scandals and convictions in the city and in Columbus, Ohio.

The bottom line is revenue, surveillance and control, and they are intoxicating.

Buttigieg is taking De Blasio’s war on drivers nationwide: NYC Republican warns there were 20 speed cameras at start of former mayor’s reign and now there are 1,400 raking in $215M a year or $25,000-an-hour and ‘Pothole Pete’ wants them across US

I don’t know that people realize what a pain in the ass speed cameras are. They are used in England extensively and are monumentally despised. They are especially hated on long stretches of roadway. A driver is clocked in when entering a motorway and then again when exiting the motorway. If the time spent on the motorway is less than would be seen at the speed limit, a speeding ticket is issued. There is no arguing. There is almost never a successful appeal.